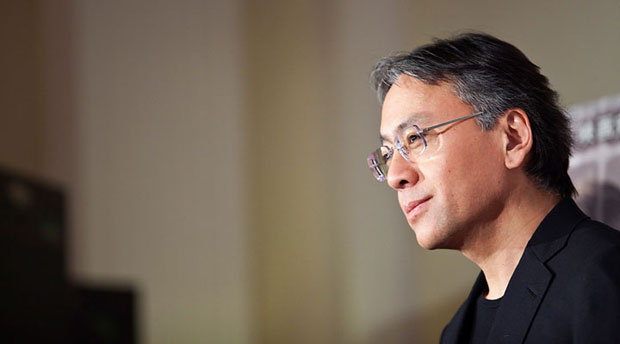 The latest lit dust-up over genre involved Kazuo Ishiguro and Ursula K. Le Guin. In a review of Ishiguro’s new book The Buried Giant, Le Guin took umbrage at some remarks he made to the New York Times. “Will readers follow me into this?” went Ishiguro’s offending comment. “Will they understand what I’m trying to do, or will they be prejudiced against the surface elements? Are they going to say this is fantasy?”

Le Guin chaffed at the disavowal of the fantasy genre, responding deliciously that reading Ishiguro’s books was “like watching a man falling from a high wire while he shouts to the audience, ‘Are they going say I’m a tight-rope walker?’”

In an industry that can be polite to the point of obsequiousness, it’s invigorating to see two legends spar. Still, I’m of the mind that genre divides in fiction are at best a little silly, and at worst a creation of marketing professionals that should be viewed with skepticism. As Ishiguro later clarified, “I think genre rules should be porous, if not nonexistent.”

After this last jaunt in the Internet lit scandal echo chamber, it may be time to put the genre debate to bed (see this recent Round-Down for further discussion). It doesn’t seem necessary to banish all labels wholesale (Electric Literature published a very smart essay to that end), but a gentler approach may be to think not of genres, but of literary traditions.

In recent years there has been a heartening boom in fantastical, or speculative, fiction. This is great news for all of us in the “keep fiction weird” camp, and even better news for those of us who love humor. The uptick in speculative fiction has meant a similar uptick in humor, or in authors attempting humor: maybe bleak near-futures corrupted by alienating technologies and mankind’s arrogance go down easier with a spoonful of irony.

Even within speculative fiction, humor follows distinct traditions. There is the science fiction tradition—Kurt Vonnegut’s human zoo on Tralfamadore, George Saunders’ inmates dosed with Darkenenfloxx. Kafka’s surrealism has its heirs, as does Marquez’s warm, magic-steeped wit. The unceremonious exit of Major Kovalyov’s nose in the famous Gogol story has found absurdist inheritors.

Unlike existing literary genre parameters, which consist of broad strokes (if it’s got a dragon in it it must be fantasy, but if the dragon proves to have tentacles it’s sci-fi), the boundaries between humor traditions are tougher to pin down. They are defined by largely intangible factors: texture, tone. They are dictated, naturally, by the author’s voice. There is some greater or lesser degree of irony. What is more clear is the purpose of humor in this kind of writing. Beyond entertainment value, it serves to underscore the great themes with which this work often grapples, the comic hopelessness of man against society, technology, or self.

Last year alone I was impressed with Jeff VanderMeer’s Southern Reach Trilogy, Diane Cook’s Man V. Nature, Julia Elliott’s The Wilds, and many others. As long as imaginative writing perseveres, I think it’s okay to take the taxonomists a little less seriously. With apologies to Linnaeus, who cares?