Home
»
Excerpt
»
“The Man on the Beach” by Josie Sigler Sibara 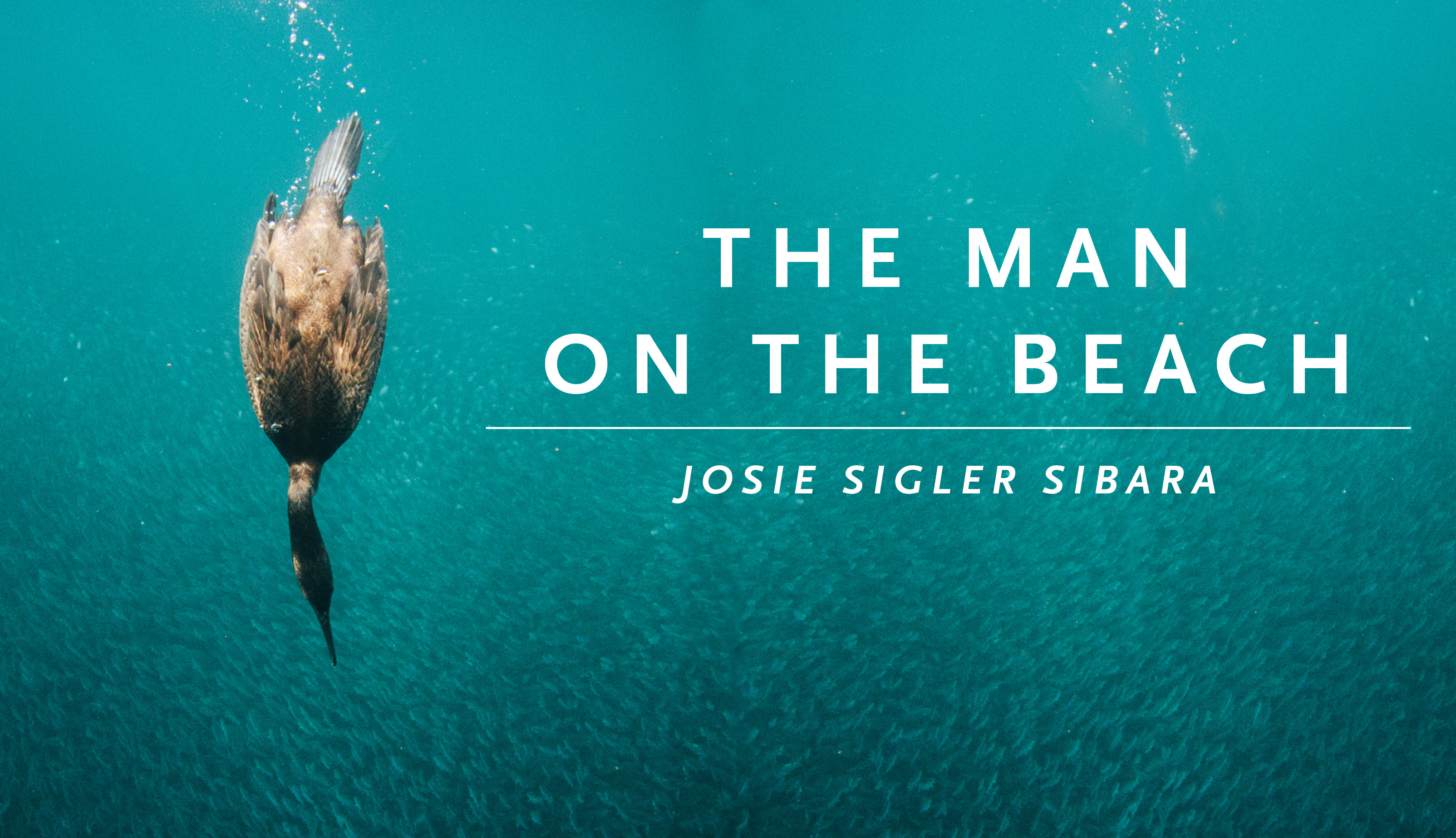 The following is an excerpt from the latest installment in the Ploughshares Solos series: “The Man on the Beach” by Josie Sigler Sibara, available now for $1.99.

I have often paid the price of sleeplessness for my father’s crimes, the crimes of all of Germany, though I had never set foot in that country when I again encountered the idea that became so compelling to me in the summer of my thirteenth year.

On a scorching August evening in my fortieth, I was walking down Sunset on my way to a Dodgers game. I was alone. The two things I loved best about living in the States, the baseball and the uncloseted men, didn’t always go hand in hand. Especially not in 1986. Who could invite a friend to succumb to such amusements while the Reaper floated down alleyways wearing love’s clothes? Outside a secondhand shop, I stopped to examine the offerings on a shelf labeled with a cardboard sign that read: free books. The first I touched, with its glossy cover and effusive blurbs in bright yellow font, looked like it had been printed in some conspiracy theorist’s garage, but I did not put it down. It was about Nuremberg. Nazis who fled.

I tucked the book under my arm and walked on, throat tight. In the stadium, I stowed it beneath my seat. Days before, at my friend Aleks’ funeral, I had promised myself again that I would face the legacy I had spent two decades avoiding. A familiar promise, usually made upon waking from a nightmare I didn’t fully understand. By morning, I would bury again the reason I felt guilty, ashamed, deserving of death. But I had begun to understand the brittle, patient terror of knowing you will lose everyone you love in a fell swoop. I was expecting two things that week: the results of my own test and another funeral.

The Dodgers lost. It was the outcome I favored in those days. I felt rocked in common sorrow between the strangers who flanked me. I considered leaving the book under my seat. But I didn’t. I walked back home, put the book on my bedside table, stripped to my shorts, and lay down. After a failed attempt to drift off, I rose, feeling the tremors of a dam about to burst. I shook myself a martini, but instead of turning on the television as I often did, I sat in the living room before an open window and began reading. The writing was awful, but I was keeping my promise, wasn’t I? By the second chapter, which opened with a brief and stilted biography of Hitler, I found myself nodding off. I was about to close the book when a footnote caught my eye, a single word: Patagonia.

Josie Sigler Sibara is the author of The Galaxie and Other Rides, a collection of stories about growing up in post-industrial Detroit, and a book of poems, living must bury, which won the Motherwell Prize and was published by Fence Books. Sigler Sibara completed a PEN Northwest Wilderness Residency, during which she lived for six months on a remote homestead above Rogue River in southern Oregon’s Klamath Mountains. She has received a National Endowment for the Arts Literature Fellowship and an Elizabeth George Foundation Grant. The draft of her first novel recently won the James Jones First Novel Fellowship.