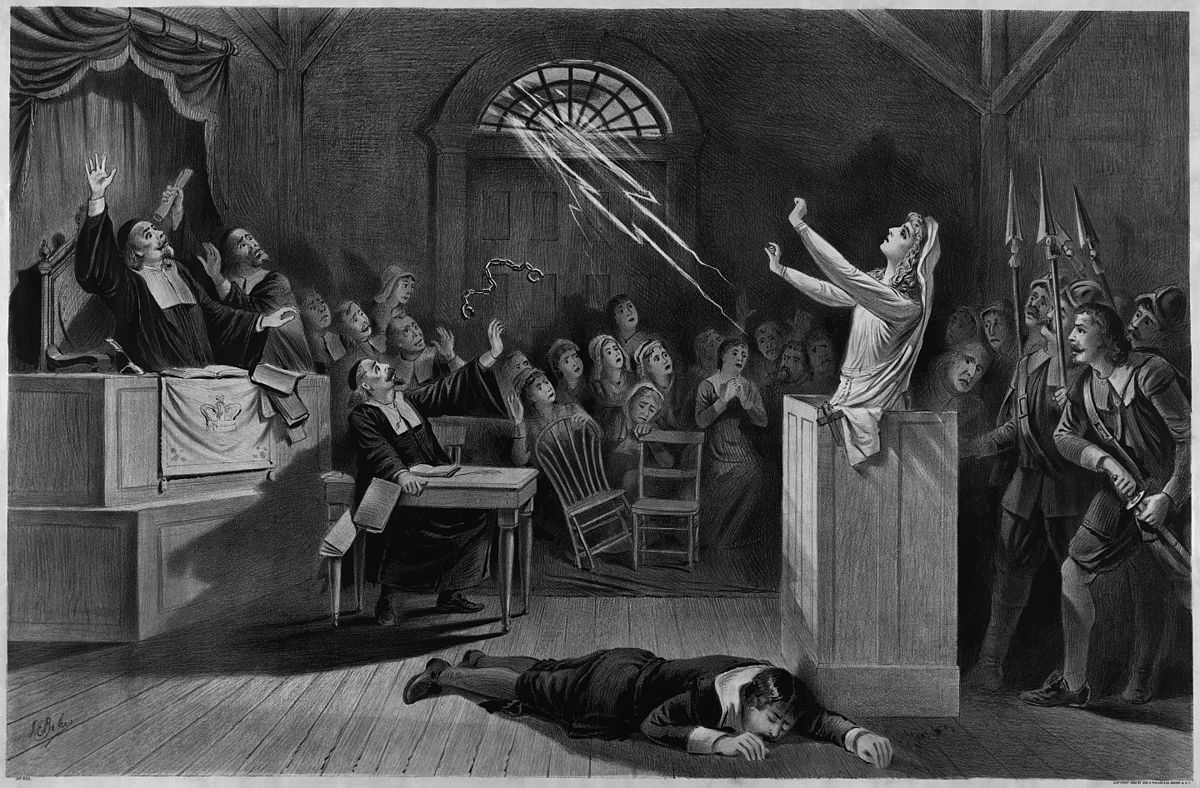 When I first read Yohanca Delgado’s short story “The Little Widow from the Capital” a few months ago, I got an eerie feeling—had I read this piece before? It felt like déjà vu—a second reading of a story about an unmarried woman who is a part of and yet set apart from her community. The voice of the storyteller, too, read as familiar, striking, and specific; I quickly realized it reminded me of William Faulkner’s story “A Rose for Emily,” with its use of the first-personal-plural point of view—an aspect Delgado’s story shares, to similar effect.

“A Rose for Emily,” first published in 1931—when the Daughters of the Confederacy began breathing new life into the idea of white southern supremacy, ushering in the era of Jim Crow—is about a southern American woman whose life is as unfulfilled as the Confederacy’s Lost Cause. The narrator, speaking as “our whole town,” purposefully fractures the story’s chronology, but it appears the narrative starts, more or less, in 1894, thirty years after the South lost the Civil War. “A Rose for Emily” leaves readers perplexed to find themselves riveted by a story displaying little human concern for the title character, and repulsed, at the end, to find that Miss Emily Grierson has been laying with a corpse. The group narrator judges Miss Emily as an individual—once valued, but then left behind; she is a “fallen monument,” little better than a curio. “Our whole town” stands in awe of her, to the extent that they no longer share her reality—Miss Emily does what she wants, to her detriment. Their acquiescence casts Miss Emily into a world of one.

Delgado’s story, published this spring, like “A Rose for Emily,” amidst extreme sociopolitical division—vaxxers versus anti-vaxxers, Black Lives Matter supporters versus All Lives Matter Supporters, Trumpers versus sane people—is about a woman needing a new start. She moves from the Dominican Republic by herself to live in New York City, where she rents a three-bedroom apartment in a building filled with her compatriots. Instead of welcoming her, the group narrator, speaking as “we,” stands off in harsh judgment of the widow, initially because of the space she rents. Three bedrooms? the narrator questions. “How could she afford it?” The group’s jealousy results in cold scrutiny and superficial impressions that make it feel free to exercise its prerogative over the widow.

Both of these stories, on close reading, have much in common. Most interestingly, in both “A Rose for Emily” and “The Little Widow from the Capital,” the group narrator is insular, one-directional, one-dimensional, monolithic, and unforgiving in judging a woman.

The first-person-plural perspective embodies a compelling voice that cuts across, while simultaneously accommodating, the American myth of individual primacy. This primacy of individuals is rooted in the U.S. Declaration of Independence, where Thomas Jefferson’s poetics marries the singular and the plural in the magical phrase “one people.” Solo and many united. This gave rise to an appealing idea of individualism that continued into the nineteenth century—see Horatio Alger’s pull-yourself-up-by-your-bootstraps, don’t-need-nobody heroes—and morphed into the twentieth-century image of the rugged individualist (John Wayne, Clint Eastwood, Bruce Willis, etc.). In the twenty-first century, via Citizens United v. Federal Election Commission, the U.S. Supreme Court established that a group has person status.

In Delgado and Faulkner’s stories, the group operates as an individual, replete with the human drive to survive. In “A Rose for Emily,” for example, the group acts like a parent, protecting the future of “our whole town.” Its young people with their “modern ideas” are the backbone and spirit of the town; it values the laughter Homer Barron stokes in the town square, but shields the young from the “disgrace” of Barron and Miss Emily’s relationship.  In “The Little Widow from the Capital,” the group narrator (which admits to leaving the widow out of “our birthday parties and gatherings at Christmas”), in a desperate grasp at self-affirmation, sees itself in the widow’s faceless dolls. Fearful, it shies from the widow’s door for three days, hoping to avoid her magic, which is thought to disappear people. In both instances, these group-individuals shield, avoid, and restrict. Soon, this behavior predictably escalates: when the group encounters antagonists, it vanquishes them.

In “A Rose for Emily,” the collective narrator refers to itself as “our whole town” and “we,” in opposition to “they” and “them.” Sub-groups of the in-group include “the next generation,” “their fathers,” “a deputation,” “all the ladies,” “young men,” and “the little boys”—standing in opposition to “niggers.” In recognizing these sub-groups, the group narrator acknowledges that while “our whole town” is heterogeneous, it is integrated in character. “When Miss Emily Grierson died, our whole town went to her funeral,” we read. “The Little Widow from the Capital” makes no pretense about sub-groups: there are none. Perhaps this is because the group exists in a place that is relatively homogenous; perhaps it is because the group is a very physical entity—actual bodies congregate, and are segregated. “We had already reviewed, on many occasions and in hushed tones, in the quiet that comes after long hours of visiting, what little we knew about the widow and her dead husband.” This self-identified “we” is a faceless, nameless, group. The difference between these two group narrators reminds me of the difference between today’s Democrats, who are known for having a big tent, and today’s Republicans, whose members walk a narrow path.

The focal point, in both stories, is a woman overcoming trouble with a man; the group narrator uses this against the women. Consider how the group narrator handles Miss Emily’s lover: down from up north to supervise a crew building sidewalks, Homer Barron is held out as Miss Emily’s faithless lover. In the powerful structuring of one sentence, however, the group narrator implies that Homer is gay. “Homer himself had remarked – he liked men and it was known that he drank with the younger men in the Elk’s Club – that he was not a marrying man.” The group’s misuse of the dash punctuation mark is sophisticated and stunning in amplifying incorrect meaning. Miss Emily desires marriage; “our whole town” sullies her beloved to get rid of him. After Miss Emily buys arsenic “for rats,” the narrator says, “We were not surprised when Homer Barron . . . was gone”—the implication being that Homer belongs to that group—rats. Regardless of whatever he did to/with/for Miss Emily, he was foremost a Northerner, a specific existential threat to “we.” The group narrator’s attitude is thus hardened by its fear.

Named individuals, importantly, are doomed in both pieces. In “The Little Widow from the Capital,” readers see little of what the widow loves about her fiancé, Andres, but we learn in great detail about his drunken invasion of the widow’s home, and how he forced himself on Lucy, the widow’s boarder. The group narrator, however, casts doubt on the credibility of Cheryl, its chief spy, who allegedly witnessed the incident: “Only Cheryl, who slowly and silently slipped the chain lock into place, all while holding her door ajar and keeping one eye firmly on Andres—can describe what happened next, and only you can decide if you believe it.” In undermining Cheryl, the group narrator communicates that she has outlived her usefulness: she sees and is seen as an individual. Cheryl comes to this realization as well: when the widow locks eyes with her, Cheryl “nearly died of shame.” Similarly, in “A Rose for Emily,” when Miss Emily tells the deputation that Colonel Sartoris said her taxes were paid, in perpetuity, the narrator mocks him. “Colonel Sartoris invented an involved tale . . . Only a man of Colonel Sartoris’ generation and thought could have invented it and only a woman could have believed it.” Meant as an insult, lumping the colonel in with women feminizes Sartoris.

Dedria Humphries Barker is a writer in Michigan and the author of Mother of Orphans: The True and Curious Story of Irish Alice, a Colored Man's Widow. Her work has been published by the historical societies of Michigan and Ohio, by the Society for the Study of Midwestern Literature, and in the anthologies Black Lives Have Always Mattered and The Beiging of America, and Absolute Visions: An Anthology of Speculative Fiction.