Home
»
Personal Essays
»
The Mother of All Fears 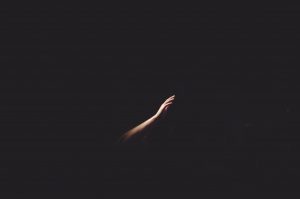 This week, I reread Alexandra Kleeman’s short story “Choking Victim.” I had first read it when it was published in The New Yorker in May 2016, when I was spending most of my days at home with a mysterious newborn, scared out of my mind that I might accidentally forget to feed him or change him or give him his vitamins. The impression the story left on me back then was profound: a new mother in a new town who spends her day trying to leave a positive mark on the evolving mind of her six-month-old while battling her own sense of lost personhood, only to entrust the child in the hands of a friendly stranger at a café, and find her later in the arms of a police officer—sound of body, mind unknowable—among the flashing lights of an emergency. I had often harkened back to that scene in my mind: the fear, the guilt, the pervasive sense of self-loss, trumped only by the unthinkable thought of the loss of the baby itself.

Fear is inseparable from parenthood, often to a crippling degree. Fear of the child being harmed, fear of harming the child ourselves. SIDS, choking hazards, falls. Fear of scarring them emotionally, of passing on our fears to them. Fear that they might end up nothing like us. Fear that they might end up just like us. Karen, the protagonist, is terrified by the notion of her baby’s open mind, drinking in horrors without so much as babbling for an outlet. She is also anxious about what the lack of babbling itself might signify. She is beside herself with feelings of incompetence and detachment. I used to lie awake in bed in the middle of the night, waiting to hear a little gurgling breath. I used to picture myself dropping my child while descending a staircase. I would watch my baby fall asleep at the breast, and reel with the knowledge that he wasn’t nursing well and with the possibilities of all that ungained weight.

Many things have changed since. Kleeman’s short story collection, Intimations Stories—which includes “Choking Victim”—was published. While the child in the story remains six months old, mine is now nineteen months old. It’s been over a year since I moved to my own new city. The isolation, boredom, sense of disassociation from one’s own body and from society, which Karen is possessed with, and which I had resonated with so intensely upon first read, are now much less prominent in my life. As I read about Karen’s struggle to regain a sense of herself as an independent being, one who can consider and enjoy things other than her baby, I realize that—to a great extent—I have overcome this challenge that was such a major part of my maternal identity for so long.

But fear is still there. Now that my son is older, I have visions of kitchen knives grasped naively by small hands, and of tripping at unfortunate angles, a-la-Million Dollar Baby. I worry that I might be kissing him against his will or that he is consuming too much sodium. All this fear turns parents into temporary superheroes, often against our will. We are our children’s protectors, fierce and fearless, ready to tackle any peril that comes their way. And now that I allow myself more wiggle room to also be Yardenne (rather than only Mama), I am seeing other, more personal fears, taking the stage.

A few weeks ago I bit the bullet and went to see the new IT. I had gone back and forth on the idea, had a small-scale panic attack the night before, and almost canceled. By my husband’s advice, I went to see the matinee so that I wouldn’t have to return home afterwards in the dark. I felt unhinged and ashamed. Why was I choosing to watch a film that I knew would scare the living daylights out of me, knowing full well the anxious days and nights that would follow? Then again, how could I not experience something that was such a major part of my psyche? I had seen the earlier version (starring Tim Curry as Pennywise the Clown) as a child, and was petrified for months after. I would only sleep with the light on, and had to be accompanied to the bathroom by my sister). In my early twenties I read the book by Stephen King. I never imagined a book could be so frightening. I fell in terrified love with the intricate world King had constructed, a world in which children are left to fend for themselves against an evil that adults are incapable of seeing, helpless to fight off, and all too often bring about. In everything I have written since, childhood is a fantastical, isolated universe disconnected from the rest of the world.

Well, I watched it, and I survived. The next few nights found me jumpier than usual, but I still managed to sleep at night. Perhaps the exhaustion of parenting helped with that. But I have noticed something: when I turn off the lights to put my baby to bed at night, my eyes bounce around, searching for hidden predators, and the dark path from his crib to the door is filled with menace. Ever since reading about the benefits of blackout blinds, I have been adamant about keeping light out of the nursery. He is too young to be afraid of the dark, I reasoned with my husband. But what about me? Am I too young? Too old? Now that he is bigger and more independent; now that I no longer contain his every need; now that he spends part of the week away from me, in his own private world of children, leaving me to my own work, hobbies, interests, traumas, and phobias, do I once more have the space to indulge in my own private fear?

That questionable privilege is surely mine. Even though he is the child, the one—according to the inner logic of the Stephen King universe—most likely to have visions of IT and be drawn to them against his better judgment; even though I know that the best tactic against such superhuman evil is to, somehow, not be scared; even though I know I am meant to be the brave adult who shields him from the horrors of this world—physical and supernatural—from this deep-seated fear of the experience of fear itself, on that endless, spine-tingling walk from his crib to the door, for the first time since he was born, I am chilled to the bone with fear, not for him—but for me.