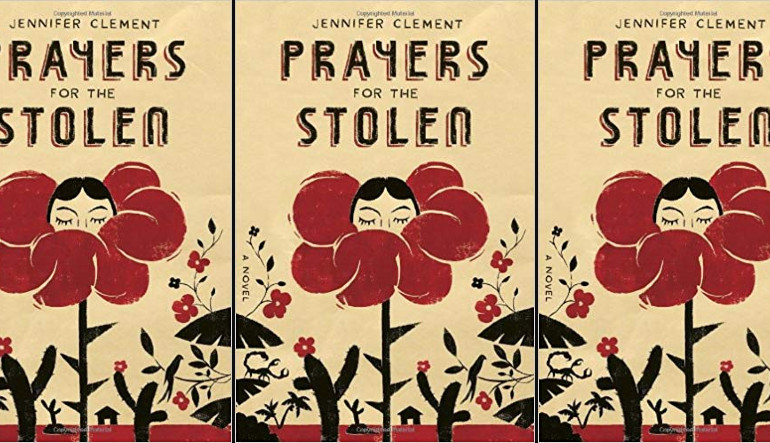 Every once in awhile a book comes across my desk that I read and can’t believe hasn’t blown up bigger already. Jennifer Clement’s Prayers for the Stolen is the thing I’m big on right now, a novel about the dangers of being a girl in contemporary Narco Mexico, narrated in first-person by our protagonist, Ladydi Garcia Martínez.

The novel is about the young girls and women growing up in the mountains of Guerrero, Mexico where the men have left to work in the United States and the women are left to fend for themselves, hiding their daughters away from the drug traffickers who roll through town in their black SUV’s looking for young girls. While the writing is good (very good, in fact) and the plot is fuller than some of Clement’s other works, the thing I’m big on with this book isn’t so much its technical or narrative aspects as its timeliness: this is probably the first English-language novel about the contemporary Mexican drug war written by a Mexican author.

Jennifer Clement was born in the United States but grew up in Mexico where she now lives, writes, and acts as the current president of PEN/Mexico, carrying out the mission of the PEN organization in addition to her work protecting Mexican journalists and writers who have recently come under attack by the cartels. Currently, Mexico ranks among the most dangerous countries in which to be a writer, along with the likes of Syria, Egypt, and Iraq, leading in numbers of journalists silenced or killed. And it’s in light of these facts that I’ve come to see this novel as a unique kind of miracle all it’s own.

For those who haven’t read it yet I won’t spoil much. It should suffice to say that Prayers for the Stolen is not only brazen but brave in the most cosmopolitan sense of the word. And beyond that it’s smart. It’s able to do what so few writers (and fewer novels) have been able to do in the past, boiling down the unwieldy macro elements of the contemporary moment into a completely non-sensationalized human narrative. This novel links transnational immigration, sex-trafficking, globalization, and the contemporary Mexican drug war into poetry so precise you almost forget you’re in a novel.

In that sense, I think it’s very much a novel written in the tradition of her Latin American contemporaries—a novel written with gritty, almost journalistic realism. But at the same time I can’t help but wonder if this is some new kind of novel, or at least some kind of forgotten style of novel that used to be so prevalent in the American literary fabric but got lost somewhere along the way. Clement’s style of writing has been compared to writers such as Thoreau, Melville, Tom Wolf, and Hunter S. Thompson, with regard to the incredible amount of research that goes into her work, and—to borrow from Andre Dubus’ canonical essay, “The Habit of Writing”—it’s that research that makes the writing more vertical than horizontal.

That is, you get the sense that Clement writes deep, in the service of her characters, rather than long, in the service of the story. She doesn’t go for page count so much as impact—depth. And it’s this incredible attention to detail that brings the written cast of characters into a real flesh and blood type of existence, the story moving at its own pace.

I can’t help but wonder if this novel is a watershed piece of work for Latin American letters written in English. At the very least, it’s an important work that borrows from the old writerly techniques of where we came from while using those techniques as a lens through which we might see the future—not only of Mexico but of the Global story that links Mexico, the United States, the drug war, and literature all in one, very good book.