Home
»
Reading
»
The Next Generation: Children in Science Fiction Understand What Adults Can’t 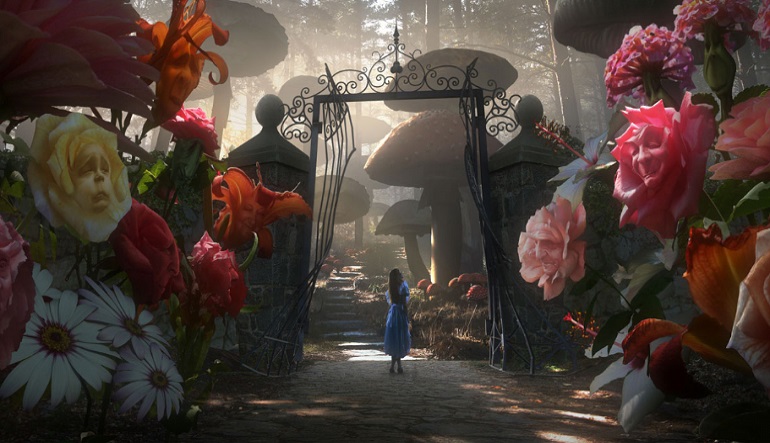 Lewis Carroll’s Alice in Wonderland paved the way for countless kid-centric speculative fiction narratives. Alice’s curiosity activates the adventure as she follows the white rabbit. While an adult might have been intrigued by a rabbit wearing a waistcoat and a watch, Alice’s response is distinctly childlike: “down went Alice after it, never once considering how in the world she was to get out again.” This lack of thought, this open-mindedness, drives action. Not following the rabbit isn’t an option. In such stories children play important roles that adults cannot, namely because children haven’t yet been conditioned to adult—or human—ways of thinking.

After Alice follows the rabbit down the hole, her adventurous spirit allows the rest of the story to unfold. She embodies a child’s fearlessness: “After such a fall as this, I shall think nothing of tumbling down stairs!” Think nothing, do everything. Alice drinks from the bottle and eats the cake. Wonderland doesn’t function like Earth, but Alice takes it in stride. She sees a door in a tree and thinks to herself, “everything’s curious to-day. I think I may as well go in at once”—a perfect example of a child’s mentality.

Alice in Wonderland inspired Lewis Padgett’s sci-fi story “Mimsy Were the Borogoves,” in which an alien sends boxes of special toys to Earth. Scott Paradine finds one and intuits that the toys are special, as does his baby sister Emma. Their parents, however, are baffled by the toys: “a pierced bead couldn’t cross interlocking wires… the angles formed by the wires were vaguely shocking, in their ridiculous lack of Euclidean logic.”

Scott and Emma’s parents feel their children changing in ways they can’t understand. They consult a child psychologist, Holloway, who has a term for what the toys are teaching the kids: “x-logic.” However, none of the adults can understand how x-logic works:

“[I]t would be interesting to know the conditions of the place where these things came from. Induction doesn’t help a great deal, though. Too many factors are missing. We can’t visualize a world based on the x factor—environment adjusted to minds thinking in x patterns…If the undeveloped minds have been turned into the x channel, it’s necessary to divert them back…After all, Scott and Emma will have to live in this world.

The story suggests that conventional Euclidean conditioning strips the magic from life. The toys, however, infuse Scott and Emma’s lives with wonder and otherworldly understanding. At the end of the story, the kids transcend not just Earthly thinking, but Earth itself. They use Lewis Carroll’s poem “The Jabberwocky” as a blueprint for constructing a portal to the world from whence the toys came: “A perfect mathematical formula, giving all the conditions, in symbolism the children had finally understood. The junk on the floor. The toves had to be made slithy—vaseline?—and they had to be placed in a certain relationship, so that they’d gyre and gimbel.” By the time their father realizes what’s happening, “hand in hand [the kids] went, in a direction [he] could not understand.” The kids succeed because the secret lies not in what one learns, but how.

The idea that “babies are not human” echoes throughout Padgett’s story, as though humanness isn’t born, but learned. In Arthur Clarke’s Childhood’s End, the consequences of kids unlearning humanness are farther-reaching. In the book, alien ships appear over Earth’s major cities, ushering in a “golden era” devoid of war, poverty, disease, and crime. No one knows who the aliens are or what they want. When they save a boy, Jeff, from a tsunami, his parents are grateful and tell themselves it’s a good sign: “‘Perhaps the Overlords have planned a great future for him. I wonder what it can be?’”

Soon after, Jeff starts to change. Dreams of a blue sun, distant stars, and other galaxies consume his waking life. Jeff’s baby sister Jennifer drifts permanently into what seems like sleep: “sight was now as superfluous to her as to the many-sensed creatures of the lightless ocean depths. She was aware of the world that surrounded her; indeed, she was aware of much more than that…[S]he was progressing swiftly. Soon she would pass her brother, for she had so much less to unlearn.”

Jeff and Jennifer are eventually joined by the other children of Earth, and the aliens reveal the kids’ role in the evolutionary leap that awaits humankind. The children are slowly being absorbed into the “Overmind,” a collective consciousness and universal reality akin to the Hindu Brahman. While it seems tragic to their parents, in the bigger picture, the kids accomplish something no human could: “[the universe] was no place for man,” but it is a place for the children of man. “This was not tragedy, but fulfillment.”

Children in science fiction understand and do what adults cannot. Their lack of conditioning suggests a lack of limitations, as they transcend dimensions, galaxies, and humanity itself. In an example of life imitating art, Ray Bradbury points out that kids introduced science fiction to adults: “Instead of an apple it was Asimov…Librarians were stunned to find that science-fiction books were not only being borrowed in the tens of thousands, but stolen and never returned.” Kids’ minds were open to science fiction’s possibilities before adults’ minds were. Such open-mindedness isn’t just convenient for fantastical plots and inter-dimensional travel—it’s key to evolution: “Ideas birthing themselves into fact,” says Ray Bradbury, “all of them promising Survival.” Bradbury has a suggestion for adults: “Let us remain childlike…borrowing such telescopes, rockets, or magic carpets as may be needed to hurry us along to miracles of physics as well as dreams.”