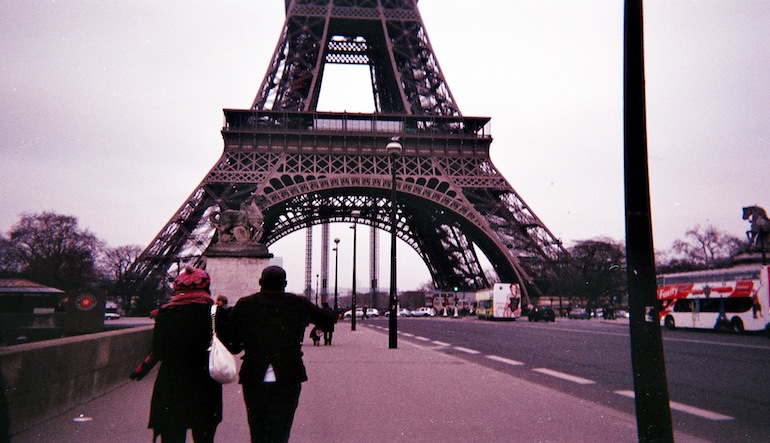 After I booked my ticket to Paris for a two-month course in ESL teaching (more or less an excuse to live in Paris and escape post-graduate ennui), my next stop was Barnes & Noble. Of course I had to pick up Hemingway’s A Moveable Feast. And then watch Midnight in Paris. And when I got to Paris, I picked up a copy of Henry Miller’s Tropic of Capricorn at The Abbey Bookshop on rue de la Parcheminerie. It wasn’t enough to be in the City of Light. I had to prove to myself (and everyone who followed me on social media) that I was in the process of being enlightened in the same way the Lost Generation was.

However, I had no artist friends to debate politics with late into the night, and the “Hemingway Special” cocktail at Les Deux Magots would set me back 16 euros. Nostalgia generates a lot of revenue for the city, as evidenced by the myriad of literary tours and the American-packed Shakespeare & Company bookstore. The 1920s in Paris was a special period in history which produced beautiful works of art, but also a marketing strategy. It celebrates Paris at a time when the city was less ethnically diverse, though there is something to be said for Harlem Renaissance writers like Langston Hughes and Countee Cullen, who settled in Paris for an alternative to the institutionalized racism of the United States. (Those interested in black history should pick up Paris Noir: African Americans in the City of Light by Tyler Stovall.)

If Paris is a moveable feast, then let’s feast on it with more recent works that describe Paris as it is today, without ignoring the city’s multifaceted history.

Published in 2001, Edmund White’s The Flâneur analyzes Paris from the perspective of an eccentric who frequently walks its streets, observing and engaging with urban life as a way to fill the void of personal loneliness. He does not mince words when it comes to the “boutiquification” of St-Germain-des-Prés: “One of the best bookstores, Le Divan, has been replaced by Dior, that one of the few record stores in the area has been cannibalized by Cartier, and Le Drugstore—a late-night complex of tobacco stand, restaurant and chemist—has been supplanted by Armani.” But he also helpfully points out that Le Divan, a place more likely to display turn-of-the-century poetry from Mauritius than dieting manuals in its window, has moved to the more remote 15th arrondissement. Sadness and humor go hand-in-hand in White’s book, as do the past and present. (For a more feminine take on the traditionally male figure of the flâneur, check out critic Lauren Elkin’s upcoming Flâneuse, which explores the history of idle female wanderers in several major cities, including Paris.)

One of the best books that explores contemporary Paris is Rosecrans Baldwin’s 2012 memoir Paris, I Love You But You’re Bringing Me Down, which follows the author and his wife for 18 months as they live in a noisy apartment near a construction site and meet plenty of idiosyncratic Parisians. Baldwin works in advertising, writing pamphlets about breastfeeding (at first), and hilariously details his co-workers’ love for McDonalds, which they enjoy in typical French fashion by splitting their combo meals into three courses. The book is among a handful of contemporary memoirs that describe the maddening qualities of life in Paris. (A more food-centric memoir worth reading is David Lebovitz’s The Sweet Life in Paris, which also explores the paradoxes of the city with fondness, and includes an excellent recipe for chocolate spice cake, among others.)

When it comes to fiction, it’s best to go straight to the French authors. Muriel Barbery, a novelist and philosopher, published The Elegance of the Hedgehog in 2006 to much acclaim. The story follows a suicidal 12-year-old and the concierge of her upscale apartment building in central Paris as their lives are shifted by the arrival of a new resident. The book is easy to digest, but leaves you with loads of philosophical fodder; it’s perfect for a train journey or some café reading. (For a grittier page-turner that critiques French society, read Virginie Despentes’s Apocalypse Baby, where two female detectives—one a rather inept spy hired to follow teenagers and one a bold, ruthless lesbian who is referred to only as “the Hyena”—try to find a spoiled Parisian girl after she goes missing.)

While shifting focus away from the jazzy times of F. Scott Fitzgerald and Ezra Pound deromanticizes Paris, it also frees you to find the beauty in Paris a living, breathing city as opposed to an idea.