Home
»
Reading
»
The Place of Zines in Contemporary American Politics 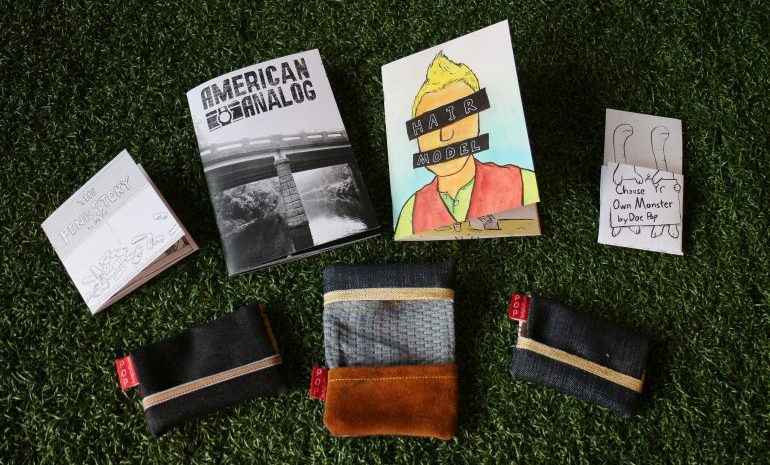 Zines straddle the border between Fluxist market-dodgers and the reputably tainted world of self-publishing literary dropouts. The difference between a zine and that 50 Shades of Grey-inspired alien erotica novel is function and intention. A zine works as a platform for writing and art that’s too provocative, political, or honest for traditional newsstand publications. According to Barnard College, which hosts one of the primary zine databases, literary zines are not well received, and that’s because literary works already hold a predominant place in the writing world.

As we wait for the results of the Iowa caucus and New Hampshire primary, there’s a sense that momentum is building toward a political explosion. A quiet shuffling, for now, which appears like a whisper on the pages of political zines: the most prevalent and useful of the breed. In response to the ISIS attacks on Paris in November, for example, Comedy Zine (a political satire zine) unabashedly suggested campaign slogans for Syrian president Bashar al-Assad such as “Bomb, baby, Bomb!” In a stab more closely related to the presidential campaign, the zine also listed dialogue overheard at a Jeb Bush campaign event as “Vote Bush, third time’s the charm.” The Pulp Zine explicitly criticized voters with “You’re fired, America,” for taking interest in Donald Trump as a presidential candidate.

Some zines are more direct, like “Why Not to Vote for Donald Trump: A Quick Guide” distributed by Homocollective Distro. The slip of paper comes with a folding guide and a crude list of Trump’s platforms: “His policy on war,” the guide reads. “Bomb the fucking shit out of everything.”

Zines, like street art, are allowed critical power through anonymity—a function newsstand periodicals simply can’t perform for the sake of reputation or the sacrifice of advertisers. In this way, zines are small-scale democracies. A medium for everyone with no gatekeepers or startup costs. The writers and readers are equal partners. Zines, then, are anthologies of written graffiti, public art and ideas restrained only by the publication’s binding.

To be fair, mass media has a liberal agenda. We know. The advantage of the zine is that all parties are under equal scrutiny. In one edition of Rainbow Zine, a writer called for the boycotting of President Barack Obama and his policies after neglecting to defend LGBTQ rights—a choice that defies the stereotypes of voter demographics. In SmartPunters, a cartoon features Obama punishing achievement in front of the literally starry eyed media. The caption reads: “Subliminal Man.” More boldly, another image captures a woman of color asking for diversity, but condemns her also wanting welfare. Although the zine doesn’t consider that welfare might be a result of a diversity drought. At any rate, what’s important is not if these statements are justifiable or acceptable, but that they’re allowed to exist in the first place. That in a strained political atmosphere, the freedom of opinion still persists.