Home
»
Uncategorized
»
The Ploughshares Round Down: 10 Times in Life When Writers Have the Upper Hand 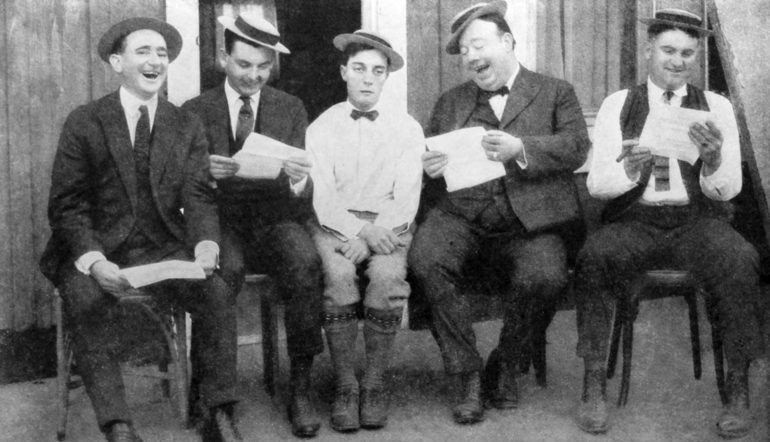 I’ve interviewed a lot of entry level job candidates. I’ve had plenty of recent college graduates sent to a conference room to meet me with a strong thumbs-up from Human Resources. Bright, well-dressed, great resumes, and eager. This impresses the HR types. However, when I’d ask questions, especially follow-up and off-script questions, I would get one word answers. “How did you like working in the Philosophy Department as a student aide?” Big smile. “Great,” they’d say. “Fun.”

I’d wrap up that interview quickly, because I’d realize that I had already decided who I wanted. My next editorial assistant would be the dowdy, shy book nerd I’d met earlier that morning that HR hated, but who answered my question about what she’s currently reading with a long story about how she decides what to read and when. All the answers to all my questions entertained, revealed, and informed.

With the right kinds of stories, you can sell anything, including yourself.

That’s why the most interesting thing I’ve read in the past two weeks was this short piece by Neil Gaiman about The Moth. He describes the high-wire act of telling a story out loud in front of an audience and what works and what doesn’t. As I read it, I realized that this skill–public storytelling–is one that give writers the upper hand in a lot of situations where everyone else is struggling. Being a writer is never awesome at tax time, but there are plenty of other times when it’s the perfect thing to be.

Gaiman’s piece was part of a package last week in The Guardian about The Moth, a storytelling event that you should know by now. He wrote his piece about deciding to perform there, and what he thinks works.  He emphasizes something I always think about drafts of any manuscripts. At first, they’re rough. And then they’re polished. But then you need to keep going until it feels less polished and more honest. As Gaiman says about The Moth performances: “The strange thing about these stories is that none of the tricks we use to gain love and respect work. The tales of how clever we were, how wise, how we won, mostly fail. The practised jokes and witty one-liners crash and burn. Honesty matters. Vulnerability matters. ”

That makes it sound a little like these stories are told off the cuff. They are not. The storytellers work and work and work on them until the day they’re on stage, and they’re not allowed to bring notecards on stage, because this is more stand-up than TED talk.

The qualities each of these stories display–and that all the best writing displays–come in handy for more than just impressing an audience, though. Honesty, vulnerability, and of course a good story with a beginning, middle, and end give you a leg up in all of the following situations:

1) Childcare. Kids love stories. They love funny stories and sad stories, tall tales and embarrassing memories. Children love toys, but if you have kids, you know it’s easier to keep a car full of them from hitting each other by entertaining them with stories than hoping their iPad batteries hold out.

2) The Classroom. From first grade to adult education, the best way to get a lesson across is a good story. That’s clearly true in history, but it’s also true in math and physics, which is why we assign word problems.

3) Parties. Many writers are introverts. But most of them can’t resist telling a good story. So even the introverts, when they find the one person they know at a pary, can fill the time between the keg being tapped and the food coming out with story after story. And while many people think they can tell a story, it’s the real storytellers who tell the tales everyone remembers after they go home.

4) Job Interviews. I may have been interviewing people for a job in publishing in the anecdote above, but stories are always the best way to ace an interview. A list of accomplishments can be helpful. What interviewers really want, though, is to understand the larger context of those accomplishments, the tangible results of the successes, and the obstacles you’ve overcome. It takes a story to make that happen. And when colleagues ask your new boss why she hired you, she’s probably going to tell one of the stories you told her in the interview.

5) Dates. A date is kind of a combination of a party and an interview, so this makes sense. But something Neil Gaiman mentions takes this a step further: the best storytellers don’t impress through recounting achievements, or entertain with polished jokes. The best storytellers give you honest and a glimpse of the soul. I often joke that it takes six months of dating a woman to know all her flaws, but men will have them all on display on the first date. When you go on a date with a writer, however, you get to see all the way inside them, the good and the bad and the vulnerable, within the first few stories. Hopefully you like what you see!

6) The Doctor’s Office.  Doesn’t it seem weird that, no matter how much you’ve written down or told the nurse, the doctor still comes in and says, “So tell me what’s going on.” That’s because she’s trying to get the symptoms and potential causes unfiltered. How you explain what the problem is tells her important things about a potential diagnosis. The key for your physician, as it is for readers, is all the little, telling details.

7) Therapy.  Describing how you got yourself into your situation and how you feel about it is the key to getting better. Knowing which stories carry emotional weight and why is a skill everyone in therapy wishes they had. Plus, you have an outlet beyond an hour of therapy a week for getting those stories out.

8) Jury Pools. Being a good storyteller is useful in every part of the legal process, because it’s stories that convince people. But the place it’s most likely to come up for a writer, who is mostly likely not a lawyer or a criminal, is in a jury room. Your job is to assemble the facts you’ve been given into a story that you and the rest of your fellow jurors can understand. Plus, you have to poke holes in the narrative, making sure it all fits together and that there’s no other way this story can be told. If that isn’t a job for a writer, what is?

9) Political Campaigns. Ask someone who has donated to a political campaign why they gave money to that guy, and they’ll tell you a story. Maybe it’s about something the world has done to them or their company, or maybe it’s something appealing about the candidate’s accomplishments or biography. What matters is that politics is about stories. The politicians who know how to turn their ideas and policies into stories are the politicians who win every race. But even in their organization, from campaign manager to volunteer door knockers, it’s the storytellers who get citizens excited to go to the polls.

10) The DMV.  Stick a bunch of people in a room with no reading material, dying phones, a long wait, and only strangers to talk to, and you get a lot of bored people. Except the writers. They’re too busy working on their stories in their head, imagining the narrative of their own amazing future success, or creating imaginary lives for the people around them.