Home
»
Uncategorized
»
The Ploughshares Round-Down: You’re Not That Busy.

Meet the Busy Brag: social media’s hate-worthiest addition to the human experience. I am important, cry the crafted tweets and updates,

because busy. Did you guys happen to notice I’m busy? If not, here are some pics about my busy. It’s a good thing you’re not as busy as I am, or you’d miss my social media updates re: busy. I won’t see YOUR pics or posts, because busy. In demand. Hashtag overwhelm. Hashtag cost of success.

In her recent piece for Slate.com, writer Hanna Rosin backhands the busy brag with a headline stating simply, “You’re Not As Busy As You Say You Are,” inviting raised eyebrows from “busy” readers everywhere. They rechecked their iCals, then immediately questioned Rosin’s significance as a human being.

Because obvs, if Rosin were truly significant, she’d be busy… and telling us about it. Instead, she’s so UNbusy that she’s actually convinced herself that the whole of mankind is as lax and leisurely as she and her uber-free time.  Insert contemptuous huffs here, because—articles be damned—busy.

Except Rosin’s right. And we know it. “Busyness serves as a kind of existential reassurance,” essayist Tim Kreider wrote in the New York Times.

[It’s] a hedge against emptiness; obviously your life cannot possibly be silly or trivial or meaningless if you are so busy, completely booked, in demand every hour of the day.

Writers and those in other creative industries seem particularly susceptible to the notion that Busyness = Significance. This is in part because we feel undervalued by society; we’re often afraid everyone’s looking down his nose at our writing/editing/painting/music-making, wondering when we’re going to grow up and get a real job.It’s also because we feel a little guilty about putting work into creativity when there are people in the world with “dirty jobs” and/or horrifying survival situations who’d give anything for the luxury of writing a short story. 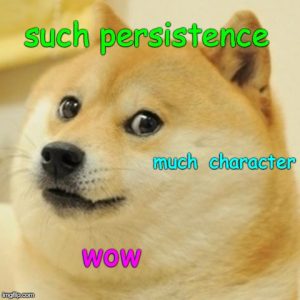 So we make up for our unnecessary-yet-lingering guilt by being busy: filling time with (complaints about) deadlines, meetings, flights, conferences, volunteering, over-parenting—exhausting ourselves until there’s zero time to be creative. This way, we can make writing into a thing we squeeze into our lives via sheer force of will (and wow! such persistence! such character!), rather than a thing we actually have time to do. Because I mean srsly, if anyone actually had time to write a poem, wow would we feel sorry for her.

In other words, what makes us feel essential and significant is not that we believe we’re valuable as human beings, and/or that the world needs what we’re writing. It’s that we’re… busy.

[Note: I do recognize that people in creative industries (myself included) often have to work multiple jobs and/or do Mass Everything in order to stay competitive in a volatile economic climate. But keep reading for a sociologist’s confirmation that, well, we’re still not that busy.]

This absurd measure of significance would be bad enough if we didn’t also confuse ourselves with talk of how sacred and vital and deeplypassionatelyhuman our “callings” are as artists. Take this listicle for example: “10 Things Creative People Know.” It’s the kind of article writers, artists, and musicians like to tweet and retweet into eternity—throwing around words like “meaning,” “diversity,” “nature,” and “empowerment” until we feel like we’ve showered in rainbows that arch their way into Walden Pond. At the core of each person is compassion and love for the world, it insists. Which would be tolerable if we actually believed this kind of thing mattered. Instead, the people who share and quote such things are the very people who feel valuable only when telling the world how breathlessly over-tasked they are.

The truth is, in spite of the fact that our industry likes to wax eloquent about its “calling” to meet the world’s grave need for art, our actual lives prove that we’ve bought in to art’s value only to the extent that it makes us busy. Can we make our art be “in demand?” Is it “keeping us busy”? Are our many obligations playing tug-o-war with our precious time? When it comes down to it, it’s not even our art that we value. We want the busyness it could create for us.

This isn’t because we’re stupid. We’re just part of a society in which people are valuable only when “useful,” which is of course deeply problematic. (What of humans in varying states of health, or with varying abilities?) It also leads to obsessive scheduling and the demonization of relaxation: to the point where we fearfully refuse to have (or acknowledge) uncommitted time. Sociologist John Robinson, known for employing time-use diaries in order to study how American use their time, has unequivocally stated that many of us are far less busy than we think. “It’s very popular,” he states,

the feeling that there are too many things going on, that people can’t get in control of their lives and the like. But when we look at peoples’ [time] diaries, there just doesn’t seem to be the evidence to back it up… It’s a paradox. When you tell people they have thirty or forty hours of free time every week, they don’t want to believe it.

The reason is simple: not being busy means not being needed. Right? A nap, a stroll, a movie, a slow dinner, even uninterrupted creative work—all of these could register as some form of professional or personal insignificance. They make it clear to anyone who’s looking that hey, I’m not needed at this precise moment. Thus I don’t matter.

It’s not like we believe this on purpose. If asked what makes a human being matter, few of us would answer, “Being busy,” or even, “Being useful.” Nevertheless, this is precisely what we seem to believe while filling our calendars, while putting off creative work, while impulsively responding to, “How are you?”with “Crazy!” or “Staying busy,” or “OMG.” It’s a belief we nurture without noticing, and it subtly widens the gulf between our humanistic ideals and the actual lives we lead.

So what do we do about it? More specifically, how do we separate busyness from significance? Curiously, neither Rosin’s nor Kreider’s articles about busyness even pose this question. But if the Busyness = Status equation works, it’s strictly because a social game has emerged wherein relatively privileged, educated people with all kinds of Choice disguise their decisions to be busy as manifestations of the universe’s insatiable demand for their particular prowess. And the rest of us agree to be impressed. It’s a stupid game. We can stop any time. 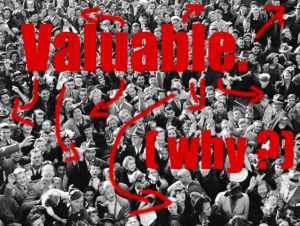 But it would help to have another focus. If we’re trying to be busy so we can feel productive so we can feel needed so we can feel like we matter, what else could provide that vital sense of Meaning and Mattering? As Robinson has shown, we often think ourselves into Overwhelm because we want to be overwhelmed—because it makes us feel essential. So the question is, what else can make us feel essential? What could make us feel significant without requiring denial and/or manufactured chaos? As Tim Kreider wrote,

I can’t help but wonder whether all this histrionic exhaustion isn’t a way of covering up the fact that most of what we do doesn’t matter.

It’s worth wondering. After all, many of our tasks eat up our time, but are meaningful to us only in the aggregate: as they pile up, they create the Busy that makes us feel needed. So what tasks truly matter to us? Are we doing them? And more importantly, what really gives value to human life? It’s the question artists have addressed for centuries. And it’s the question we often claim drives our own creative work… right before we claim we don’t have time to do it.