Home
»
Uncategorized
»
The Ploughshares Round-Down: How To Screw Up A Book Proposal 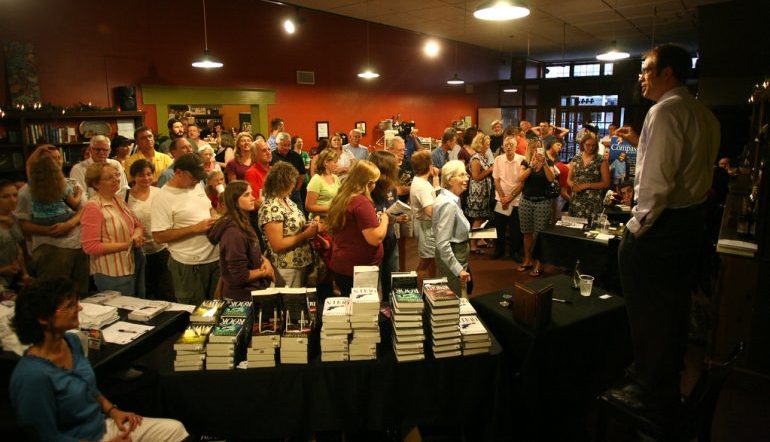 When I first start working on a proposal or a manuscript with a writer, I tell them I have two stages of advice: breaking things and fixing things. At first, I’m going to keep asking hard questions and recommending big changes, until I think the writer has said what that writer wanted to say. Once we’ve gotten all the big pieces in place, I start making recommendations that are simple to deal with, like choosing a new word or deciding to cut something or not. 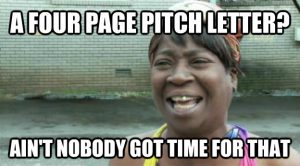 That first stage is often eye-opening for writers, as they may never have had someone—even if they are a working journalist—tear up their work and show them a different way to put the pieces back together. An agent, after all, may be the first person they’ve worked with who had more faith in them as a writer than in any particular piece of writing. If you find the right agent, he or she might teach you more about your own writing than any writing teacher, peer, or editor ever will. That potential relationship means it makes me happy to see someone find an agent—even when it’s not me!

That’s why my favorite piece of writing from the past two weeks was another Ploughshares post, “A Checklist of Book Proposal Essentials to Go Through Before You Start Schmoozing Agents.” Written by one of my fellow bloggers, Steph Auteri, the blog post offers solid guidelines on how to get an agent, which she successfully did using the same steps she recommends.

I can’t recommend her piece strongly enough, but I also thought I could enhance it by offering a similar list of things NOT to do in a proposal.

Auteri offers a straightforward list of elements to include in your pitch. There are other useful lists like this as well, and you can never read too many—but Auteri also includes some smart advice I wish more of my slush pile took heed of.  The first is to really focus on creating a compelling title and subtitle. If it’s a work of fiction, a single sentence description takes the place of a subtitle. I always say that most editors buy books based on the first sentence of my pitch letter, where I mention the author’s platform and short description of the book.

Sure, they’ll want to read the thousands of words in the attachment before they make an offer, but they’re only reading to see if the material matches their vision from that first sentence that sold them. When they see, for instance, “I’m delighted to send you Ploughshares Blog Editor Andrew Ladd’s next work of fiction, HUMANS, a tragic retelling of the movie Alien from the alien’s point of view,” they already know what they hope it will be, and if that’s the kind of thing they’d want to sign. (For the record, I do not think that’s what Andrew is currently working on.) [Editor’s note: it is not. —AL]

The other great point writers often miss, which Auteri also notes, is that the competing works section serves two purposes. First, you have to praise the competing books to show how your book is like them and will sell just as well. Second, you have to show how your book is different, in a way that makes it better. I’m always surprised by writers who only go into the latter.

Auteri’s post, as I said, is a great list of what you should do in a book proposal or pitch letter. But to complement that, here are some of the things you should never do in a pitch letter—some of which might not have previously occurred to you.

For instance, don’t make your pitch letter really, really long. Four paragraphs is long enough. Similarly, don’t attach more than two files, if you attach anything at all. A nonfiction proposal itself should be between 8,000-12,000 words, depending on how much of a writing sample you’ve worked into it.

Don’t admit how stacked the cards seem against you. You don’t need to say, “I know you get tons of slush submissions.” Don’t say you are the author of numerous other unpublished works. Don’t admit this is the first thing you’ve written. In short, don’t include a single negative line anywhere in your email.

Mistakes Even Some Agents Make

As an editor, my number one pet peeve was proposals from agents that said this book was for the same readers as Malcolm Gladwell. Don’t say your book is just like a #1 Bestseller. If you say your book is for the same market as David Baldacci, Michael Lewis, or Bill O’Reilly, agents and editors know that you don’t know your market well.  There must be people writing for you audience who are more like you, writers who don’t have a TV show or millions of copies in print. Those are the authors your publisher wants to hear about; the people serving a niche with readers who keep coming back. I got a pitch the other day from someone said their book was for anyone who likes Star Wars, which is pretty much the definition of “anyone.”

Never list someone else’s magazine or newspaper story as proof there’s a market for yours. It can be useful to know some subgroup of Americans is growing—stay-at-home dads, cricket fans, young cancer survivors—but whether a magazine article has been written that appears to target one of those subgroups means far, far less than whether or not the average member of that subgroup has ever bought a book before. No one cares how many homeowners pave their own driveways if all the books on driveway care have tanked.

Worse, as an editor, whenever I would get a pitch that included a link to a specific article, all it made me think was, “I wonder if the article’s author is writing a book?” Not that I was going to call up that guy to steal the idea. But it immediately made me think, if the guy from The Atlantic or Slate or wherever is also turning his article on this into the book, this book in my inbox is doomed.

Mistakes I Make Sometimes, Too

For fiction, don’t forget to include whatever details about your character, world, or villain have never been done before.  There’s nothing more deflating than getting a book described as a middle-aged government agent racing against the clock to stop an assassination, or a young couple’s increasingly strained relationship as they move into true adulthood. Aside from your undoubtedly amazing prose, what’s new here? Is your government agent going blind? Does your young couple actually consist of two very successful, attractive, undocumented immigrants? If you know what’s really original about your story, don’t hide your light under a bushel.

For any kind of book, show me, don’t tell me, even in the pitch and proposal. If this is a funny memoir or novel, I expect the pitch to be clever.  If the book is surprising and counterintuitive, the pitch better surprise me.  If the book is aggressively partisan, I better feel worked up over just the pitch. Perhaps more importantly, if it’s nonfiction, tell us what your idea is. Don’t say, “You’ll explain why this is a bad idea,” or “I’ll provide the reader with four simple steps….” Explain it here. Give me the steps now. You’d be surprised how often someone says they have the solution to all our problems, but I don’t know what it is from the pitch letter or the first three pages of the proposal.

In the end though, nothing matters like putting together your best ideas and your best writing and giving it a shot. You never know what’s going to click for someone else, and your ideal agent may be excited to bring you aboard while still jettisoning every word in your proposal. But the thing that clicks may be something on my or Steph Auteri’s list, so you’re better off safe than sorry. Good luck!