Home
»
Uncategorized
»
The Ploughshares Round Down: How To Tell People What Your Book Is About 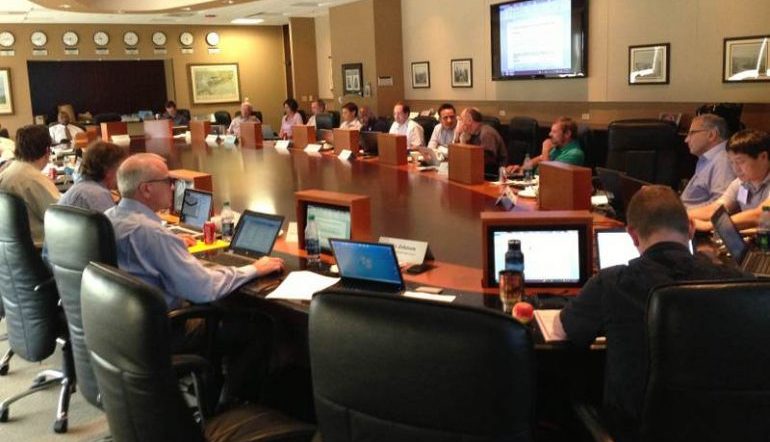 Last week, I received a fiction pitch I knew I would reject a few lines in. It contained the phrase, “after he discovers a family secret long since buried.” (Or something like that.) I wrote back to the author and admitted that I was passing because, while other people might like books about that, I’m not a guy who was ever eager to read a book with that at the center. It’s a very, very common conceit, but I guess I figure that if the secret itself was really interesting, you’d be telling us what it is. If the family secret was that your main character’s grandmother was Einstein’s lover, dollars to donuts the novel would be called Einstein’s Lover.

This writer had an interesting approach to telling a story, but all the rest of the details beyond the secret were mundane. This was the story of a young guy, from a town, with a family, with a handful of familiar issues, going back to that town. He seemed like a good, clever writer, but he’d sabotaged his book from the start by writing something with a generic elevator pitch. To get an editor to read it, I would have to promise this author was the best stylist I’d ever come across.

That’s why the most interesting thing I’ve read in the last two weeks was this article in Salon by novelist Ted Thompson, where he reveals what he found most surprising from having his debut novel published. All of the ideas he discussed are dead-on and useful, but the most important one is that, no matter how good your book is, people still judge it by how you answer the question, “So what’s your book about?”

What he doesn’t say is that there’s one way to answer that question that could take your book from the rejection pile to the bestseller list, and it isn’t about the plot.

The Salon article covers a lot of ground I think every writer should know about. He points out that everyone in publishing wants to love your book. He notes, “The grand faceless facade of New York publishing turned out to be a collection of surprisingly normal people, all of whom were looking to fall in love with a manuscript.” He complained, like so many authors, about the fact that it took a year to turn his novel into a finished book, only to realize how short that amount of time turned out to be for trying to build marketing and word-of-mouth momentum for a new book.

In what may be his most depressing admission, he lets people in on the secret that publishing his novel didn’t change his life. He’s pretty lucky in that he’s already made about $75,000 on the book, which is terrific. But it’s not life-changing money, as it’s paid out over two years. He’s not going to write two books a year like a genre writer might, and it’s possible he’ll never get that much for a book again.

There’s nothing like the feeling of being a published novelist (or so I’ve been told), but you can’t eat that warm glow on a cold night. You’re going to have to keep your day job.

As Ted Thompson says, you may be told countless times that there’s nothing more important than the quality of your prose, and yet, “Once a manuscript leaves your desk, subject matter is the primary (and often only) way it is discussed. So if you haven’t figured out a quick way to answer that cringe-inducing question ‘What’s your book about?’ in a way that interests other people, somebody else will.”

It’s not just new novels people describe with a shorthand about the subject. Tell people you’re reading The Sun Also Rises and see how many people say, “Is that the one about bullfighters?” Subject is how people will decide if they’re interested in your book, but it’s also probably how they’ll find it. If you’re lucky enough to write a beautiful, complex novel about three generations of a family over a century of life in California, and you get interviewed on NPR about it, a lot of readers are still going to buy it by going to Amazon and typing in the keywords they remember you saying: “California novel surfer sharkbite.”

Why Hamlet’s So Wishy-Washy

The subject, though, is more than the milieu. It’s how the main character moves through it. Have you looked at the fiction bestseller list lately? Look at the main characters: blind, deaf, dead, Death himself, disfigured, dying, and disabled.

When I stop reading a fiction submission, it’s usually because the main character does exactly what I would do. He’s a guy (or girl) who’s not that different from me, reacting as I would react. Maybe it’s an amazing world, and an action-filled plot, but if the main character goes from one obvious choice to the next, I’m going to lose interest. The most interesting books have characters who do the opposite of what we’d do.

Lolita would be a short story if the main character, Humbert Humbert, decided too young is too young, no matter how beautiful. Imagine Hamlet, if Hamlet took decisive action, the way we want him to, in the first few minutes of the play. The world of Gone With the Wind is really interesting, but it couldn’t have overcome a Scarlett O’Hara who decided chapter after to chapter to simply play the hand she’d been dealt.

Horror movies wouldn’t exist at all without the idiot who always suggests they split up.

Readers love an interesting character negotiating unfamiliar circumstances. Unfamiliar to the character. Maybe that’s 17th Century China, but maybe that’s the neighborhood we live in, if that character just arrived here as a refugee from Sudan. As long as we can’t imagine how they’re going to cope with the problems they’re going to be confronted with.

When you answer the question, “What is your book about?” start with what makes your character different from the average reader, and then move onto the plot. It could make all the difference.