Home
»
Uncategorized
»
The Ploughshares Round-Down: Never Tell Me the Demographics 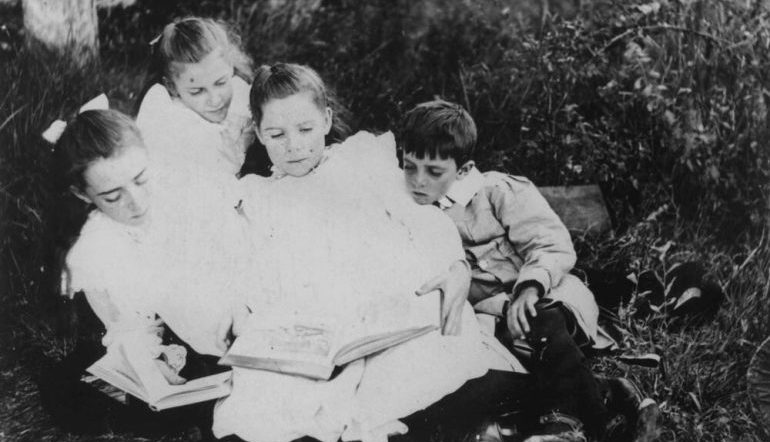 I’ll read anything if it’s great. A romance novel, or a soldier’s tale; a book about Zsa Zsa Gabor, or one about Obama. I know what kinds of books dorky, urban-literary type of guys are supposed to be reading–those by Jonathan Safran Foer, and things titled Introduction to Banjo–but I hate most of that stuff; I don’t usually follow stereotypes. I’m continually surprised by how many people think in that sort of shorthand, though. 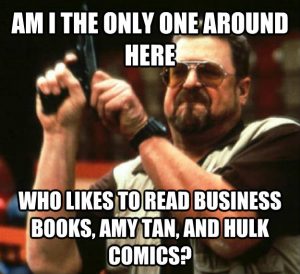 The other day, for example, someone said to me that most of the people who read Nate Silver’s book, The Signal and the Noise, were men. (Nate is one of my agency’s clients.)  It was a woman saying this, and she had read the book. Despite that,  she was dividing the world into “big ideas” to read by men, and “great stories” that would be read by women. Not only is this sexist, it’s pure speculation. No one has any idea who bought and read Silver’s book. We can see from looking at Amazon that people who bought his book also bought other big idea books, but we don’t know anything about his readers beyond what else they might have read.

Despite this, I still hear smart people say, when reading proposals, “That’s a young person’s topic and young people don’t buy books.” Now, we can find out if a topic tends to sell books or not, but we don’t know if its readers are old or young. Still, however, this is a widely held assumption: younger people don’t buy books. That’s why the most interesting thing I’ve read this week is a report from Pew Research on the reading habits of young people. The results go against that common wisdom. Millennials are reading more books than other age groups, lagging behind older generations on ebook adoption, and looking for information they know you can’t find for free on the internet. The lesson here is, never judge a book by its cover, but also never judge a book by the kind of person you think might be reading it. Because you have no idea.

The Pew Research Internet Project produced a report last week on the reading and library habits of Americans under thirty. The results were surprising. Baby Boomers enjoy projecting the shortcomings of their own generation–profligacy, immorality, selfishness, intellectual laziness–onto millennials. (Of course, they didn’t invent those shortcomings, nor the strategy of saying, “Kids today!” I’m looking forward to saying the same things of my kids.) Still, you could see the glee in the headlines refuting some of those biases. Forty-three percent of respondents under thirty said they read books daily, a rate similar to older adults. More millennials had read a book in the last year than people in older groups. Encouragingly, for those of us in nonfiction book publishing, nearly two-thirds of respondents agreed with the idea that a lot of important information is not available on the internet.

“Everyone Graduating From College Will Need This Book!”

The study didn’t ask specifically what millennials were reading, but I think “class assignments and Divergent” would be a pretty good guess. I don’t actually know. A better guess at what they’re reading is that their reading habits line up more or less with what everyone everywhere is reading. Some topics may seem age-specific, but we don’t even know about those. It’s entirely possible that every book on getting a job out of college is bought by a worried college parent, and every book on retirement planning is bought by a senior citizen’s kid who is doing the planning.

This is why I never like to see a line in a proposal that talks about a demographic, like a statistic about how many people love Penn State football or how many businesses work with China. You don’t know if those people will buy books. Maybe “everyone graduating from college will need this book,” but if they do all buy it, this book will be bigger than Harry Potter. How likely is that to become a reality?  A really common claim in proposals is that “every teacher and parent should read this book.” That would make that book more popular than the Bible.

In reality, you don’t know if “people who buy books” overlaps with what you’re talking about at all in the Venn diagram of book production, unless you’re comparing people who buy similar books. For example, abortion and immigration are two topics Americans care about deeply. However, they’re terrible book topics, because most potential readers have made up their mind on them, and are not looking for new information. You can see how small the book market is if you look at other books on abortion or immigration instead of poll numbers. The only appropriate way to identify the potential readership for a book is by looking at what book publishing calls “competing titles.”

“Men Won’t Like the Romantic Parts in This Book”

Similarly, it’s a good idea for writers to focus more on competing titles than on a group of people that might not ever buy books. Feel free to ignore demographics-based advice. Don’t let someone tell you that you’ve written a book for women, or that women won’t like some part of your book. The person telling you that has no idea what kind of person is going to read this book, or what he or she will like.

On the other hand, if they say, “You’ve written a book for Bob Woodward fans, and this book doesn’t deliver what Woodward fans want,” that’s criticism worth addressing.

What Kind of Reader Are You?

I’ve sometimes heard writers advised to write for a single, representative reader. That can be helpful if you’re a physics professor trying to keep things on a non-specialist level. But there’s no perfect Elizabeth McCracken reader. There’s no ideal Elizabeth Warren reader, either. Think about your own reading habits. Do you have some favorite writers that seem wrong for your gender, age, background, or other interests? The more surprising authors on your favorites list are what makes you you. If you’re a writer, that mix is also what can make your book sound like you. It might be that there are few readers who want a book on Gone With the Wind-meets-an-alien-invasion, but that’s better than thinking about how many people think aliens are real or wish the South had won the war.