Home
»
Uncategorized
»
The Ploughshares Round-Down: No, Books Aren’t a Lost Cause 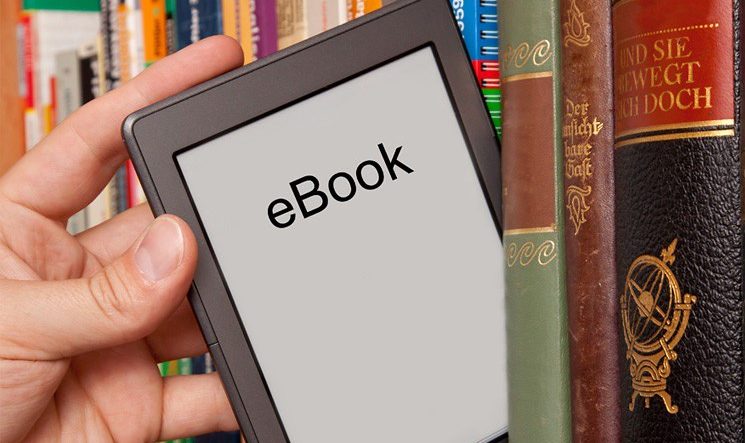 Have you ever shown up at a party only to find out the keg’s already been emptied? I meet a lot of writers who feel like that’s what happened to books. They’ve chosen to write a book at a time when that’s as old fashioned as typing it up on a typewriter. Or so they’ve been told. 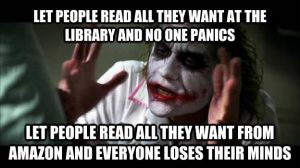 You can sound very smart at cocktail parties by saying books are over. Attention spans are too short now; the gatekeepers, irrelevant. The whole thing is about to be disrupted by technology. A bunch of old fogies haven’t learned the lessons the music industry learned the hard way.

This is also a way to be spectacularly wrong.

That’s why the most interesting thing I’ve read in the past two weeks was an article in TechCrunch by Danny Crichton called “Amazon Isn’t Killing Writing, The Market Is.” I don’t blame Crichton for conforming to the new common wisdom. I’ve seen hundreds of other similar articles, but it’s time to put some of these misconceptions to rest.

If you’re writing a book, feel free to keep submitting it to agents, comfortable in the thought that they’re eager to find new writers and capable of selling them.

What Went Down
The article makes the argument that authors are doomed, because Amazon is offering a Netflix-style subscription service that will lower prices so much that authors will stop making money. This is not because of Amazon’s supposed villainy, Crichton says, but because the market will lower prices with or without them; luckily, authors will all soon self-publish. Some of the other key assertions in the piece include: Amazon is at war with publishers; Amazon hopes to cut out the middle man and have everyone self-publish; the book industry has, so far, been unaffected by technology, but soon will be disrupted.

The only thing genuinely accurate in the piece is the fact that Amazon intends to launch a book subscription service.

Will Writers All Soon Self-Publish?
I love that this is the conclusion to the article. Do you know what is easier than ever? To set up your own website, promote it on social media, and make money through Google adwords. Which is why no one writes for or reads articles anymore on branded websites like TechCrunch, right? Is it possible that people still write for TechCrunch because they like having someone else take care of the business side, value the contributions of a professional editor, and still think there’s some promotion they can’t do by themselves?

What If You Could Read As Much As You Wanted?
Book-subscription services are often compared to Netflix, but if you have Netflix, you know the streaming service doesn’t have all of the most popular stuff, and didn’t kill the DVD, movie theaters, or TV. This article assumes that authors will get Spotify-style payments of tiny amounts for books read under subscriptions, which isn’t how these book services currently work anyway. As I understand it, most services are still paying publishers the full wholesale price of each book downloaded, and publishers currently have no incentive to settle for anything less.

Is the Book Industry Waiting To Be Disrupted?
For as long as I’ve been in book publishing, I’ve been hearing outsiders say book publishers are clinging to an outmoded business model, and that they have failed to learn the lessons of the music industry. Some big, technology-driven changes are coming, and publishers will finally have to change how they do things. This fact-free assertion assumes that book publishers have changed very little over the past few decades. Critics say this as if sales forces haven’t been dramatically trimmed as independent stores and then bigger chains have disappeared. They say this as if the popularity of Amazon didn’t dramatically affect how people discovered and chose books. As if book review sites didn’t fold faster than stores, as readers learned about books elsewhere. As if there hasn’t been endless consolidation within the industry. The truth is, books were disrupted at the same time as music, and in many of the same ways. Publishers have evolved extensively in how they acquire, edit, manufacture, market, and sell their products. They may not have mastered this changed world, but there are a lot of smart people who have moved these companies forward.

There’s an upside to all this change that frequently gets missed. You can read about a new book from Coffee House Press on this blog and order it today. That’s been hard on the big publishers, which might have been able to get you to buy one of their new offerings instead. But it’s better for readers and writers.

Does Amazon Want to Kill the Big Publishers?
This is like saying Netflix will kill off movie studios and television networks. Why would Netflix kill off the source of its products? Netflix has started to make their own content? That’s cute. Amazon has been publishing their own content since 2005.

Sure, Amazon and publishers also like to fight over prices and discounts. All stores fight with all manufacturers about prices and discounts. You just don’t read as much about what Wal-Mart pays Heinz for ketchup. The writer of the article says the subscription service will be bad for authors because it will put a cap on the amount of money that will ever be spent on books. If this were true, why on earth would Amazon want to do that?

When Amazon started selling used books, there was a similar fear that this could kill book publishing. Amazon’s goal is to sell as many things as possible, ideally at a profit. Amazon helps people self-publish, because that’s a thing they can sell. They sell used books, ebooks, hardcovers, and more because they want to sell a lot of things. It’s hard to know what their plans are, but if you have a guess and it involves them having fewer things to sell, you’re probably wrong.

Submit Away
I’ve also told a bunch of people who’ve contacted me about books that they’d be better off self-publishing; I’m not wedded to the old model. When I give prospective clients my spiel on why I switched from being an editor to being an agent, I tell them that I think publishers have done an okay job dealing with all this disruption. Agents, not so much. So I saw an opportunity. I’m excited about the changes the industry has seen, and I think they’re almost uniformly good for authors and readers.

To those of you worrying you’re too late to the party with your manuscript: the Party’s just getting started.