Home
»
Uncategorized
»
The Ploughshares Round Down: Short Stories as a Path to Literary Success 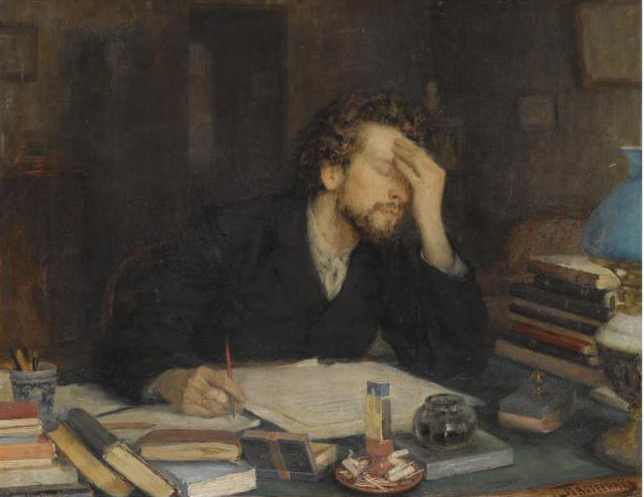 I’m going to let you in on a little secret about the submissions in my slush pile. When one comes in, the first thing I do–before I have even read the first sentence of the letter–is skim it for the name of a publication I recognize. If I don’t see one, I go back and start reading the pitch, looking for a reason to reject it.

The main thing I’m looking for in new clients is an existing following clamoring for a book from this writer. If the writer has a great idea, however, and understands what it means to be a professional writer, I might still be interested. That’s why I’m looking for the names of publications I like in the author’s bio. If you had twenty-five submissions to read, which one would you start with? I’ll be you’d start with the guy who’s written for Ploughshares and then move on to the staff writer from the Boston Globe, too.

Because of that preference, I was very surprised to see science fiction author Jason Sanford say on Twitter that writing short stories is a terrible idea–at least if your goal is to make money. He pulled his thoughts into this important post on his blog: “Should authors avoid short stories if they desire literary success?”

His answer is yes, you should avoid writing them. Of course, he’s going to keep writing short stories, because he loves them. I think he’s wrong, and that authors should definitely try to publish short stories. But something really important has changed about the world of short fiction in the last twenty years, and every writer and fan should understand what’s that is.

Jason Sanford is an established science fiction writer, having published stories in just about every SF venue available. He’s also been a finalist for a Nebula, for a novella he wrote. So he frequently receives requests for advice. In his blog post, he starts by explaining to young writers that they should focus on novels, or even memoirs or nonfiction. Don’t devote yourself to the short story, he says. He points out, rightly, that book publishers don’t typically want short story collections, because readers have repeatedly shown they don’t want them either.

Of course, a handful of writers like Jhumpa Lahiri are the exceptions that prove the rules.  It wasn’t always this way, Sanford explains, giving some anecdotal evidence of the lucrative nature of short stories in the first half the nineteenth century. Most short stories are written nowadays, he says, so the writer can get a foothold in the larger world of writing, and turn that into a contract for a book.

I think he’s right on many accounts, but it’s important to understand why this happened.

Think how much this dynamic goes against the (false) common wisdom that our attention spans have shortened. If the internet has turned us all into a bunch of fickle listicle-clicking automatons, why would we rather read novels than short stories? We don’t actually have shorter attention spans than in the past. We have more choices to read, though, and no longer tolerate less-than-ideal material. Moreover, the bias against the shorts story collection dates back to at least when I started in publishing.

My first job was as a publicity intern, which meant that in between stuffing Jiffy bags, I made calls for the books absolutely no other publicist wanted to work on. What did I specialize in, then? Literary short story collections. I heard from a lot of producers and editors: Call back when this author writers a novel.

So this isn’t something that started in the last few years. What has happened is that the incentives for already famous writers to publish short fiction have waned.

Two decades ago, I discovered most of my favorite contemporary fiction authors by reading their short stories first: Elizabeth McCracken, Chuck Palahniuk, T.C. Boyle, Lorrie Moore, and so forth. That’s because before Amazon, reading short stories was the best way to discover new writers. If you were serious about new fiction, you had to subscribe to The New Yorker, The Atlantic, Esquire, and Harper’s, and you probably subscribed to Story, Ploughshares, and Glimmer Train as well.

For readers, they were the catalogs you browsed to learn about the fiction authors you’d plan to buy. For writers, they were an important part of building an audience.

With the rise of the internet, two things happened. First, for the big, mainstream magazines, it became clear that short stories were their least popular offerings. Many outlets dropped their fiction altogether, as well as their book review sections. Second, with the rise of the internet, particularly Amazon, it became much easier to figure out who the new great fiction writers were. If a college student discovers Lorrie Moore now, he can see Ian McEwan, Amy Hempel, and Junot Diaz right there on her Amazon author page.

When a well-known writers feels inspired to write a short story now, she knows it’s not likely to end up earning her two dollars per word, and it’s not necessary to some future promotional campaign. The only reason to write it is because the muses tell her she must.

I was at a book party last week thrown by one of the big houses, and I was carrying the current issue of Ploughshares tucked under my arm. (Try to read the Nick Arvin story in it and not get farklemt.) A bunch of publishing company employees remarked they had they same issue on their desks. They all subscribe. To them, it’s a place to look for new talent, and a way to keep up with current literary trends. They’re not just subscribing to magazines like Ploughshares–they’re also subscribing to Asimov’s and other genre magazines. Wherever the best new writing is, they consider it their job to be reading it.

If you’re a writer, short fiction is still worth writing. It’s a way to get your name in front of the best editors, agents, writers, and aficianados. It marks you as a worthwhile professional when it’s in your bio. It helps you sharpen your craft. It can help build up a fan base (though not as well as it used to). And every generation produces a few masters of the short story.