Home
»
Uncategorized
»
The Ploughshares Round-Down: The Ebook is Dead. Long Live the Ebook. 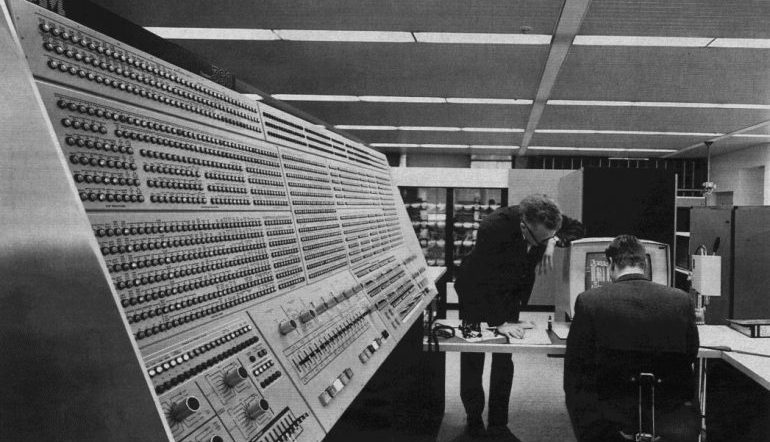 One of the best parts of being a book editor is that it gives you a magic power. You take a Microsoft Word file, wave your hand over it and say, “Now it’s a book.” And it’s a book. Up until that moment, it’s just words and ideas, and they could be changed, tweaked, or buried, never to see the light of day. After that, everyone, including the production department and the printer, believes it’s a book.

The creation of self-publishing has done little to erode that magical power. If you tell someone you’ve written a book, you can watch their eyes narrow as they wait to see what you might mean. Did you write something the length of a book? Or has a professional editor waved her magic hands over it and transmuted that into a book?

A book, the futurist Umair Haque once said, is already a perfected technology. An ebook has some advantages, but not enough to eliminate print books. It turns out the invention of ebooks is less analogous to the invention of the automobile and something more like the invention of shorts. Shorts are great, but they didn’t make everyone throw away their pants.

I thought of this late last week when I read about the closing of Atavist Books. Investors had put big money (by book publishing standards) into this startup, which was supposed to disrupt the book industry. The company only lasted for a little over two years before pulling the plug. For this to have happened, a lot of very smart people had to have completely misunderstood why readers read, and it’s worth figuring out what their mistakes were.What Went Down

The Atavist is a five-year-old publisher of short ebooks. It was founded by magazine writers, and their books are more like very long (excellent) features than novels or memoirs. They pay authors reasonably for the works, and for a while seemed more likely to make money from the software they’d created than from the longform pieces they were publishing–the latter being the less expensive endeavor.

Then, in September 2013, Barry Diller and Scott Rudin put a reported $20 million dollars into building a new sister business, Atavists Books, for the company, and hired publishing veterans to run it. They promised a new model for Atavists Books, saying they were starting with a clean slate. They wouldn’t be stuck with the false assumptions and wasted overhead of boring, old publishers. It was time for ebooks to take their rightful place in our culture, doing things print books couldn’t. They bought books by some very high profile writers, created some innovative products, and watched readers flock to boring, old books published by boring, old publishers. While the Atavist will continue on, the books division ends up in the same scrap heap as the companies they’d derided.

Where the Misunderstanding Starts

If I had a nickel for every person who has asked me, “Haven’t ebooks changed everything?” I probably would have lost them all because that’s what I do with change. But in theory, I would have enough to buy, perhaps, a Kindle HD. I usually ask these people, “What, exactly, do you think this would have changed?”

The first myth: “They cost almost nothing to make.” It’s true. They’re about $2 less a unit to make than a physical book. When a profitable title typically generates $2 of profit per book sold, that’s pretty good. It’s saves even more–maybe $4 a unit if you include the savings from not storing and shipping them and destroying unsold copies. The problem with that second number is that it ignores that most books still come out in print and ebooks. Ebooks are a sizable enough portion of a book sales to keep print runs shrinking (and unpredictable!), so the cost of printing those physical copies per unit is rising. It doesn’t quite wipe out that $2 per unit savings per ebook, but it comes pretty close.

The second myth: “You can put so much more into a book when it’s on a device: videos, links, audio, and more pictures.” I always follow that bay saying, “Oh, you buy a lot of enhanced ebooks?” No, they don’t. No one does. If you want multimedia stories, you can already have them. It’s called the internet. One of my maxims is: readers read books so they can read less, not more. When you choose to read a book instead of articles or stories, you’re hoping to trade quantity for quality. A good, clean, forward-propelled story will trump bells and whistles every time. That’s not some snooty opinion I’ve developed–it’s what the numbers say.

The third myth: “It’s killing my local bookstores.” Most of the people who say that didn’t actually know when their local bookstore closed because they never went to it. But it was probably before the rise of ebooks. Amazon started killing off physical bookstores long before the Kindle was introduced, with price clubs and Target quietly having a greater impact than you’d think. If you wanted to save a bookstore in your town, you’d be better off outlawing buying physical books online than outlawing ebooks.

The fourth myth: “We don’t need all that wasted overhead.” Over the past fifteen years, most publishers have changed greatly in their marketing, publicity, and sales departments. They’ve changed head count, job responsibilities, and expenses. Some of the “extra” employees selling physical copies–special sales, higher ed, events–more than pay for themselves in the additional opportunities they create. I’m not saying publishers do this perfectly, but it takes willful ignorance to pretend companies haven’t changed quite a bit.

It’s a weird sort of idea that people care about format. Nearly everyone I know watches more Netflix now than regular cable. How has this changed the way shows are made? The answer is, not very much. And you rarely hear anyone claim people will soon stop watching Game of Thrones because they’d rather watch something more interactive, with lots of connected sound and charts and texts. People would think that’s absurd. But for some reason, it marks you as an intellectual to say it about books.

It’s possible that Atavist Books could have succeeded in a normal way. They could have done what every publisher does–think realistically about potential sales and about costs and make sure the latter is less than the former. But who knows: they might have been profitable and shut down anyway. The end came because it seemed clear this company was not going to grow astronomically. Perhaps I’m just a pessimist, but this seemed to me to be entirely predictable from the start. Their team talked quite a bit about doing things in a new and fresh way without saying exactly what that way would be. We all know the cliché about building a better mousetrap, but it amazes me how many people are willing to invest in moose traps, which no one seems to need.