We who love literature face an urgent crisis: a gruesome epidemic of articles worrying over the demise of literature, reading, English Departments, and apparently (along with them) culture, art, morality, humanity, and ALL KNOWLEDGE AND CIVILIZATION. We’re in dire need of an antidote for this doom–prophesying fever, these impassioned warnings about “philistinism.” (A word that, btw, needs to please hit a wall and slide down.)

Like other doomsday prophecies, tales of literary demise are long on fear and short on fact. And although based on verifiable observations (decreasing readerships and book sales, closing bookstores, squeezed English departments), they’re so focused on Certain Doom that they can’t acknowledge the many places in which literature is thriving and/or receiving a new infusion of public interest.

The last few weeks have offered up their own versions of doomspeak (and questionable solutions), including David Mascriota’s writeup for The Daily Beast — in which he argues that English departments must be salvaged because they’re the only places anyone reads anymore. (And apparently there are zero alternatives.) So basically, we have to make people read books in college English courses or we’re doomed to devolve into an uncivilized, unread mass of (un)humans.

Unfortunately, this mammoth dearth of imagination is par for the Doomspeak course. Preachers of Lit Demise often assume that, because literature is disappearing from the places and situations they’ve learned to look for it, it’s disappearing entirely.
More egregiously, they often first exalt literature to a place of Powerful Human Significance, then claim it can survive only via a few fora: bookstores, classrooms, book clubs. It’s all weirdly small-minded . . . and vastly uncreative.

And it’s making me crazy. So Lovers of All Things Lit: It’s time we face up to our own raging blind spots, and to the ways in which we’re contributing to the very crises we fear. Literature will live, but/and we’ll have to come to terms with the wildly diverse reasons people are seeking it out. And we’ll have to let people love it for whatever qualities they see in its big fat fabulous literary face.

1. Let Literature Matter, However It Will.

Most of us believe literature is crucial to individual and societal well-being–that it’s good for reasons beyond the simple pleasure of reading. So we’ll happily cite studies, as Masciotra does in The Daily Beast, about how literature enhances readers’ “understanding and appreciation of narrative,” “strengthens the attention span,” and “increases and enhances the ability to empathize.”

But Doomsday Authors love to turn around (as Masciotra does) and say something like, But what REALLY matters about literature isn’t something that can be measured by scientists! It’s mysterious, personal, an “enchantment”! In other words, while it’s fine for studies to back up our (pre-determined) belief that literature matters, the real reason literature matters is that we’ve had a personal relationship with it. It’s touched our hearts. Once we were lost but now we’re found. You get the idea. The problem is, this wildly downplays (or worse, delegitimizes) the very studies and evidence that could lead people to give books another shot.

It’s almost as if we love literature so much that we don’t want anyone to read for any reason other than that they love it. One commenter on a doomspeak article claimed Richard Feynman’s famous physics quote is apt for literature too:

Physics is like sex. It may have some practical value, but that’s not why we do it.

This will feel accurate if you love reading, but here’s my reply: Practical value is not why YOU do it. But given the current Literature Doomspeak Epidemic, we’re apparently freaking out that other people aren’t reading. So if your goal is to get other people–who aren’t you and who don’t share your values and motives–to do physics, have sex, OR read literature, you’re going to have to come up with something better than, “But um, don’t you just, like, already want to?”

Here’s the deal. If we’re going to mourn the fact that others aren’t reading, it can’t be just because we want some hobby camaraderie, or because we fear for our book-related-industry-ish jobs (however legit that fear is), or because we don’t like change, or because it just feels right that people should, like, read more. If we’re going to go on about the importance of literature, it better be because we know (and not just by faith) that literature will improve lives–and because we want so desperately to see people thrive. We should be all about the stats and value assessments that support literature’s impact, and wow should we get all kinds of creative about how, why, when, and where people might encounter books. Speaking of which:

2. Literature’s Not Going Away. Seriously. 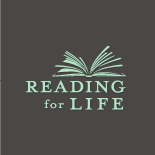 Exhibit A. In Indiana, a research-based nonprofit called Reading for Life offers a program for juvenile offenders as an alternative for jail. Small groups read books with mentors while learning and discussing Aristotelian values. Its success rate? 97% of their participants don’t offend again. That’s unbelievable. And considering the mounting concern among Americans over mass incarceration and privatized prisons (and prison alternatives), programs like this are only becoming more important. How can we be part of ensuring and expanding their success?

Exhibit B. In the UK, bibliotherapy groups have been steadily gaining in popularity; they’re especially good at meeting the needs of individuals who can’t afford or don’t have access to a therapist. Judith Mawer of the Mersey Care Mental Health Trust says,

People who don’t respond to conventional therapy, or don’t have access to it, can externalise their feelings by engaging with a fictional character . . .

As the stigma surrounding mental illness fades, and as it becomes more acceptable to seek treatment and therapy, the demand for practices like bibliotherapy will increase. If we’re convinced of the diverse benefits of reading literature–especially its ability to help us articulate, clarify, or process our own stories–how can we promote practices like bibliotherapy? How can we make sure classrooms aren’t the only (or even the primary) places one can find meaningful engagements with texts?

Exhibit C. NPR just ran a report about the significant benefits of play—for children AND adults–based on research from Dr. Stuart Brown, founder of the National Institute for Play. Among play’s benefits: improved social well-being, staying mentally sharp, and maintaining and improving our abilities to persevere.

When asked for suggestions for adult play, Dr. Brown suggested—ahem–reading a novel. And no, this isn’t some automatic boon to Worldwide Reading, but as our overworked society begins coming to terms with the health impacts of our busyness, people will begin seeking solutions. How can we make it easy for them to find books? To discuss them? How might we rethink literature’s presence in everyday culture?

In Closing: Love and Let Love.

The above are just a few ways literature is newly relevant and sought-after; we will create and uncover more. But if we instead cocoon ourselves in dark teenage grief over the looming loss of particular types of literary encounters, specific expectations for literary influence, and traditional expressions of literary expertise, we’ll forfeit opportunities to make sure literature stays at the forefront of similar developing initiatives. We’ll miss participating in the very thing we claim to love.

As society moves forward with better and more nuanced sociological, psychological, and technological studies, literature won’t go away. It’s possible that people will seek it out in places and for reasons that feel foreign or sterile to us, but while literary preachers are shouting on blog corners to get back in the classroom, back in the bookstore, the library, the book club, hell, even the hammock, we can be confidently celebrating—and supporting–the ways new readers are finding their own literary experiences.