Okay Writers. Confession: my last couple months disappeared in helpless Waiting: to hear from an interested publisher, to hear about grant funds, to get word on research, jobs, schools, where the hell I’ll be living in six months… It’s excruciating.

And I’m not alone. Thousands of you are sending out resumes, submitting manuscripts, obsessively checking gradcafe.com, hearing nothing. (Can we just high five each other for a second? Thanks.) We all know intimately that Waiting makes us feel helpless—like everything we care about is defined by someone else’s choice.

This is an EPIC exaggeration of reality, which nevertheless feels accurate. But here’s the thing — when we buy in, we give away what control we do have: our ability to create, to have impact, to invest in ourselves and others, to feel alive during the limbo season. And that’s messed up. 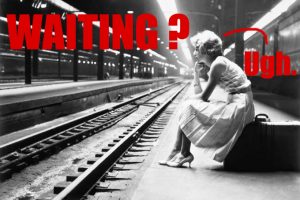 To the rescue: two artists who know what it means to wait and hope. Photographer Michael Wilson’s new photo essay just came out in Burn Magazine, and artist Ann Hamilton was interviewed for the public radio program On Being, which aired last week.  Their work is a compassionate kick in the ass, because they both embrace the waiting. They create from within it. We can, too.

1. Stand in front of things and hope. 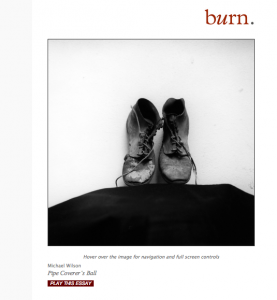 But when his photo essay posted, Wilson’s introduction began this way:

I stand in front of things and hope.”

His words are a humbling reminder that there’s no certainty for any of us—not even when we’ve accumulated a pile of successful work. Creating is ultimately about standing in front of our world and hoping it tells us something. Hoping we hear it. Writing it down. Making a picture.

What’s in front of you right now? What can you notice around you, near you, in you during this stupid aching mess of a Wait? You’re not in your TBD future. You’re here, and something right here has a story. Or maybe just a word, an idea. Stand in front of it. Hope.

2. If that’s not working, slow down. Notice. 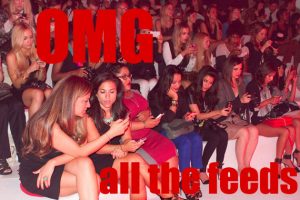 Okay, insert your curmudgeonly thoughts about America’s attention span here. We all know it’s hard to not check our emails and news feeds. Or to stand in a line without refreshing like, every smartphone app ever.

This is especially true when we’re in Limbo Season, when every passing second is a second during which some future-defining message or insight might arrive. So we check and refresh and do trivial, suddenly-urgent tasks, telling ourselves we’re learning, or getting our shit together, or staying on top of things. Really, we’re just trying to survive the feeling of teetering on someone’s whim.

The desperation to hear about the future is understandable. But by disappearing into time-sucking “tasks” and compulsive message-scanning, we give up the right-now, muse-worthy space we’re actually inhabiting. This includes the physical space around us, but also the very-human, write-about-able contours of the emotional/mental Waiting Space we’re enduring.

Photographers who love Michael Wilson’s work often say they envy his “eyes”—because he sees what the rest of us miss. It’s not just that he’s good at making pictures of whatever. It’s that he’s good at noticing the whatever in the first place—of sensing when to stop and stand and hope. Such noticing takes time and presence. It takes long looks that don’t know what they’re looking for. We can cultivate this Noticing, too.

My challenge to you: Click through Wilson’s photo essays. But go slowly. Resist the urge to click the “Next” arrow, or to look for anything in particular. Breathe. Don’t check that new text. Wait. What do you see? What did he? What stories or emotions are clamoring around in these quiet photographs? Now bring this same open attention to your own circumstances. Go slowly. Ask questions.

Ann Hamilton‘s art ranges from the overwhelmingly large to the intricate and tiny, from 80-foot swings to a tiny pinhole camera inside her mouth. Such range allows her to address a number of human vulnerabilities.

In her recent interview, she described one of her first projects: a man’s suit covered in thousands of painted toothpicks—so that it looked, in her words, rather porcupine-ish. She made it in grad school as an expression of the self-consciousness she felt as a student, the sense of being a fraud, of not knowing whether her work was “good.” “[S]o I thought,” Hamilton says,

is there a way to take this…emotional predicament or the self-consciousness and find a physical form for that? And in inhabiting it, does it then change my relationship to that fear?

As artists, the spaces of our confusion, fear, or worthlessness can actually lead to great work—if we occupy them. If we instead escape into a distracted holding pattern, we give away the power of our own complex stories. When we write from our Waiting, when we create work about it, we take back the right to experience our own lives—including their messes. Our very vulnerability, Hamilton states, can be a place of incredible strength. “If you can just occupy that, then there’s a whole lot of knowledge there.”

4. If that fails, or even if it doesn’t, make something else.

Ann Hamilton likes to call herself “a maker,” as opposed to an artist or sculptor, because “there’s so many forms for making.” If your Waiting—or whatever Predicament of Ugh—has you paralyzed or numbed out, and if you can’t write about or from that paralysis, then try making something else. Change up the powerless narrative running in your head. Imagine transforming something, someone, anything.

Bake or cook something. Share it. Hang out with kids. Sketch, paint, color something. Churn out a tiny writeup of an issue you care about, and post it to help spread the word. Call that person who probably needs to hear from someone. Take care of an animal. Clean something. Take a picture and edit it into total Weird Territory. Keep this list going in the comments.

By intentionally transforming something—however mundane!—we give an artistic middle finger to the notion that we can’t move until Whatever-It-Is says “Go.”

Because regardless of what’s next, there’s a story right here. We might hear it if we slow down and listen. Uncertainty is at the root of hope, and every great artist learns to occupy it. Occupy your waiting. Make something.