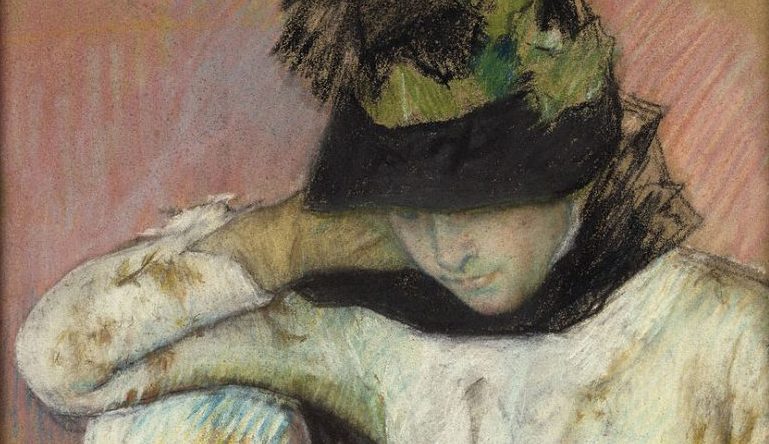 The first time I ever read poems one might call body positive, I felt embarrassed. Lucille Clifton’s  “homage to my hips” and “poem in praise of menstruation” needled my teenaged sensibilities, in large part because I had internalized misogyny and its attendant bodily standards. I felt inadequate, my body seemingly unspeakable, and so I wondered how a woman could talk so openly, so unremorsefully, about her body, about her period, that “river” she calls “beautiful,” and of her “big hips” that “need space to / move around in”? The very fact that I asked these questions tells me that I needed these poems, Clifton’s rigor of bodily celebration.

Although I initially bristled at the poems, their candor and insistence, they worked on me for several years, and I thought of them regularly, sometimes obsessively. After hearing Clifton read on the Poetry Foundation’s Essential American Poets podcast, “homage to my hips” often got stuck  in my head like the chorus of a catchy song: these hips are big hips, I would say to myself in the shower, in the car, on walks with my dog, relishing the sounds, their mouthfeel as I enunciated them. They became a kind of mantra or affirmation. Sometimes I even found myself moving my pelvis when I said them, as if in the opening gesture of a dance. A swagger.Her poetry She became, in short, an antidote to my own body negativity, a way to connect my body to poetry, my reading and writing of it. One of her poems lived in me, my body. Moving it. Giving it permission to take up space.

Body positivity is a lifestyle movement whose aims include the acceptance of all body types toward greater physical, mental, and emotional health; it asks us to reframe our notions of beauty and bodily standards. For some, the movement centers around “fat acceptance”; for others, including myself, it also encompasses the empowerment of all bodies, especially those of (cis) women, people of color, and/or queer, nonbinary, and trans people.  A participant in one of my recent workshops on the body and poetry called body positivity “therapy speak,” but I’d like to argue for its relevance and meaningfulness—its imperative, even—as a poetics. Although the movements and its proponents are far from perfect, body positivity offers a compelling frame for thinking about the ways that bodies are presented in poems.

My earliest memories of the poetic representations of other cis women, like me, were highly sexualized. I won’t go through a list of them, as it would take ages, but I remember reading so many poems in praise of women’s bodies, poems that aggrandized and even objectified them. It seemed that women’s bodies, rather than the women, were (cis male) poets’ muses. On the other hand, the poems by women who celebrated or spoke openly about their own bodies were presented to me as “loud” and “unsubtle,” their craft lazy, the poets themselves as undesirable. I recognize now how gendered and misogynistic these ideas are, how violent.

For years I deliberately worked against these ideas, scalpeling them out of me. I found poets—women, LGBTQ+, POC, and differently abled writers, in particular—who wrote candidly about their bodies, and I tried to confront my own body in my own poems. Last year, I encountered Chen Chen’s poem “Winter,” which originally appeared in Poetry, and realized that it offered something I had never seen before in the way a poem presents the speaker’s body, especially as its more “taboo” experiences. The poem begins with the matter-of-fact statement “Big smelly bowel movements this blue January morning.” Several lines down in the poem, the poet takes to task the way that a poetry teacher told the speaker to avoid certain subject matter: “Years ago, a teacher said never to use the word ‘poop’ in a poem.” The poem knows that some readers will have notions about what bodily functions “should” appear or not appear in poetry, what facets of the body are “poetic” and “unpoetic,” and it doesn’t care. With a Clifton-esque insistence, the poet declares, “I am trying to be marvelous” and then, one line later, with the relish of Catullus’s invectives, “& to make my enemies throw up.” The body is what it is. The body should also be celebrated. The body is resistance.

So what is a poetics of body positivity? It is a movement of poetry that celebrates the body, doesn’t shy away from the body’s full experience; it expands the scope of poetry’s engagement of the body and privileges the diverse lived experiences of people with bodies, all types of bodies. It rejects the appropriation of others’ bodily experiences. It is imperfect, and it sometimes recognizes that one’s own bodily acceptance is a process, a struggle.