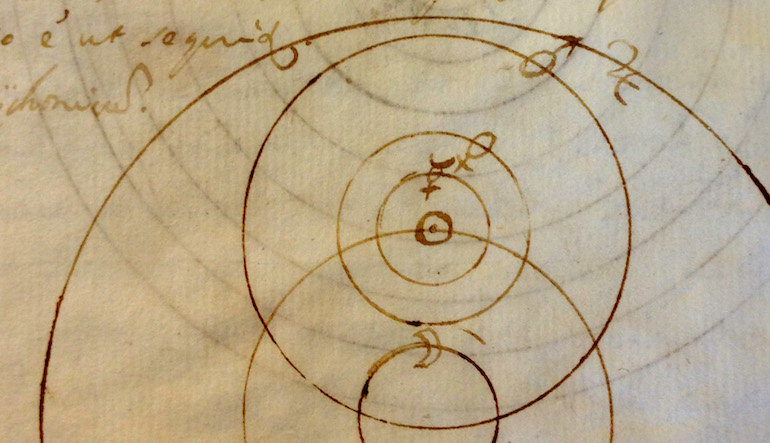 Sally Wen Mao’s “Antipode Essay,” which appears in her new collection Oculus, opens with the image of a bizarre American myth: as the speculation goes, if it were possible to dig through the center of the earth—through its “private parts,” to use the poem’s words—you would reach China. Even if we set aside the logistical challenges of the earth’s smoldering interior, this idea of directly “digging to China” from the United States isn’t possible in terms of the countries’ placement on the globe. “Antipode Essay” (“antipode” being a word that can refer to any kind of opposite, but is also the specific term for geographical opposites on the globe) considers how a certain kind of perspective gave rise to this expression of “digging to China” and allows it to endure:

itself without an opposite.

What a shame its real antipode

Here, the image becomes more than just a figure of speech: it’s a reflection of a skewed worldview in which America (in particular, white America) asserts its position as the default or norm, and it requires a contrast with an archetypical Other (in this case, the entire country of China) to affirm that position. But cultures aren’t like geographical coordinates—something as amorphous as “America,” which doesn’t even necessarily refer to the United States, can’t possibly have an “opposite.”

These lines also draw attention to how the verb “to orient” shares its formation with the capital-o “Orient.” It’s a term that has generically referred to various parts of the Eastern hemisphere (itself a relative term) throughout the history of the English language and that, due to its many layers of offensive nature, has (only recently) begun to fall out of use. The opportunity for this wordplay is no lexical coincidence. The verb “to orient” and the noun/adjective “Orient/oriental” come into English through the Latin verb orior meaning “to rise”; its gerund form, oriens, provides the change of vowel.

But what does “rising” have to do with orientation? Humans have always used the movements of stars to orient ourselves—including, most importantly, the “rising” of the sun in the east. In the bigger picture, it is the earth turning eastward on its axis that produces this effect—the expression that the sun “rises” at dawn is a matter of perspective.

The interior logic of Oculus seems to be all about perspective, and readers are repeatedly confronted with various implications of the “Occidental” gaze. The overall focus of the collection leans more toward questions of observation—the gaze as it relates to marginalization, the act of looking, and the state of being looked upon. These all converge in “The Diary of Afong Moy,” which turns to the lived experience of a Chinese woman who was brought to the United States in 1834 and displayed as a “curiosity.”

Like “Antipode Essay,” this poem insists that perspectives can be more fluid than they seem. The white women stare at Afong Moy’s “exotic” clothing and bound feet, but then she stares right back and notices that their bodies are warped too:

Their corsets were killing them.

Heavens! A grotesquerie, their spines

all crooked in their skeletons. I raised my brows,

ensconced in my civilized box.

The scale of what falls under these poetics of orientation doesn’t even stop at the boundaries of the solar system. Later in “Antipode Essay,” it opens up even further: “Even Polaris cowers / against the victrix of dawn.” The rising (oriens) of the sun triumphs over even Polaris, the “North Star,” a supposedly fixed point in the sky (nothing in space is truly fixed, and Polaris is not perfectly aligned with the Earth’s axis—it moves a miniscule amount away from true North every year). Once again, perspectives are forever mutable, forever rotating.

This image of Polaris hearkens back to an earlier poem in the collection, “Anna May Wong Fans Her Time Machine.” It is part of a sequence that centers the silent-film and early-sound era Hollywood actor Anna May Wong, who was often denied starring roles in favor of white actors who would perform in yellowface. These lines from “Anna May Wong Fans Her Time Machine” also use the North Star to invoke layers of perspective (in this case, referring to Ursa Minor, the constellation which contains it):

with sloping eyelids played the Chinese

warned me: all my life I’ve been minor…

The reference to the constellation may seem to come out of nowhere—what does Ursa Minor have to do with being denied a main role? Aside from the more-obvious double meaning of the word “star,” these lines employ a trick of etymology: the word “cynosure” (meaning “center of attention”) comes into English through the Greek kunosoura, dog’s tail, referring the “tail” of Ursa Minor, which contains the sky’s brightest star. Language always relies on known points of reference to convey meaning; with this particular word, we turn to Polaris not to know which way is north, but in order to express what it means to be bright. Anna May Wong was a “star” of her time, and there were Hollywood movies being made at the time with Asian female leads, and yet those roles would still go to white women.

The phenomenon of yellowface continues in contemporary films (and appears in several other movie-referencing poems in Oculus, such as “Ghost in the Shell” and “Anna May Wong Has Breakfast at Tiffany’s”) but it is also important to remember that Anna May Wong was limited by anti-miscegenation laws: American media censors ensured that, at least on screen, she couldn’t kiss an actor who was a different race, even a white actor in yellowface. “Anna May Wong Fans Her Time Machine” also delves into this experience of being limited by sexual norms; while doing so, it engages with another sense of the word “orientation”:

To the future, where I’m forgotten.

Where surely no one gives a fuck

who I kiss: man, woman, or goldfish.

Here, Mao goes beyond anti-miscegenation and even nods to a kind of optimistic queer futurism. Again, this poetics of orientation urges us toward the idea that perspectives can be fluid, and that harsh gazes can become more tender.

Any meditation upon “perspective” in the abstract requires a kind of double movement of poetic distance: a given “perspective” will always be defined in relation to something else, whether that’s a set of cardinal directions or a cultural Other. Mao repeatedly accomplishes this double movement in a way that pushes against the notion that a state of being “othered” is necessarily a fixed point of marginalization. The hopeful streak of Oculus seems to stray more along this slant of light: that even this world defined by “othering” still has the time and space to grow into something new.