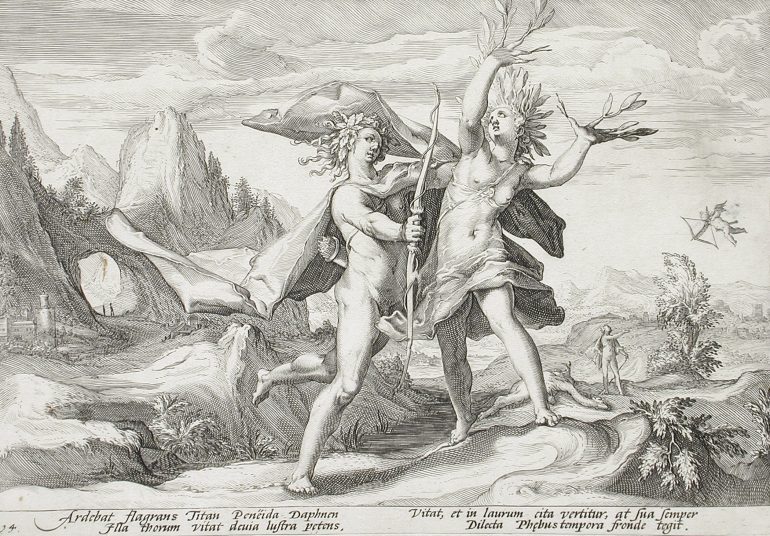 The seminarians were frustrated, our Ancient Greek professor told us, that there wasn’t just one meaning to a word in Koine Greek. They were insistent in finding one, he said. But there’s no such thing as the best translation. There’s only a better one.

The idea certainly made sense to me. I’d grown up with liturgy books that had Koine Greek on the left side and English on the other. I had noticed that from church to church, the English changed, while the Greek did not. I heard it that way, too, when the priests chanted through the service—the English changing, the Greek not. Neither took up less precedence in the service, unless it was a priest who conducted the whole service in Greek. You relied on your memory for the understanding of those services, and the liturgy book if you were lucky enough to find one.

I was reminded of this in reading Jhumpa Lahiri’s In Other Words, in which Lahiri decides to include the original Italian text on the left side and the translation, by Ann Goldstein, of her work on the right—just like in the liturgy books I grew up with, and like the translations of The Odyssey and Ovid’s Metamorphosis that I would come to read in college (the former because my Ancient Greek never got me past “ἄνδρα μοι ἔννεπε, μοῦσα, πολύτροπον, ὃς μάλα πολλὰ/ πλάγχθη, ἐπεὶ Τροίης ἱερὸν πτολίεθρον ἔπερσεν”; the latter because I never studied Latin).

Lahiri writes about a translation of The Odyssey in her book, which is part memoir, part artist’s raison d’être. She recounts a discussion in letters between Rosa Calzecchi Onesti, who translated The Odyssey into Italian, and Cesare Pavese, a consultant for the publishing house Einaudi. Onesti’s famous translation is now known for its being written in modern Italian, and Pavese pushed her there: of the infamous phrase, “‘wine-dark sea,’ he writes, ‘I agree with the dark sea. Out with the wine.’” Lahiri notes that such negotiations are those undertaken by every writer, whose work lies in trying to find the right word for each expression or phrase. But to countless students who have studied The Odyssey in high school, cutting out “wine” may seem like blasphemy, mostly because it has always been that one way—and mostly because it is largely imagined by everyone but translators that there is only one way to translate.

Lahiri’s book leans into this idea of the sacred and final text. By including the original Italian, written after her disavowal of English—the latter a language that is supple in her hands, a language through which her storytelling has sung, a language that won her a Pulitzer—she is enforcing the sacredness of her decision, but also of a language that is not English. This is entirely unheard of, and as she acknowledges in her book, is a decision that has not come without criticism.

Readers in the United States say they don’t want to read Lahiri in translation. Readers in Italy want to know why she’s decided to write in a language that isn’t as widely read as English and think giving up on English could lead to a trap, a sideline. There is still a running bias against works in translation in the Anglophone market, so the reaction that Lahiri’s once celebrated status may fade is warranted. Normally a book like this wouldn’t get read much, but it has garnered attention because of Lahiri’s much-deserved status as a writer has been, should be, and will continue to be read.

That she includes the “little brother,” a moniker she’s given Italian, in the book—and on the left side—is a reversal of the norm. She uses the privilege of English to subvert its place and to perhaps make us all think that its own position is relative after all.

English is not, importantly, Lahiri’s mother tongue—that position belongs to Bengali (though she says she speaks it imperfectly, and always with an accent, providing her with some distance from that language, too). As a result, she was a “linguistic exile” before she decided to transform herself into an Italian-writing Indian-American. Of this, she says:

When you live in a country where your own language is considered foreign, you can feel a continuous sense of estrangement. You speak a secret, unknown language, lacking any correspondence to the environment. An absence that creates a distance within you.

English was a language she strove to interpret and make perfect. It stood for a culture that had to be mastered and was part of a continuous struggle, even though she loved it. Italian became Lahiri’s way out of that struggle, into a world where she could make mistakes, but also a world of freedom and exploration. In doing so, she became “free, light.” She rediscovered, she says, the very reason for which she writes.