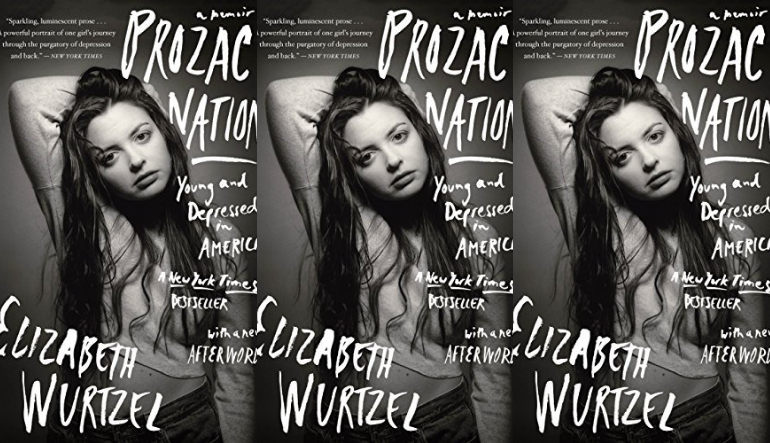 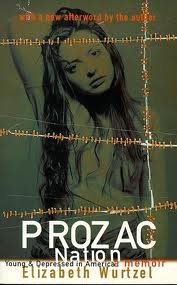 At least sixteen years ago, maybe more, I read Elizabeth Wurtzel’s Prozac Nation and saw myself.

These days, it’s de rigueur to dismiss Wurtzel as a chaotic, self-involved mess. But back then, after receiving a diagnosis of chronic depression with bipolar tendencies, I ate up Wurtzel’s navel-gazing, book-length confessional. I read about her struggles with depression and, in a time when going to therapy was still a bit taboo to talk about, I began to feel a little bit less alone.

Her critics, then and now, call Wurtzel privileged and whiny, insinuating that she hasn’t earned her suffering.

Back then, I was already starting to discover that depression has no rhyme or reason.

Her critics also called her selfish.

I know from experience that when one is in the midst of a depressive episode, no one else matters.

Her critics say she is in a state of suspended adolescence.

Hell, depression always makes me feel as if I’ve regressed.

Critics be damned, she showed readers her insides, and many readers felt that their insides (even if they seemed ugly) were very much the same.

More recently, I began reading Glennon Doyle Melton’s Carry On, Warrior: Thoughts On Life Unarmed. In this book, Melton writes of her struggles with eating disorders and addiction, and goes on to share the eventual redemption she achieves once she realizes her purpose in life is to share her insides with others, thereby making them feel less alone. I immediately connected with this concept as, for years, I had been writing for the same reason. In fact, the subject matter I specialize in the most—”female sexual dysfunction”—is a topic I’ve returned to time and time again after a sexually and emotionally abusive relationship led me, in a roundabout way, to a career as a sex writer.

Sure, I get my share of criticism and unbridled vitriol from anonymous commenters. It’s impossible to avoid when you write online. But always, in the midst of all the negativity, there are the comments—and sometimes even personal emails—from readers who just want to thank me for making them feel less alone.

That’s what keeps me writing.

And that’s what I look for when I read, too.

When I was about two years into my marriage, foolishly allowing my depression to wear away at my relationship and make me wonder if my husband and I had made a mistake, I read Michelle Maisto’s The Gastronomy of Marriage and felt reassured by how damn hard marriage seemed to be for everyone.

“Once we shared a home,” writes Maisto, “we bristled at the need to still compromise in the one place where the ways in which we adjust to the world are supposed to fall away.” As one who highly values her solitude, and who struggled mightily for six months after moving into a one-bedroom condo with her soon-to-be-husband, I wanted to give Maisto a high five and an Amen! Especially because I was still struggling in so many ways.

About two years after that, after almost separating from my husband, finding solace in yoga, and turning everything around so that our marriage only ended up stronger than it had ever been before (long story), I read Neal Pollack’s Stretch, in which he writes about being consumed by this new hobby of his. I could relate. I took four to six yoga classes a week, read all the yoga-related books I could get my hands on, went on a yoga and cooking retreat, and eventually ended up becoming a yoga teacher. Though I wasn’t the typical stick-thin, always-zen yogi you find on every single cover of Yoga Journal, yoga had saved me, and I appreciated reading about Pollack’s own journey through the yoga world. Imperfections and all, it was incredibly similar to mine.

Then, several years later, there was Sam Apple’s American Parent. I had read it several years before in a freelance editor capacity, but I re-read it after my husband and I finally got pregnant, an achievement that came following three-and-a-half years of trying really, really hard. I loved Apple’s sense of humor in the face of the seemingly impossible task of magically transforming from married person to married-person-who-is-also-a-parent. He and his wife didn’t seem to know what they were doing, and neither did I.

Over the years, I have also most cherished the essay collections containing experiences that reflect my own. There is Barbara Kingsolver’s Small Wonder. There is Anne Fadiman’s Ex Libris. Especially popular within the literary community in recent years, there is Cheryl Strayed’s Tiny Beautiful Things.

“Practice saying the word ‘love’ to the people you love,” writes Strayed, “so when it matters the most to say it, you will.”

This is a lesson I am continually trying to remember in my marriage.

This is a lesson that reminds me of the impermanence of even the most terrible of situations, and our ability to respond to life in a way that makes those situations even less terrible.

“You don’t have to get a job that makes others feel comfortable about what they perceive as your success,” writes Strayed.

This is a lesson that reminds me that I am successful, even if my definition of success is not the same as everyone else’s.

Next up on my TBR list is Roxane Gay’s Bad Feminist. After reading a slightly edited version of the introduction on BuzzFeed, I can’t wait–because so many of my decisions and actions are colored by my worrying about whether or not I am feminist enough or, in Roxane Gay’s words, whether or not I’m actually a flat-out “bad feminist.”

Dwelling upon my own (perceived) shortcomings in my leisure time? I can’t get enough!

Sure, I still read to escape. My favorite genre is still horror. I enjoy a good thriller and I love me a good war novel. The majority of books in my office are about either yoga or sex. But whether I write or I read, I still crave that connection. Luckily for all of us, if we look hard enough, we can read someone else’s words and end up seeing ourselves.