Home
»
Reading
»
The Problem with Writing Autism as Problem 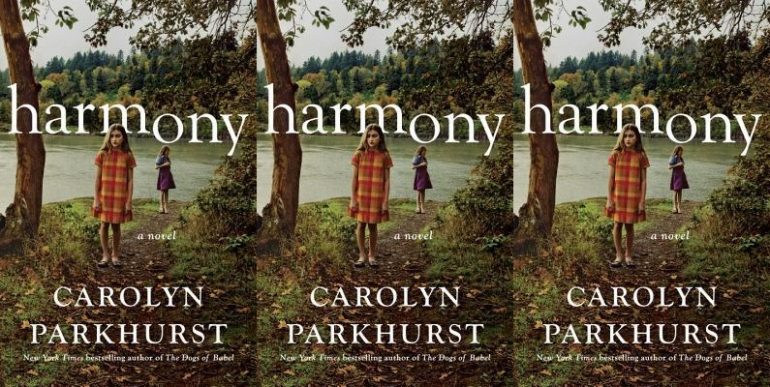 On cold nights, when the elders gathered by the fire to tell stories and their talk turned to the Great Autism Panic of the early twenty-first century, we children were never quite sure how much to believe.

To try to capture the zeitgeist of autism in America right now is to sip water from a fire hose. It can’t be done. The diagnosis is as contentious as it is, increasingly, commonplace, claimed as everything from epidemic to evolution. I’ve spent a lot of time looking at autism through a variety of lenses, both clinical and personal, but the lens that intrigues me most is that of the novelist. Few novelists have taken on autism as a category of people, preferring instead to limit their attention to one person at a time. With the exception of a few authors (Elizabeth Moon’s The Speed of Dark, for example, and, now, Carolyn Parkhurst’s Harmony), novelists limit their attention to one autistic person within one family. In addition, they tend to duck outright diagnosis, preferring, instead, “autistic-like traits” observed from the outside, but their characters rock, stim, avoid eye contact, and scream like weasels if they’re touched. What they usually fail to provide is any reasonable sense of what it’s like to be autistic.

Most of what is commonly known about autism can be found in the professional manual for psychological diagnosis, the Diagnostic and Statistical Manual. Now in its fifth edition, the DSM-5 famously (or infamously) offers a rubric, guidelines of specific challenges, which, if present, result in a diagnosis. There’s no blood test, no scanning device. There’s only the clinician’s interpretation of individual communication and behaviors, their attention trained towards categories of impairment: social problems (“persistent deficits . . . failure of normal back-and-forth conversation; poorly integrated verbal and nonverbal communication”); strange (“stereotyped or repetitive”) patterns of behavior, such as “lining up toys or flipping objects . . . difficulties with transitions.”

The whole purpose of diagnosis is treatment. But what if there’s nothing to treat? That’s what happened with Gender Identity Disorder—a diagnosis that disappeared from DSM-5. Homosexuality, first identified as a “sociopathic personality disturbance,” wasn’t removed from the DSM until 1981. Diagnosis only pretends to tell a story in objective narration; in fact, it’s often held like a magnifying lens to the societal gaze.

In Carolyn Parkhurst’s novel Harmony, the story of a family caught up in a desperate venture is told through three voices: the mother, Alexandra, and her daughters Iris and Tilly. Here, Alexandra recalls Tilly’s childhood:

The thing is: she was still so little. You can hardly believe it when you look at pictures now, how little she was. There was so much about her that was big: the force of her tremendous will; the astonishing vastness of her intellect, still emerging; the outsized chaos she brought to your household. But this is all she was: a little girl. God, the picture of her on her first day of school, standing on the porch in her little purple jumper. Will you ever be able to look at that picture without wondering if that was the day you made all the wrong choices?

This is the narrative given by the DSM, one torn between amazement (“the astonishing vastness of her intellect”) and fear (“the outsized chaos she brought to your household”), both cowed by the guilt that she’d made “all the wrong choices.” This is the narrative that drives intensive, expensive, goal-driven treatment programs—programs like Parkhurst’s Camp Harmony—a story that is told and retold by the medical community. Autism is a diagnosis, after all, a medical diagnosis. Surely, then, the doctors should know?

Tilly’s younger sister Iris is another narrator to the story. It’s through Iris that the reader sees the family’s story most clearly. Iris’s feelings are as complicated as those of many siblings, equal parts adoration and pure embarrassment. It’s through Iris’s story that we, the readers, start to understand that this isn’t a book about autism, or at least not about autistic people. It’s a book about the effect fear has on families.

What if the problem with autism isn’t in autistic patterns of communication, development, or behavior? What if, instead, the problem is fear?

Autistic author and educator Nick Walker has answered the question, “What is autism?” in an attempt to accurately describe this select group of people in a way that doesn’t rely on defining their way of being as a problem. “Autism is a genetically-based human neurological variant,” he writes. “(It) produces distinctive, atypical ways of thinking, moving, interaction, and sensory and cognitive processing. . . . (In) the context of a society designed around the sensory, cognitive, developmental, and social needs of non-autistic individuals, autistic individuals are almost always disabled to some degree—sometimes quite obviously, and sometimes more subtly.”

Every time we conjecture a diagnosis for a person whose behavior we dislike, we’re implicitly suggesting that there might be a solution for that person’s behavior, whether medication or therapeutic. We’re suggesting that their very being is in some essential way a problem that should, morally, be solved so that they can fall in line with the rest of us—undiagnosed, perceived as normal. The story we don’t tell—the story backed up by statistics in which disabled people of all ages are far more likely to be victims of violence than violent themselves, far more likely to be the targets of sexual abuse than dangers to others, far more likely to be homeless or incarcerated than nondisabled people—won’t be heard as long as the story of autism as a problem remains the one we tell.

In Pankhurst’s Harmony, three sets of parents share the same desperate fear for their (very different) autistic children, and are willing to go to any lengths for a solution to what they think is their child’s problem, the problem of autism. They’re afraid, and consequently miss very real dangers until it’s nearly too late.