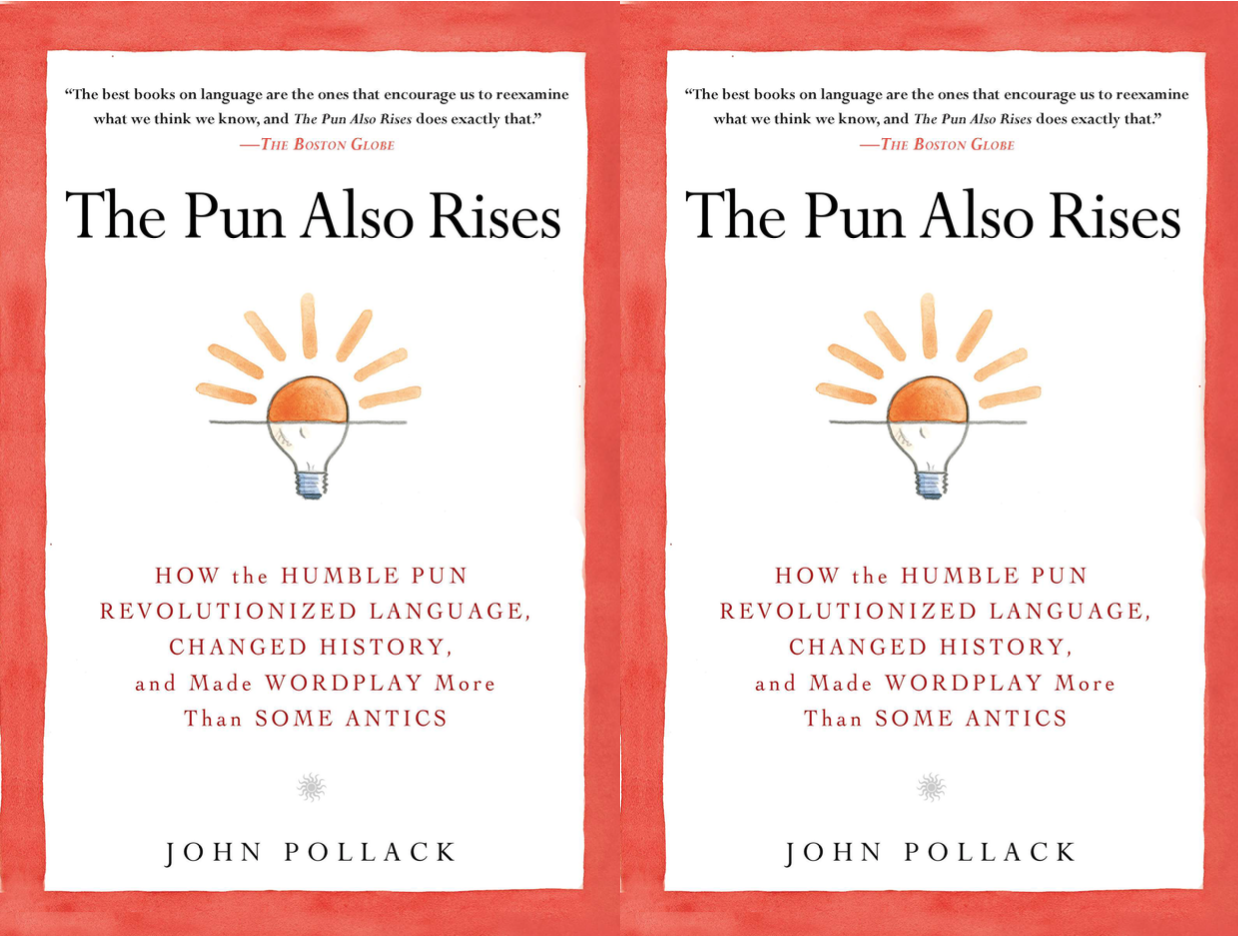 I’ve long loved wordplay, and long been puzzled, too, that many in the literary community don’t—especially, it seems, in my peculiar branch of it in Boston. Aren’t writers meant to be passionate about words and all their uses? Aren’t nuance and double meaning and unexpected tricks of language—the very things underpinning punning—the same tools writers strive to use in prose and poetry?

Shouldn’t I get more laughs, in short, for my joke about the bad conductor?

I’m happy, finally, to have found answers to these questions in John Pollack’s new book, The Pun Also Rises. In between chapters on how our brains process puns, a rigorous taxonomy of their various forms, and a truly epic recounting of the 1995 O. Henry Pun-Off World Championships (which Pollack won), he gives us a thoughtful literary history of puns, and suggests two reasons for their current low status.

The first, essentially, is the Enlightenment. With its emphasis on carefully knowing and describing the world, says Pollack, that new, rationalist mindset simply couldn’t—and still can’t—abide a practice built on ambiguity. How can you trumpet the value of punctilious empiricism (okay, poor choice of adjective) and still take pleasure in a good double entendre?

The timing of that argument certainly fits with the first half of puns’ decline, but Pollack’s explanation for the second half is less convincing; he blames a shift in the national sense of humor, post-World War II, from jokes with predictable subject matter and obvious set-ups, to more sophisticated, organic forms of comedy.

Such a shift may well have happened, but Pollack doesn’t link it with wider cultural change as well as he does with the Enlightenment. The best he can manage is that the postwar years saw a rise in subversive behaviour and radical subcultures, and puns were too “establishment” to remain popular.

That’s fair enough, but to me the shift seems equally tied to the larger aesthetic one, in response to our increasingly mass-produced culture, that brought us Abstract Expressionism, and the Beats, and “authenticity” as a marker of good art. Puns are like the romance novels of jokes: too cookie cutter to be considered great.

Beyond that minor oversight, though, Pollack’s book is a fun, thought-provoking read, and leaves us with the claim, frankly uplifting, that punning in some form remains widespread and popular today. Indeed, echoing Richard Lanham’s argument in Style: An Anti-Textbook – that no matter how much you try to lock down formal prose, people will find a way to be playful with it – Pollack suggests that punning is an inevitable part of human nature no matter how much we claim (or try) to hate it. It’s also, he notes, a crucial part of cognitive development and imagination, and for all those reasons we should stop groaning and embrace it.

So if anyone wants to hear that joke about the poor conductor, now, you know where to find me.