Home
»
Critical Essays
»
The Pursuit of Love’s Rejection of Romance 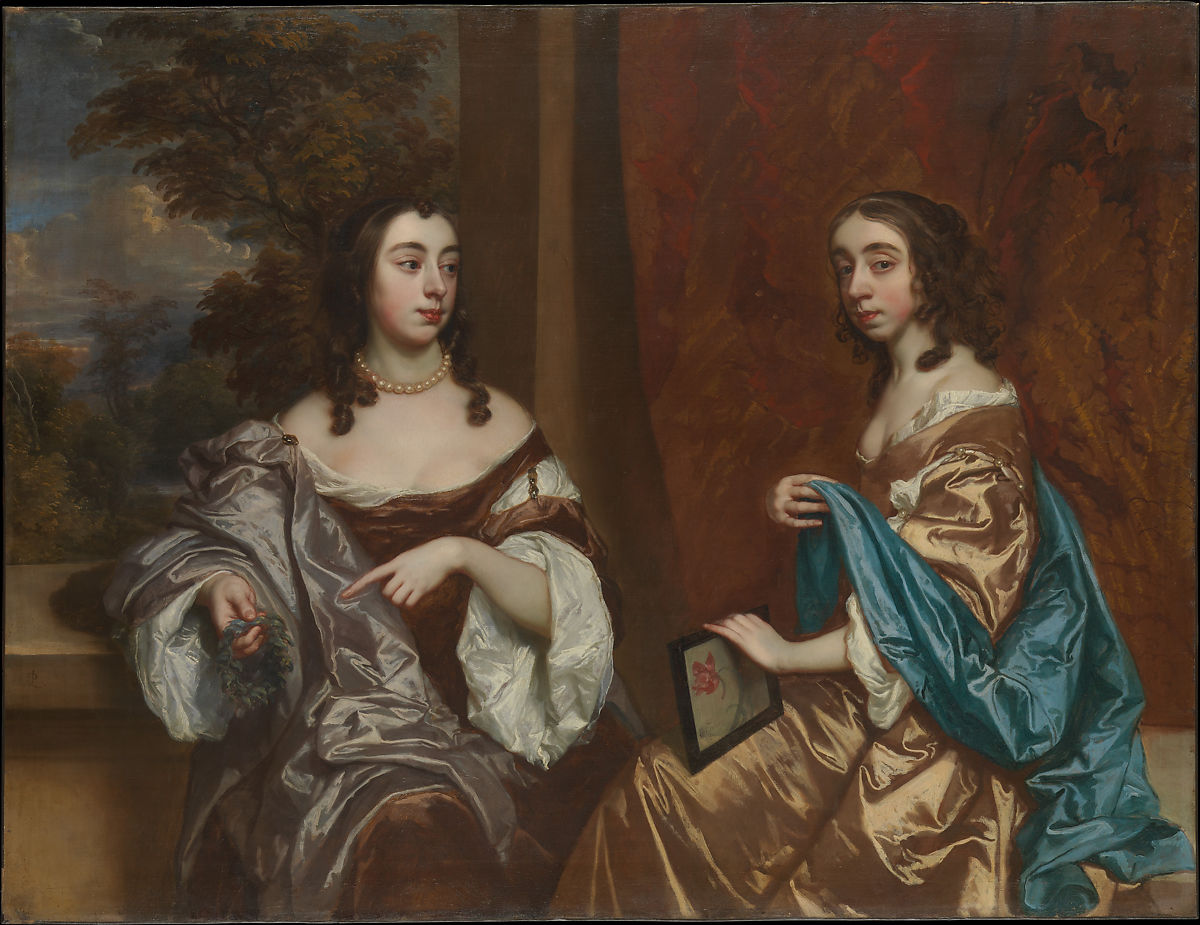 At Linda Radlett’s first ball, her expectations are crushed, foreshadowing the problem that will haunt her for the rest of her life. Nurtured by romantic fantasies, she finds the event “utterly different from what one had imagined.” The conversation is boring, she’s a clumsy dancer, and when a party of bright young things from a neighboring estate drops in, she is so embarrassed by her homemade dress that she begs not to be introduced to them.

Linda, the protagonist of Nancy Mitford’s 1945 tragicomic (and semi-autobiographical) novel, The Pursuit of Love, spends most of her adolescence “paralysed by her longing for love,” only to realize, again and again, that the relationships she sacrifices for are built on sand. What’s made clear to readers is that this desire for romance, which prompts great courage and callous recklessness, is the very thing blocking Linda from lasting happiness. Mitford’s novel suggests that romantic love is an illusion that the social order can prop up but never sustain, and that Linda’s driving force is, in a very real sense, her death drive. The alternative the book presents is the much less glamorous acts of love that come from sustained, tested friendship, and it’s from these relationships that The Pursuit of Love mines much of its celebrated humor and its overlooked, but just as important, compassion.

Linda’s downfall springs from a flaw so rooted in her character and upbringing as to be almost inescapable. One of seven children in the aristocratic Radlett family, she is brought up by loving but not exactly attentive parents. Her father, Matthew, whose finest moment was when he “whacked to death eight Germans one by one as they crawled out of a dug-out” during World War I, holds views on the education of women that are only slightly less offensive than his ingrained xenophobia. Viewing school as a place where his daughters will “los[e] every ounce of feminine charm,” he keeps them at home with no set curriculum and a rotating cast of governesses. One of Matthew’s redeeming qualities is the love he has for his children, but, unmoored from intellectual discipline and mental stimulation, this love is not enough to protect them from unhappiness.

Stiflingly bored at home, Linda turns to romance as a means of escape. As a consequence of her lackadaisical upbringing, she and her siblings “never acquired any habit of concentration.” Since “ordinary existence produced an unbearable torture of ennui,” it’s not surprising that Linda turns to daydreams of epic romance to satisfy her hunger for meaning. She falls in love with a wealthy banker’s son, Tony, when she is still in her teens, rushing into marriage against the advice of her parents and before she really knows him.

“Love,” a despairing friend tells Linda as he tries to convince her to break off her engagement, “is for grown-up people, as you will discover one day.” What he means is that the connection Linda grasps for has nothing to do with the balls, grand gestures, and secret meetings she believes lead to emotional companionship. She thinks that marriage will provide the interest her current life lacks, but in fact, love “has nothing to do with marriage” and everything to do with the self-knowledge and emotional maturity she never had the chance to cultivate.

Linda expects Tony to fill a hole in her life, but she quickly learns he doesn’t have enough charm or integrity to even keep her interested. She eventually abandons him and their young daughter and remarries Christian Talbot. In direct opposition to Tony’s smug capitalism, Christian is an ardent Communist, and Linda hopes to adopt his sense of purpose and build a life together. Instead, she finds they are woefully mismatched, with her cheerful, humorous attitude and desperate need for companionship bumping up against his self-seriousness and absorption in his work. After leaving Christian, Linda meets Fabrice, a French duke, for the first time experiencing “perfect and unalloyed happiness” before the German invasion separates them. Fabrice goes to fight and die in the French Resistance, and Linda becomes pregnant with a baby she insists on carrying to term despite serious health risks. She dies in childbirth, never knowing of her lover’s death.

Linda’s story has the arc of a tragedy, with her longing for love leading to her death. But it’s impossible to pity or despair over her. The novel crackles with her zest for life and cockeyed perspective, transforming her from a prisoner of fate to the protagonist of her life, however misguided the choices she makes may be. All of this is because of Fanny.

The greatest love story in the novel is not that of Linda and Fabrice, but of Linda and her cousin Fanny. Fanny is, by her own admission, shy and easy to overlook, but the friendship she offers Linda is life-giving in both a thematic and textual sense. She is The Pursuit of Love’s narrator, and not only supports Linda through some of her darkest moments, but also gives her a voice by telling her story. Her motive is simple: “Linda was not only my favourite cousin,” she says, “but…my favourite human being.”

Fanny’s feelings for Linda may be uncomplicated, but the escapades they lead her to are certainly not. As well as serving as the reader’s interpreter of Linda’s motives, she’s also the go-between connecting Linda and the rest of the Radletts, explaining Linda’s actions with sympathy and understanding. While she rarely agrees with her cousin’s decisions, her commentary is not so much judgmental as it is concerned with Linda’s welfare and happiness, such as when she drives to London in the middle of the Blitz to urge Linda to come home. Her loyalty directly contrasts with the men in Linda’s life, who all are attached to her primarily because of what she can offer them, whether it’s beauty or status or excitement. Fanny’s friendship derives from actions rather than expectations.

This loyalty also flows from Fanny’s experiences with the fallout of the kind of relationships Linda cycles through. Like Linda’s daughter, she was abandoned as a child and raised by relatives while her mother (known as the Bolter because of her tendency to run from one marriage to the another) largely ignored her. Her personal life is only briefly touched on, but it’s clear that Fanny prizes stability and values devotion. Describing her marriage, she says it is “that refuge from the storms and puzzles of life which I had always wanted.” Viewed in this light, her friendship with Linda is even more touching, as what Linda brings to the table is certainly not a refuge from storms or puzzles. It’s the complicated, action-driven love found between people forced together by circumstances, who may not have very much in common—the love often found between families.

Familial love becomes the source of much of the novel’s humor, especially in the final chapters in which Fanny, Linda, and Linda’s sister Louisa have all returned to live at Alconleigh, the Radlett’s childhood home, to wait out the Blitz. Mitford’s humor can never be described as sweet—the points she makes on human nature are too acidic for that—but it does derive from the mix of friction and exasperated affection the family has for each other. When Louisa complains of the unfairness of Linda coming back from Paris refreshed and glamorous while she and Fanny get nothing for sticking by their “dreary old husbands,” Fanny is quick to defend her spouse, but admits that “of course I knew exactly what she meant.” Louisa may complain about her sister’s fecklessness, but she is also the one who buys clothes for Linda’s baby. The often hilarious contrasts between what the Radletts say about each other and what they do shows Mitford’s humanity and compassion as a writer. While she makes readers privy to all of her characters’ foibles, she also shows the tangled feelings and shared histories that bind them together, creating a synergy where it’s possible to laugh with the characters rather than at them.

The true tragedy of The Pursuit of Love, then, is not Linda’s affairs, but how those affairs blind her to the complicated but more enduring love her family had for her all along. Speaking to her mother after Linda’s death, Fanny insists that Linda may have found lasting happiness with Fabrice. The Bolter’s reply is not exactly encouraging: “One always thinks that. Every, every time.” Fanny may not have been the great romance of Linda’s life, but her love was the securest. She was the one who was there. Every, every time.

Tags:Nancy Mitford, The Pursuit of Love