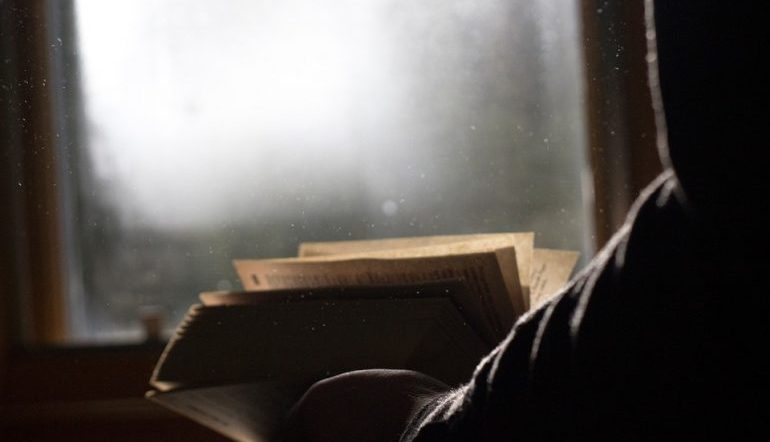 At some point in my youth, I learned the art of cruising a library. I hungered to satisfy my gnawing curiosities. I sought something that would make my queerness less unsettled and unsettling. Books, for years, stood in for men. I wandered silently through the stacks, a catalog number in hand, scribbled hastily on a sheet of paper, and delighted in reading books like Andrew Holleran’s Dancer from the Dance in the back corner of the library’s second floor. A borrowing card, tucked neatly at the back of the book, stamped with dates from decades ago, made me wonder how many others had wandered these stacks like me, like Ariadne in the Minotaur’s labyrinth. Literature that reflected the queer experience seemed to me a shared resource, and a public one for those who knew how to look for it. What’s more, the books I came upon made my queerness a cultural, historical phenomenon rather than simply a freakish feeling to be hidden away.

But the knowledge of my own sense of difference should have attuned me to the ways in which reading could illuminate the differences of others. Books could act as more than a mirror—weren’t they also a window?

Reading, for the distinguished writer Edmund White, bears comparison to sex—both indulge the pleasures of transgressive fantasy, secrecy, and escape. But we can take this analogy a step further to suggest that reading is fundamentally a queer act, and White’s new collection of essays, The Unpunished Vice: A Life of Reading, elucidates this idea beautifully. Blending memoir and literary criticism, this volume reflects on the role reading has had on the award-winning author’s life, while also illustrating that reading is both an activity of self-discovery and an act of self-suspension.

From a young age, reading transformed White, an awkward gay kid from the Midwest. Encountering Thomas Mann’s Death in Venice, the story of a German man who falls in love with a beautiful Polish teenager, White writes, “[It] made me hope that there might be others like me, somewhere out there.” André Gide, a French novelist who wrote openly of gay life and whom White describes as “the tutelary god of my adolescence,” provided White mentorship in the absence of queer parents. Queer people, White quickly learns, have to teach themselves how to be queer. It is precisely this orientation toward curiosity and discovery that typifies the queer experience. Discovering fiction, a craft premised on invention, allowed White to create for himself a life infinitely more livable than the banal, oppressive straight one he’d been taught as a child. As White writes, “Learning to be gay felt not unrelated to learning to be cultured.”

But reading is more than stumbling across yourself in the pages of books. After all, to see one’s self reflected in literature, or to “feel seen,” only creates bounded and frustrating categories of readers perpetuating the primacy of their own experiences and identities. Queerness offers hope, however, to view reading as a means of dissolving the ego. We read to move past our limits of comfort, to engage with the world, to feel temporarily discomfited, and to exercise the muscle that is our imagination.

The more White read, the less he became concerned with seeing himself in literature. In his essay on his fascination with the literatures of China and Japan, he writes that he let himself be confronted with difference in the world. “I was drawn to the utterly foreign. I was convinced all these unfamiliar symbols and signs disguised a greater wisdom,” writes White. He was seeking a culture distinct from his “own boring, middle-brow, overly obvious world.” The particularities of stories like The Tale of Genji appealed to White, for they intimated the beauty of societies with more capaciousness for nonnormative expressions of desire. In the foreign, White was able to dislocate himself from what he knew in order to open up a space for other ways of being.

Writing serves to surpass our imaginations, and so, we as readers are faced with the plausibility—and reality—of difference time and time again. Writing on the French tastemaker-cum-novelist Colette, for example, White admires how her Parisian protagonists are in danger of losing their beauty to age and of being dropped by their lovers. French fin de siècle romances seem a world apart from White’s, and yet, Colette’s stories allow White to see the stakes of gay relationships and their insecurities with aging more clearly.

In a brilliant essay on Tolstoy, White suggests that Anna Karenina operates according to an entirely different social code from ours, and yet, the novel’s characters feel familiar to us. Tolstoy’s characters are “beset by unconscious motives, desires, or impulses they refuse to admit to themselves.” Anna Karenina gives us the full picture of married love, in all its forms, so that readers can absorb the push-pull of different portraits of love on the page. But Tolstoy’s mode of perception is askance, “alienated,” even queer. He was conflicted between his own worldliness and his spirituality. This dynamic tension fuels the process of writing and may even transfer to the reader. Why shouldn’t an ordinary reader be split as he reads, just as a queer person may feel a tension between his own desire and social norms? Because Tolstoy restlessly investigates every idea and emotion on the page, ever in conflict with his own preconceptions, Anna Karenina offers a reader the opportunity to grow and change. Translating that world of nuance to the page is the only way to retain the complexity of the human experience.

Do we read to sharpen the edges of our own self, or to let what we think we know of ourselves be disintegrated? White’s essays in The Unpunished Vice negotiate this tension beautifully, but in the end, it’s safe to say he believes a reader must, in reading, seem suddenly unrecognizable to themselves, even if for an afternoon. We should read to feel sharply our own defamiliarization. White writes, “I feared that my homosexuality would deprive me of an understanding of ‘real’ people and what they undergo—birth, courtship, marriage, adultery, divorce, and so on. Now I see that these experiences (or their equivalents) touch every life.”

White rereads Anna Karenina every year and has reread Proust five times in his life. When he was young, it gave him a vocabulary to describe snobbism; now, late in life, he reads it as “the definitive condemnation of snobbism.” It’s as if White’s young self may have become strange even to himself. Queerness is a process of self-reflection and self-transformation. The pitfalls and pressures of the queer experience prepare an individual for a particular sense of vulnerability and sensitivity to the world.

Ultimately, the lesson I hadn’t learned early in my days cruising the library is one that White imparts to us in this elegant volume: “People interested in putting together a very restricted canon of great books don’t really like reading; true readers, among whom I have the impertinence to include myself, are always sniffing out more and more titles. Reading is a hobby that never grows stale—and an unpunished vice.”