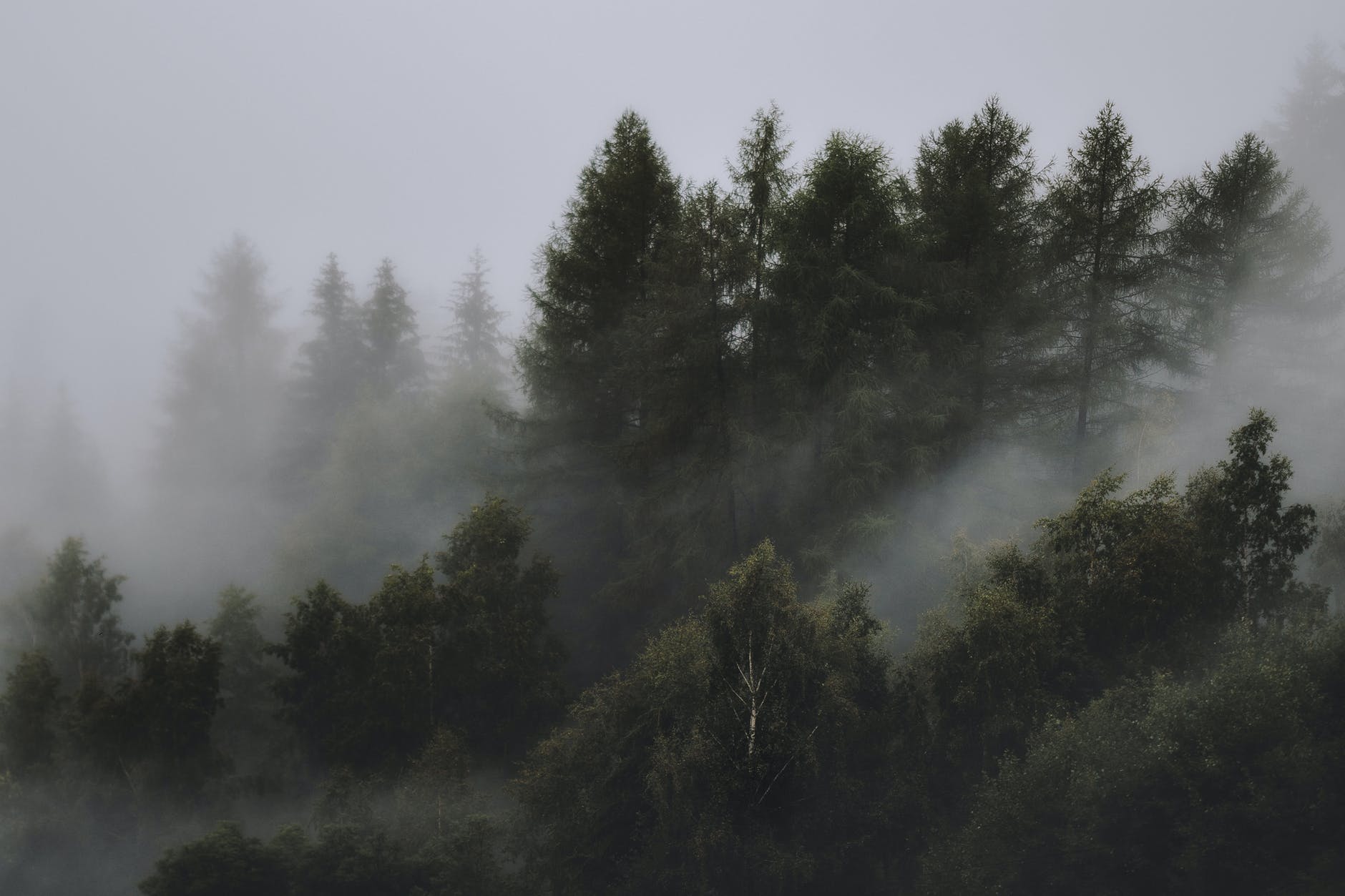 In Act IV, Scene III of Macbeth, Macduff—a nobleman and rival of Macbeth’s—is told his wife and children have been murdered. He’s nearly speechless from shock, until his friend Malcolm goads him into language. “Give sorrow words,” Malcolm urges, “the grief that does not speak / wispers the o’er-fraught heart, and bids it break.”

At first, Macduff struggles with the facts and how to articulate them. He seems confused, disordered. All his children? And his wife too? Now Malcolm prompts Macduff into action: “Let’s make us med’cines of our great revenge, / To cure this deadly grief.” But Macduff is still stumbling over the essential details. “All my pretty ones? Did you say all? — O Hell-kite! — All? What, all my pretty chickens, and their dam, / At one fell swoop?” he asks again. Malcolm responds, “Dispute it like a man,” to which Macduff answers, “I shall do so, / But I must also feel it as a man.”

It’s striking to consider that in a play famous for its relentless violence, a male character is willing to pause for feeling in an effort to both acknowledge his own grief, and to teach the younger man an important lesson about grief, namely that it isn’t “unmanly” to mourn, that isn’t “weak” to feel. It is, in fact, quite the opposite. Of course, the challenge Shakespeare offers to convention is predicated on a gendered attitude toward grief, namely that mourning is passive women’s work, while action belongs to men. But, Shakespeare tells us, this is a false dichotomy. In what might be considered a “radical” view of mourning for seventeenth-century English society, Shakespeare tells us that mourning is difficult work meant for everyone, and that grief’s articulation is only a part of the process; to feel is another, and feeling doesn’t begin and end with one person, but radiates outward, is associative and communal.

Poet Victoria Chang uses Malcolm’s admonishment to Macduff to “give sorrow words” as an epigraph for her latest book of poems Obit, written in response to her mother’s death and her father’s dementia. Obit’s elegies show us how grief radiates from a central loss inwardly toward self-examination, and outwardly toward collective grief. The various losses Chang describes are not hierarchical but radical, meaning they eschew easy connections and challenge paradigmatic notions of “form,” “reason,” and “memory,” for example, in order to communicate feeling. What Obit describes, then, is a struggle between words and feelings, a kind of fluid, ongoing negotiation. Feeling can be inchoate and mysterious, difficult to formalize and delineate, but we try to shape it, to give it contours, because, though the language we use can be woefully inadequate, abstract, no longer viable, it may be necessary.

In fact, many of Chang’s “obits” mark the “death” of various abstractions. In the context of physical death and illness, even language “dies,” in the sense that ordinary words are no longer adequate. In her obit for “Language,” Chang describes a group photo with her dying mother:

. . . Someone said,
Take a few. Someone said, Say
cheese. Someone said, Thank you.
Language fails us. In the way that
breaking an arm means an arm’s bone
can break but the arm itself can’t break
off unless sawed or cut. My mother
couldn’t speak but her eyes were the
only ones that were wide open.

The innocuous, ubiquitous phrases “Take a few” and “Say cheese” are set against the visceral image of a broken arm—a physical reality we attempt to describe in language. Now Chang interrogates that language in order to achieve greater precision: “an arm’s bone / can break but the arm itself can’t break / off unless sawed or cut.” It’s the physical realities of feeling that speak more precisely; illness has made speech impossible for her mother, but her body is speaking (“her eyes were the / only ones that were wide open”).

For Chang, death isn’t a clean break, but a series of fractures and each fracture has its consequences, not only for the dying but for the living too. In her first obit to “Ambition,” Chang writes:

Now, they put a bracelet around my
father’s ankle. The alarm rings when
he gets too close to the door. His
ambitious nature makes him walk to the
door a lot. When the alarm rings, he
gets distressed . . .

Chang is describing her father’s dementia as a struggle between his illness (who he is now) and his “ambition” (who he was then), and ends the poem with a kind of parabolic metaphor that reads like the punchline to some cosmic joke:

At the zoo, a great bald eagle sits in a
small cage because of a missing wing.
Its remaining wing is grief. Above
the eagle, a bird flying is the eagle’s
memory, and its prey, the future.

It was once a great hunter, but now the eagle can only watch as its prey—memory—soars above its cage. Is the flying bird the eagle’s memory and its future? Are both its memory and its future also its prey? Or is the future—I mean the abstraction itself—the eagle’s prey? Grief renders the relationships between these ideas and images difficult to parse, as, for Chang, parsing her father’s motivations becomes difficult in the context of his illness. Is ambition part of his “nature”? Is his body driven by feeling or an idea of the self that’s no longer viable?

Selfhood bows and cracks under the weight of grief, and the future (idealized, sought-after, looked-forward-to) is rendered cruel by it. In her obit for the “Future,” Chang describes the future as a “pioneering figure in the past” and “president of the present,” relentless and unjust. In other words, it “is not / interested in the spine but what it / holds up.” Chang tells us, “[t]he future can be thrown away by the / privileged. But sometimes she just / suddenly dies.” The “future,” as a concept, inadequately accounts for social class and other hierarchical structures. The “privileged” can “throw away” the “future” and not suffer the same sorts of consequences others do. For some, illness and death suddenly and irrevocably upend financial security and upward mobility—future-tense markers of a “successful” “future.” Chang writes, “grief is really about future / absence. The way the future closes / its offices when a mother dies. What’s / left: a hole in the ground the size of / violence.” In other words, Chang tells us, death and grief have penetrating, long-lasting reverberations that affect not only individuals but whole communities, not only in the present, but in the future and the past as well. In “Memory,” Chang writes, “My memory / of my mother’s death can’t be / a memory but is an imagination, each / time the wind blows, leaves unfurl a / little differently.” Grief shapes our understanding of the past and reconfigures it. “To / acknowledge death is to acknowledge / that we must take another shape,” she writes.

We are reshaped not only in death but in life too, sometimes in harmless, innocuous ways—and sometimes violently. In “The Priest,” Chang describes the sort of soft conversion some are pressured into at the end of life, an act Chang equates with pressure her mother felt to assimilate into American culture:

She said the priest was weird, would look
at her in a creepy way. As if he knew
she was not a believer but a refugee.
When she arrived in this country, they
painted over her skin. Her fungal toes
only looked like roots.

Chang questions the priest’s motivations here; in his desire to “save” her mother, he is, in fact, “limiting” her—an idea she equates with her mother’s bonsai trees: “snipping gently, adjusting tiny / sprinklers, beckoning the, with her breath,” though the trees “barely responded.” Chang herself—as an American and as the daughter of an immigrant, as someone who is both caregiver and in need of care—is too complicated, too immense, too bifurcated to be reshaped into someone else’s conception of what is “good,” what is worth “saving”: “I [have] too many / selves for God to save. None of my / selves know how to say sorry. None of / my selves knew each other.” Chang’s selves, in other words, diverge and radiate beyond the priest’s capacity to cultivate them.

If, as Renaissance scholar Elise Ryan Lonich argues, “radical” is “related to a root system, a base, something fundamental that has far-reaching consequences,” then “grieving…could be the root of far-reaching social and structural change.” It’s fitting, then, that Chang should, in her obit to “America,” end with a tree: “The / dead are an image of wind,” she says, “And when / they comb their hair, our trees rustle.” An “image of wind,” she argues, is impossible, but every day wind shakes the leaves of our trees, and we feel it there.