Home
»
Series
»
The Readers: Christian Lorentzen and the Nature of Hipness 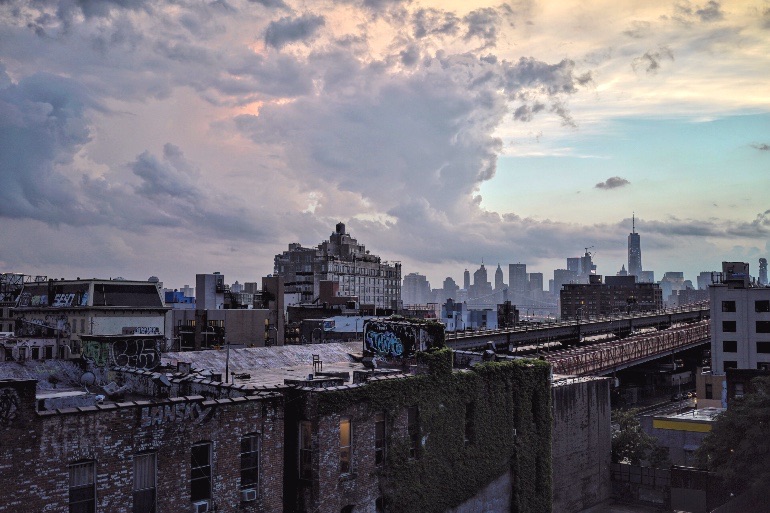 Literary critic for New York magazine and film critic for the New Republic, Christian Lorentzen became slightly infamous back in May 2007 for a piece published in Time Out New York called “Why the hipster must die,” a presumably tongue-in-cheek satire with enough specificity to make the reader question how tongue-in-cheek it really was. It tackled a problem du jour in 2007, namely the pursuit of defining ‘hipsterdom’ in a New York context, neck-deep in the exhausting Bush years and right on the brink of the global economic recession: in summary, hipsterdom was a practice that “under the guise of irony […] fetishizes the authentic and regurgitates it with a winking inauthenticity.” Authenticity bought and sold.

That was ten years ago—Lorentzen has both taken back and clarified the gist of the piece—but the specter of it, of the concerns it intimates, are still present in his work as a critic. How do we authentically engage with the world? How do I coexist with people that are forever trying to traffic in their own interestingness, and am I one of them? These questions always resonate, even if their articulation is sometimes obscured. And while hipness and ‘hipster-ness’ may not necessarily be the same thing, Lorentzen’s body of work has followed everything hip in the literary world (and perhaps the world at large) with an anthropologist’s eye to ritual and an economist’s knowledge of market-driven systems. What is popular and hipsterish are not really inseparable anymore, as our popular culture is largely one of unabashed hipsterdom, and Lorentzen is a keen observer of the prevailing cultural headwinds in our collective imagination. (Among other things, he also has given one of the best descriptions of Millennials I’ve ever read, calling us “bogeychildren of alarmist trend pieces and the catchall hand-wringing of an aging commentariat.”)

Take, for instance, Lorentzen’s recent review of Jennifer Egan’s new novel Manhattan Beach. While any other review might be preoccupied with the extra-literary factors that accompany the publication of a Pulitzer Prize winner’s new novel, Lorentzen moves in the opposite direction, honing in on Manhattan Beach with razor-sharp close readings: he writes, “Note how a simple procedure is ginned up with a ‘thrill’ and a ‘shock’ and a few similes notable only for their banality […] Egan is constantly trying to write her way out of the tediousness of her subject matter, whether through heightened language or by lathering on the melodrama.” Whether or not you agree with the sentiment, it’s thrilling to read criticism that literally criticizes. Lorentzen’s position within the literary world—white, middle-aged, male—might understandably put some young readers off, but I find his wit (occasionally lacerating) to be sort of refreshing. He provides hot takes that don’t really read like polemics, which seems to be getting increasingly rare amongst the “commentariat.”

For my purposes here, I won’t discuss Lorentzen’s writing on politics or cinema at-length, but highly recommend his 2016 presidential campaign writing for the London Review of Books, if only to revel in Lorentzen ripping apart Paul Ryan and then-candidate Donald Trump. They remind me of something that, with a zippier, more clickbaitish title, might show up on my social media newsfeed, shared by a politically-aware friend with time to spare, someone that would probably fall under the umbrella of hipsterdom. In a 2013 piece on Alice Munro, also for the London Review of Books, he argues that the famous Canadian short story writer is overrated, surmising that Munro’s appeal can be explained by “a widespread yearning for […] a time of more innocence and more shame—a yearning to be repressed.” These are provocative statements, and Lorentzen seems fully aware of his role as provocateur; yet, he veers dangerously close to the snark he once decried, or seemingly decried. At the risk of Carrie Bradshawing myself into reproach, I wonder: when it comes to writing about popular books and widely-acclaimed authors, in giving voice to your own opinion however unpopular, must we necessarily contradict ourselves in order to shake up expectations? Taste is so often a matter of assumed consensus, and Lorentzen is at his best when he is complicating expectations of the New York literati (to which he is, from an outsider’s perspective, inextricably linked).

Hipsterdom, a term that so haunted Christian Lorentzen’s early critical work, seems to be ultimately an old phantom—a creature that is both real and not-real, something our imaginations create to make sense of a door closing unexpectedly or a champagne flute shattering on the floor. To me, at least, the hipster is a scapegoat for a lot of modern anxieties about wealth, political principle (or lack thereof), and cultural access. It seems like a safe way for us reckon with the fact that we have not yet found a good way to financially incentivize deep reflection or sustained interiority—whatever those things might mean to you. If the market rewards a collage-identity, a self made real by a combination of well-intentioned brands and supposedly positive economic behaviors, of course there’s a pandemic of superficiality: we don’t know what it means to be real without products. Maybe this is part and parcel with being young, if not being a little annoying in one’s young-ness.

And all of these things are true, as well, of America’s literary culture, even if we wish otherwise. Even if it hurts.