Home
»
Series
»
The Readers: David Orr and Careers of Loneliness 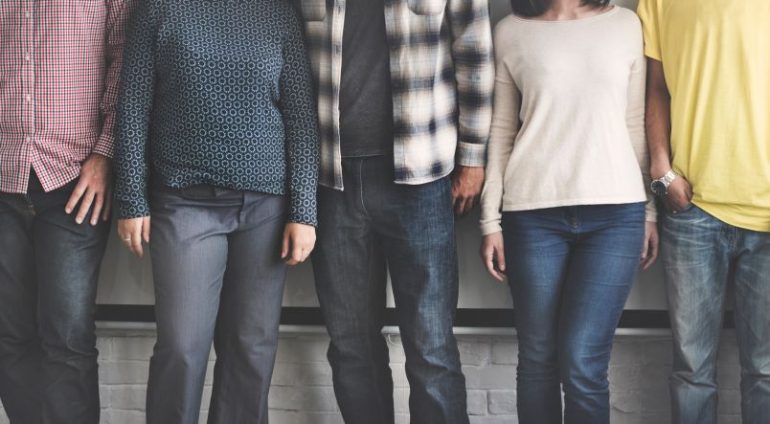 I stumbled upon David Orr’s work through his piece “Why Is a Poet’s First Collection So Important?” published in the New York Times at the beginning of February. The Facebook preview of the piece featured pictures of poets Donika Kelly and Max Ritvo below that earnest headline, and it interested me. It interested me such that I half-wondered if it was an advertisement, as so often advertisements are deployed these days with scary specificity—a slick addition to your scrolling based on data that has been culled from your online activity. This advertising is less person-specific and more type-specific, curated for a certain kind of young literary thing, wishing to read and be read.

A poetry critic and poet himself, David Orr’s work often explores a gray area of literary professionalism and process. A columnist for the New York Times Book Review, Orr’s work has also appeared in the Paris Review, Poetry, and VQR. As the title of his first book Beautiful & Pointless: A Guide to Modern Poetry (2012) suggests, Orr shows himself to be a reader interested in cutting through noise, particularly with the realities of writing and publishing in a popular culture where print poetry has been mostly Scarlet Letter-ed with an “E” for “Esoterica.” An interest doesn’t necessarily translate into accomplishment, but the humor and pointed un-stuffy-ness of Orr’s writing—a balance that might be more easily struck at the college seminar table than the pages of a newspaper—make it feel nonetheless like a promising bridge from one public to another, from literary insiders to social outsiders, from a reluctant bystander to a career poet.

In his piece on Kelly and Ritvo, for instance, Orr explains the traditional routes of launching a career in poetry and the difficulty of getting that first book published. He speaks, in other words, to the mysteries that regularly confound the young literary thing; “‘Career’ is a fraught word,” Orr writes, “where literature is concerned.” There is the expectation that an artist develops some body of work, that they cultivate what we call a “career,” but “we don’t like to think of writers advancing within their occupation the way most people do—filling out forms, interviewing, politicking, buffing a resume and so forth.” The mystique of the literary debut, and its implications, have been mulled over extensively, but Orr’s mix of empathy and professorial snark—“[we] prefer artistic careers to seem more like the blossoming of a chestnut tree than the expansion of a LinkedIn profile”—felt particularly resonant in a time with specific techno-social anxieties, an era in which we can draw ourselves closer and closer to our own literary idols and celebrities, whatever that term means to you, through Instagram and Twitter. We expect so much from other people, even when we say otherwise.

Orr’s body of critical work, particularly in The Road Not Taken: Finding America in the Poem Everyone Loves and Almost Everyone Gets Wrong (2016), is consistently interested in tackling these funny, familiar, and sometimes irksome reputations that develop around ideas, poets, individual poems, etc. Like Ben Lerner in A Hatred of Poetry (2016), Orr wants to understand how poets sometimes unknowingly perpetuate the pretense of moral or intellectual significance, that creature which some see in the poetry section of a bookstore and some do not. Unlike Lerner, however, Orr is more overt in his optimism, offering a reading which concedes how a really popular poem “is like being the most widely requested salad at a steak house,” but also one that seems keen on understanding how uselessness is key to poetry’s very radical staying power.

This work begs the question: why does poetry need to be described or made plain? There are so many other books that have tried, and a misreading of Frost doesn’t seem so terrible. Besides, is poetry a problem to be solved? Why can’t its complexity be appreciated without simplification? These are difficult questions, and Orr is sympathetic to the concerns; the fact remains, however, that there are so many practical aspects to being a writer that often go undiscussed. A misreading can derail a career. The problems that poets confront daily, questions of usefulness and relevance and how you’ll pay rent, are rarely in the rearview mirror. Being a poet is necessarily experienced often in solitude, but it is made lonelier when the culture is outright attacking poetry’s existence, as the Trump administration does when it proposes the defunding of the National Endowment for the Arts.

In this way, I read Orr’s work not as a compromise of intellectual complexity, but rather as a balm to the extreme loneliness that threatens to consume any artist. As he writes in his latest book, You, Too, Could Write a Poem (2017), “the critic is the only artist who depends entirely upon an another art form, which means that part of his job to determine the nature of that relationship.” Literary criticism is fundamentally a method of defining the relationship between a cultural producer and consumer. As Orr is willing to examine his relationship with the material he reads, with the ways we consume art and create something new of it, so can the citizen of a culture examine his relationship with the material they do not.

If a country is a poem, Americans must decide what kind of relationship we share with its frustrating vision. The reader must realize how much of them is that communal text, so often mis-remembered and weaponized as a blunt instrument. If we don’t, I wonder how much we risk: how we both ensure the end of the page, and how we make concrete a loneliness that need not exist.