Home
»
Series
»
The Readers: Gabrielle Bellot and Writing Beyond the Binary 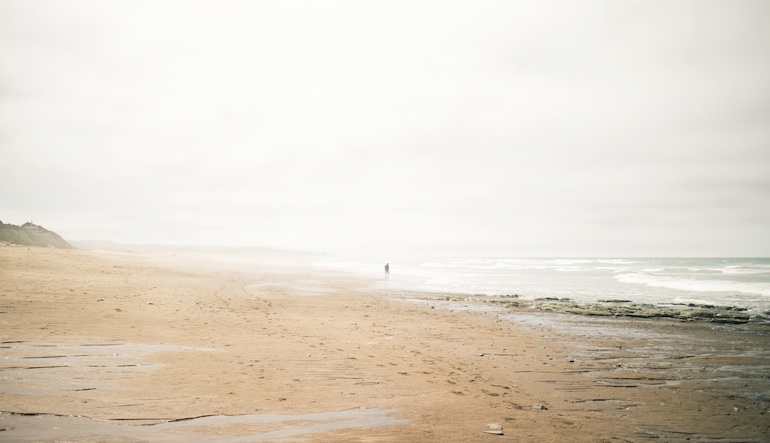 We ask a lot of our literary critics. We ask them to negotiate the regular flood of new titles, to read deeply and widely, and to select certain works or writers to explore further. We ask them to write about these topics empathetically but not without teeth, not without honoring their own tastes and expectations. Then, most cruelly, we ask them to sit with the tensions between that art and lived experience, to reconcile their own subjectivity with the objectivity that a nuanced consideration requires—and that’s all before the fingers meet the keyboard.

But maybe that way of thinking is already a misstep. Positioning objectivity and subjectivity in a binary makes sense, but autobiography and positionality have always been silent players in the practice of criticism—everyone lives in the gray, even if they think otherwise. Objectivity has always been privileged over subjectivity, because objectivity appeals to the democratic impulse for wide understanding, for mass communication. It operates on the assumption that there is a larger, universal truth that, once revealed, is real and incontrovertible. It implies we can finally share something uncomplicated.

So, maybe we need a better definition of objectivity now, one that not only permits a critic’s own identity, that presents it in a disclaimer, but actively needs it.

Caribbean literary critic Gabrielle Bellot’s writing strikes me as particularly useful in that project. A staff writer for Lit Hub, Bellot’s writing has appeared or is forthcoming in The New York Times, The Atlantic, Guernica, Slate, Tin House, and elsewhere. In her website’s bio, she writes that her work often explores “what it might mean—at least for the day you ask her—to navigate the world as a multiracial transgender woman of colour.” Here and in her critical pieces, she acknowledges her identity and utilizes it: she is aware of her own inclinations, her own context of lived experience, and the power of multiplicity.

What makes Bellot’s writing exciting to me is that she reads her own life with the same intelligence and clarity she brings to reading texts. One of Bellot’s more visible pieces, an essay for The New York Times, uses Marlon James’s A Brief History of Seven Killings to foreground a reading of her own experiences in a Caribbean culture that has been subject to centuries of evangelical Christian influence. This could be a comparative reading, but it actually opens up the reader to the potential for many lived experiences of queerness in the region, not just the ones depicted by James in his novel or her own writing. It challenges any “single story,” to borrow the term used by Chimamanda Ngozi Adichie, that could be taken away from reading either her own piece or the novel.

At Lit Hub, many of her pieces have a light, un-self-conscious way of bringing together different concerns in one lyrical examination, such as in her recent piece “The Best Children’s Books Appeal to All Ages.” The title of the piece is deceptively simple, like many of the best stories written for children, but Bellot weaves in multiple threads, such as the difficulties of early identity-construction and the recent revelation of Elena Ferrante’s civilian name, into an examination of literature for young people. Bellot seems keenly interested in the power of stories, in the way that history is a story so frequently retold that it assumes the impunity of fact, and the way that time’s linearity—in social progress and our individual experiences—is sometimes as constructed as anything else.

One could describe Bellot’s writing as activism, but activism can also be a fraught word when an individual is simply living their truth and writing about it—in an ideal world, living your truth would not be a radical act. In the world we inhabit, however, Bellot’s writing lives at the intersection of literary activism and literary journalism, writing that sets easy binaries on fire. This extends to her sense of self as well, something she discusses in an interview with travel writer Bani Amor:

People often assume that to be anything other than a simple binary or simple label is to therefore be in conflict with who you are. And I do have conflict with things, but I am more than my conflicts, more than a common narrative of internal fights.

Bellot is a trans writer and a Caribbean writer and a writer in geographic exile, identities that can exist both in tension and in harmony with one another, but a person is all of these things all the time—there is only so much we can do to separate the different parts of ourselves. Though a certain identity is always set within a larger body of influences and signifiers and inner reconciliations, this multiplicity doesn’t have to position identities against each other: they can all contribute to a cohesive whole.

In locating selfhood in cultural representation, in the story we tell ourselves about ourselves, Bellot demonstrates how belonging sometimes, most surprisingly, comes from the welcoming otherness of books—those blocks of paper, covered in symbols by people we have never met, that warm in our hands.