Home
»
Reading
»
The Readers: Ismail Muhammad and Encounters with Ghosts 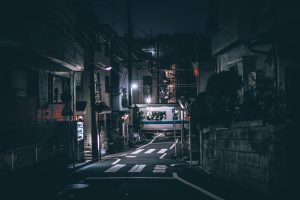 “I entered into the knowledge of my own vulnerability,” critic Ismail Muhammad writes, “via two photographs, images that jostled for the public’s attention in 1955 and still jostle in my mind: an undated photo of Emmett Till as he was in life […] and Jet magazine’s 1955 lynch image of Emmett Till’s mutilated corpse, his radiant face turned into a ruin, a warning, a harbinger.” This juxtaposition opens Muhammad’s piece “On Seeing Blackness,” published in the technology magazine Real Talk, and the space that Muhammad evokes, the place of knowledge he enters into, is clearly both personal and cultural, highly specific yet shared with all inhabitants of black bodies, particularly young black men. The images reach out of the past, like great hands stretching out of the ether. They still shape the conversation about black pain today, and Ismail Muhammad—a staff writer for The Millions, contributing editor at ZZYZYVA, and National Books Critics Circle Emerging Critics Fellow—is a rising voice in that conversation, the collective attempt to understand historical and present trauma in our cultural moment.

Muhammad’s criticism is far-reaching, pulling together literature, politics, and religion in a quest to reckon with the black experience in modern America. “On Seeing Blackness” is part of this work, bringing the likes of Mamie Till, the death of Philando Castile, and Dana Schutz’s 2016 painting Open Casket into a shared space. He takes an expansive view on issues that are painfully oversimplified; he intentionally complicates his own identity.

A native of Los Angeles, Muhammad grew up as a member of the Nation of Islam, the religious and political project which sought, among other things, to change the way black individuals perceived their own selfhood. In an essay for Catapult, Muhammad describes his household as “a point of intersection where myriad cultures converged and cross-pollinated one another.” While the Nation of Islam gave him a language for thinking about race, Muhammad’s early experiences in Los Angeles’s multicultural milieu taught him how “cultural and racial identities are malleable, that they exist on a continuum where cultural elements interpenetrate one another to form an intricate mesh.”

This exploration of hybridity and liminality continues in many of his other pieces, such as in his April review of Durga Chew-Bose’s Too Much and Not the Mood for Slate. Connecting disparate ideas and cultural texts, to Muhammad, takes on a charged valence in Bose’s essays: “This is a form that turns the vulnerability inherent in being a woman of color into strength and constructs connections between things that we rarely think of as connected.” The liminal, the interstitial, bestows agency. And while Muhammad doesn’t say always explicitly say it, he writes in and out of that seeming contradiction often—how a person feels an acute awareness of interconnection when they are constantly cast out because of some perceived otherness.

In his review of Jesmyn Ward’s Sing, Unburied, Sing, Muhammad makes the connection between this othering and casting out clear, describing Ward’s novel as “a parable for understanding the prison as a mechanism of racist control.”  Additionally, Muhammad points out how Ward substitutes a prison for a plantation, like the terrifying Sweet Home in Toni Morrison’s Beloved, as a locus of racial trauma. Ghosts move in and out of Sing, Unburied, Sing, and here I get the sense that the concerns of a novelist and a critic are keenly matched: that it’s impossible to live in the present without living in the past, that sorrows “spring from a common pain we might be able to salve—if not transcend—by telling stories that official histories have long occluded.”