Home
»
Series
»
The Readers: Maureen Corrigan and the Fictions That Endure 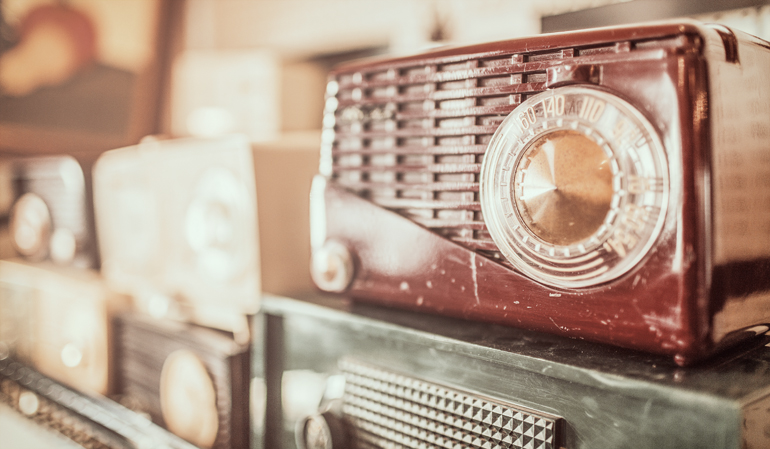 If you listen to NPR, you might vaguely recognize Maureen Corrigan’s voice. Even and deliberate, it always has an elusive quality: Corrigan’s book review segments on Fresh Air, usually ranging from five to eight minutes, are self-contained things, recorded separately from Terry Gross’s interviews, and every word feels carefully chosen. In fact, the segments sometimes ring like curious dispatches from a faraway island of books, where there is time to read everything you’ve been meaning to read but very limited time to talk on the phone with the mainland. And unlike the natural flow of Fresh Air’s author interviews, where there is extended time to get a sense of the author’s personality and the work’s eccentricities, to swish around the drink in your mouth, Corrigan’s reviews feel twice-distilled, shots of whiskey that necessarily privilege satisfying utility over slow, meandering delivery.

Corrigan, who also teaches at Georgetown University, once described her days to the Atlantic as “a great, frenetic version of ‘the reading life.’” “I receive more than one hundred books a week delivered to my house,” she said, “so there are book mailers being dropped off on my porch constantly throughout the day. That little mountain of books waiting outside my door every day is a constant reminder of how much—and how obsessively—I need to read to keep current in the book world.” A review on Fresh Air is a huge boon to a book and its author, delivering their work into cars and offices around the country, and Corrigan’s list reflects this particular prestige: in the past year, she’s reviewed many of literary fiction’s biggest titles like George Saunders’s Lincoln in the Bardo and Jonathan Safran Foer’s Here I Am. The mix of these with other works, however, show that Corrigan is certainly committed to following her own interests, reviewing translated works like Vivek Shanbhag’s novel Ghachar Ghochar or possibly more niche works like last fall’s Pieces of Soap: Essays by Stanley Elkin.

Radio, a spoken medium, feels surprisingly well-suited to discussion of books: like text, audio denies you the visual satisfactions of film but evokes an epistolary quasi-intimacy that sidesteps logic, that feels as though it may have been created exclusively for you. Radio has now largely moved online in podcasts and simultaneous streaming; Maureen Corrigan’s reviews also have a home there as text, but I like that I can stream the audio at any given moment. It’s worth noting that Corrigan is also a celebrated critic of the noir and mystery genres, which I think to be an interesting complement to the very noir—and, dare I say it, nostalgic—qualities of radio. This critical background seems suited nicely to the romantic hold of radio I described above, perhaps made romantic only by the fact of its aging purchase on popular culture.

Corrigan has two published books, a memoir about her life in literature and a book of criticism called So We Read On: How The Great Gatsby Came to Be and Why It Endures. Such a critical project makes me feel a little uneasy, given that The Great Gatsby is a novel by a white man ostensibly about rich or rich-adjacent white people and is a fixture of high school curricula across the country. I’ve read it, and you probably have too. The novel seems easier to teach than some other Great American Novels (a term that is lacking even on a good day), and it certainly dangles an easy moral in front of the reader’s eye, subtly promoting something of an ascetic life in the fields over one characterized by champagne-fueled debauchery. In Corrigan’s hands, though, the slim novel has a new and compelling valence: “We readers come to understand that, in Fitzgerald’s view, longing is our national inheritance as Americans—at least it is for those few Americans who, like Gatsby, are brave enough or rash enough to claim it.” It’s a novel that unites noir and bildungsroman, a symbolic investigation into the myth of American self-actualization.

I recommend So We Read On, especially for Corrigan’s funny, sensible criticism of the ways The Great Gatsby has taken on such large cultural import outside out of the literary world. Corrigan’s writing made me realize how the novel holds so much nuanced ambivalence about race and class and geography than it’s normally given credit for, which is doubly tragic when you think about all the teenagers who are instructed to read it and decipher its significance: we give our young people a novel that problematizes wealth, albeit with some glorification on the way, but we don’t really have a system of values in this country (or any country, maybe) that supports people who want to effectively opt-out of the capitalistic enterprise. And I think Corrigan is right to point us back to the novel, showing us how it wants everything both ways, to sip drinks in the well-heeled crowd and to linger on the edge of the party, forever suspicious of glamor. It shows students how deep these contradictions run in America’s blood.

Like Gatsby or any other novel we return to again and again, radio’s true romance lies in the familiar way it delivers the unfamiliar into our days. It makes the rise of the podcast as a form of storytelling and unit of reportage all the more compelling, if not weirdly unsurprising: we yearn for both distance and closeness, for a voice to come out of thin air and change us, unsettle us, make us see things differently. Corrigan’s work, both on the air and off, is just one example of this small, everyday magic—messages seemingly written in the oxygen—but its consistent quality and clear-eyed approach will always make her voice stand alone.

Tags:Maureen Corrigan, NPR, So We Read On, The Great Gatsby, The Readers