Home
»
Series
»
The Readers: Scott Esposito and the Redemptive Powers of Translation 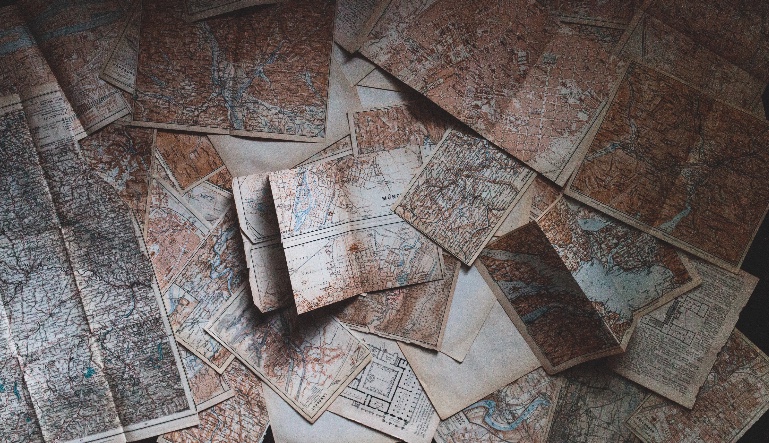 Before I graduated from my fancy-pants liberal arts college and lost most of my facility with the language, I could read longer works in French. Not quickly or with much comprehension, I guess; I probably misunderstood much and missed even more. It seems like something out of someone else’s life, being able to open a little paperback of a Jean Anouilh play and keep up. I forgot a lot of that language after graduating, and the words now live beneath the English ones I sling with ease—a novelty from an education I have complicated feelings about.

Before I read anything in a different language, I assumed that translation operated like code: there was a larger system of ideas that all languages descended from, and the act of translating was merely finding the chosen idea in another word-container. The symbols changed, but the meanings didn’t. It was only after encountering the immersive, intimidating system of another language that I realized, unless I committed myself entirely to the pursuit, there were going to be ideas and ways of seeing the world that eluded me. There were things I didn’t know, things I probably would never know, and I had to accept that.

Issues of translation, or the flux that results from two entities existing independently in a shared space, seem particularly prevalent in our culture today, particularly in our daily geopolitical dramas (mostly because of a wall that refuses to die). These elements were always in the air, and maybe they always will be, in some fashion. Immigrants are under attack, their languages belittled. We misunderstand each other and we pull away. Even within one language like English, words mean different things to different people, and we gravitate towards those who use this meaning-making technology as we do. Some people struggle to differentiate between systemic issues and issues of personality. The quest for a purer communication continues.

One writer I have turned to, given the polarized nature of our social and cultural discourse, is translator and critic Scott Esposito. Like so many unsung advocates of literature, Esposito seems to juggle a number of roles: blogger, editor, publicist, critic, etc. When he’s not writing his own pieces, he works as the senior editor at Two Lines Press, a publisher of literature in translation that has brought the work of Elvira Navarro, João Gilberto Noll, and Marie NDiaye to the shelves of American bookstores. Esposito’s most recent book, The Doubles, is described on the jacket copy as “part memoir-through-film, part inquiry into the effect art has on our lives.” His work moves between genres and mediums with an appealing mix of intellectual rigor and plainspoken soulfulness. It’s only in the past year that I have found myself gravitating towards the literature in translation, and Esposito’s essays are doubly helpful: in his essays for LitHub, at least, he usually includes a small list of recommendations at the foot of the piece, a little syllabus of both English originals and translated works. It feels like a more natural way of learning, this self-directed course, going from Esposito’s writing to his reading. Call-and-response, light contributing to light. A lodestar.

Esposito’s work also drew my interest when he began, much like poet Steph Burk, to write about his gender dysphoria. “For my whole life I had been experiencing doubts at to my presumed male gender,” Esposito writes in his piece “The Secret E-Book That Changed My Life,” “and I felt an intense desire to experience life as a woman. But I had never, ever been able to do anything about it. For about 20 years I had lived with this quandary, always profoundly ashamed of these desires, yet also deeply yearning to explore them. For those two decades I had gotten more or less nowhere.” And here, in navigating the fraught binary of gender, maybe Esposito is doing his greatest work of translation, dwelling in the hinterland between things—genders, performances of identity, and self-talk. This hinterland is where both reader and writer go, too, in the mutual acts of creation and consumption that defines a literary existence. While a book may feel impotent when it comes to the task of bringing down a wall or elevating all civic dialogue, Esposito asserts that walking into the unknown is still a fruitful, meaningful act:

After years and years of searching and struggling through my questions about gender, in 2014 I published an essay that revealed some of this personal history—it was the first time I had ever publicly talked about gender and revealed who I was, and the essay was a huge success. Two years later I published a short book that included this essay in the wider story of my life as a genderfluid person.

Many people who have been touched by these works and have gleaned some bit of courage or self-understanding from them have contacted me in one way or another to share how it has affected them, so I know for a fact that when you put good things into the world, it helps other people.

Translation, as an act of resistance, is an insistence that concrete words and visions matter. But, as Esposito suggests, it is also a highly redemptive art, an engagement with what we know and don’t know. It can be a means of complicating ourselves, our ideas, when the world is pressing us toward a quick and simple reaping.