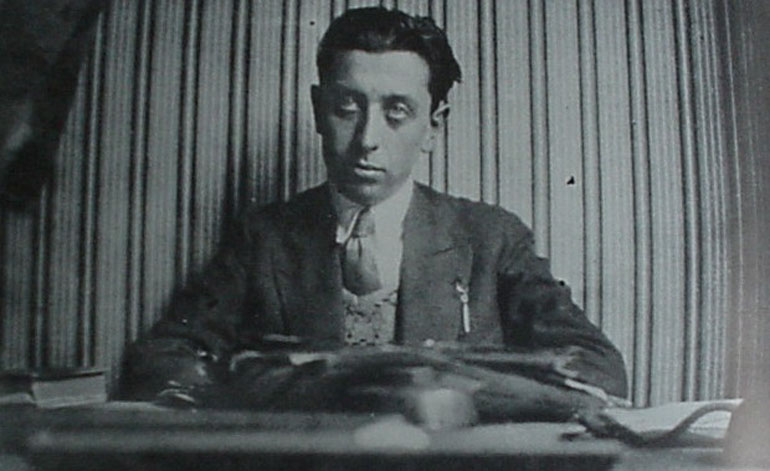 Quick: name the dominant figures of surrealism. If you’re thinking of visual arts: Magritte. Leonora Carrington. Dali. If you’re a writer, you might imagine Lorca or Apollinaire. You might picture Andre Breton, the colossus and self-styled leader of the movement. It’s from Breton that we get surrealism’s interest in dreams and automatic writing, and its valuing of outsider art, with its privileging of creativity that comes from outside of mainstream culture. Breton also pushed the notion that surrealism should be practicable by any man or woman—though the artistic end products of most surrealist artists proved to be as difficult and obscure as most other texts coming out of modernist literature.

One name you might not know: Robert Desnos. Excommunicated from the movement by Breton, Desnos is at once an artist who troubles the traditional narrative of surrealism and who embodies most wholly some of its most important tenets. Despite Breton’s on-paper embrace of anti-elitism in art, it annoyed him that Desnos came from a working class background and—even more—that Desnos held down a day job as a journalist. More importantly, though, the work itself strays from surrealism’s irrationality, obscurity, and inaccessibility through Desnos’s use of concrete images, plain diction, and traditional structures and patterns.

Desnos’s poem “I Have Dreamed of You So Much” is a particularly masterful example. The title contains an address—an immediate gesture toward inclusion of the reader, rather than alienation. From the first line, the speaker admits the difficulty of balancing the dream and the reality of the “you”: “I have dreamed of you so much that you lose your reality.” This line is traditionally surrealist and typically Desnos; in an introduction to one of his volumes, Desnos wrote that the desire was in “placing dream and reality on the same level without caring whether it is all false or all true.” However, the possible loss of the “you” to unreality is a source of anxiety; in the next lines the speaker frets, “Is there still time to reach that living body and kiss / onto that mouth the birth of the voice so dear to me?” It’s also worth noting Desnos’s use of “that” in these lines. This technique—known as deixis—gestures outward, as does the use of the “you.” They mark specific space and time, which is especially interesting in a poem that appears, at least initially, to struggle with a binary between real and unreal. They point readers early on to the permeable boundaries between the two. And the fact that they point readers at all is also remarkable.

Another way that Desnos differs from many other giants of surrealism (especially Breton) is in his sense of uncertainty, of self-criticism. The speaker is uncertain about the possibility of both he and his beloved being together in the same reality: he fears that his arms “accustomed to . . . hugging your shadow, / would perhaps not bend to the shape of your body.” This “perhaps” is repeated twice in the poem, as well as the (slightly) more certain “probably.” He worries that he himself “would probably / become a shadow.” The line break painfully suspends this moment of uncertainty, stretching out the instant to contain an eternity. This duality of real and not real is mirrored by the line in the exact center of the poem: “O sentimental balances.”

In the poem’s second half, those balances tip. The speaker moves from a probable future as a shadow to the conclusion that “I have dreamed of you so much it is no longer right / for me to awaken.” In the poem’s climax, the speaker sacrifices himself to the unreal world:

I have dreamed of you so much, walked so much, spoken

Than the shadow which walks and will joyfully walk

On the sundial of your life.

Though the speaker has surrendered to the dream world, he is able to reclaim some dignity—and some joy—by being not just an ordinary shadow, but “a hundred times more shadow” than others. It’s inside of the dream that the speaker can be assured of unity. And not just the lovers are united; so, too, are shadow and sun, life and death. Desnos, as he indicated in the introduction when he spoke of placing reality and dream on the same level, refuses to separate. It’s this quality, along with its lucidity, self-interrogation, intimacy, duality, immediacy, and openness, that makes it truly emblematic of the spirit of surrealism.

Tags:I Have Dreamed of You So Much, Robert Desnos