Home
»
Critical Essays
»
The Resurgence of the Witch’s Tale 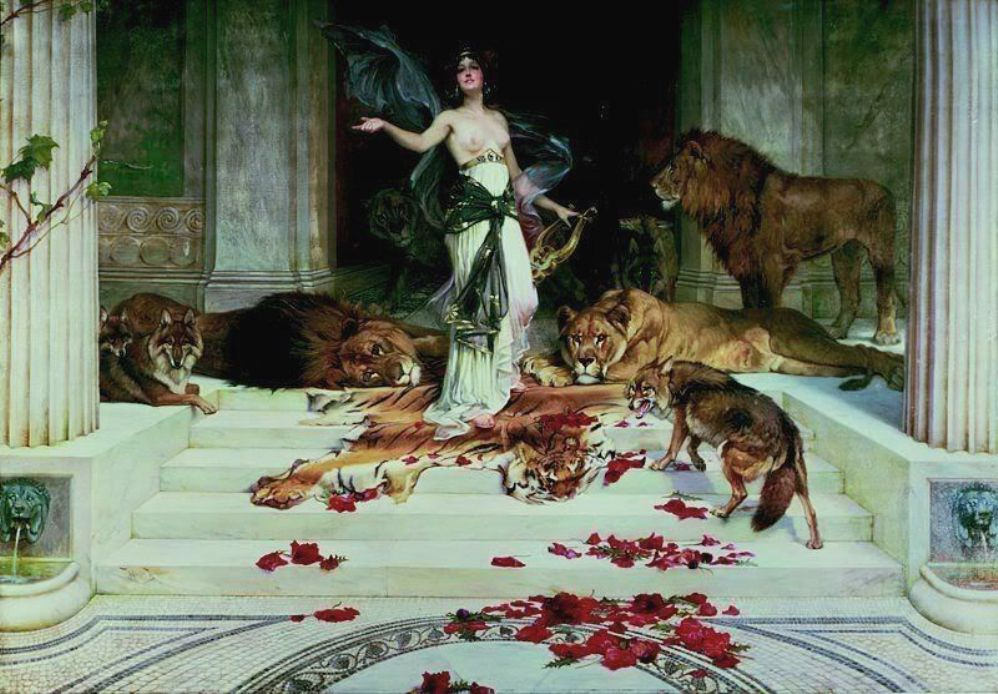 The figure of the witch is everywhere these days, showing up as the materialization of a feminist fantasy where women are able to reclaim and wield power over their own bodies. This resurgence of the witch’s tale feels inevitable given its history: Silvia Federici, both in her groundbreaking Caliban and the Witch and in her more recent books, has written at length about how witch-hunting developed in a world where communal relations were crumbling under the emergence of capitalism. From that moment on, the witch was the woman who escaped and defied patriarchal authority—and for this, she has always had to be punished.

The witch of the Western world is the origin for many of the witches we find in prominent literature: the crooked nose, the wart and the cauldron, the spells. From the White Witch in C.S. Lewis’s Narnia chronicles to Roald Dahl’s many witches, women wielding magic are usually not represented as benevolent forces—they feed off human lives (especially children’s) and cause chaos. Good witches, like Glinda in the land of Oz, are more scarce, tending to appear most frequently in genre literature (think Terry Pratchett’s Discworld and Good Omens universes).

Recent stories, however, have more often embraced this positive, or at least complicated, depiction of the witch. J.K. Rowling’s Harry Potter series, for example, has contributed to a major shift in the popular perception of witchcraft—particularly with regards to Hermione Granger, a prominent example of the smart, compassionate witch who puts her abilities at the service of justice. In 2013, The Guardian noticed that the era of vampires and werewolves and brooding male anti-heroes on the screen and on the page seemed to be over, with female-centric stories of witchcraft emerging as a powerful symbol of the reclamation of power.

Take new interpretations of the Greek myths of Circe and Medea, who, while not often considered witches in the contemporary understanding of the term (which is overwhelmingly Western/Northern European), are still recognized and represented as powerful sorceresses whose actions directly threaten men—and thus must result in their condemnation. The 2017 translation of The Odyssey by Emily Wilson (the first woman to translate the poem), for example, pays great attention to how the poem “traces deep male fears about female power, and it shows the terrible damage done to women, and perhaps also to men, by the androcentric social structures that keep us silent and constrained.” Madeline Miller’s Circe also seeks to recast Circe as a hero in her own right, untangling her from the complex web of male power dynamics.

Maryse Condé, a French Guadeloupean writer, has done something similar in her book I, Tituba, Black Witch of Salem, a novelized biography of Tituba, the first woman to be accused of witchcraft in the Salem witch trials. Tituba is an important character in Arthur Miller’s The Crucible, but the focus in the play remains on the white witches. In Condé’s work, the web of racial and gendered issues that have informed the conversation about witchcraft in the Americas since the 17th century are crystallized via Tituba. Witchcraft isn’t just about gender: the commodification and control of women’s bodies plays out differently depending on racial criteria, and witchcraft, with its connection to a pre-capitalistic, “natural” world, becomes yet another way to think through the Man/Nature divide that Enlightenment solidified into ideology.

Sarah Bruton, in her 2006 dissertation, Bedlam and Broomsticks: Representation of the Witch in Nineteenth- and Twentieth-Century Women’s Writing, says how witches have throughout history been defined in the mainstream by male writers, despite being written about most frequently by women. The figure of the witch, then, is potent in its signification of the erasure and repression of women’s history—as is clear from Wilson and Miller and Condé’s works.

What’s possibly more important, as is clear from Bruton’s dissertation, is that, as women write the witch, they often identify with her—and, by extension, with the female monster. This self-identification, integration, acknowledgment, and weaponization of the monstrous has paved the way for feminist intervention and ultimately emancipation.

Sylvia Plath’s poem “Witch Burning” and Anne Sexton’s repurposing of fairy tales like Rapunzel illustrate this phenomenon. The binary, in Plath and Sexton’s works, between good and bad witches is dismissed to make way for more complex reflections on the ethics of female liberation and feminist re-imagination in a patriarchal world.

In Virginia Woolf’s classic text A Room of One’s Own, too, we see this play out: when “one reads of a witch being ducked, of a woman possessed by devils, of a wise woman selling herbs,” she says, “I think we are on the track of a lost novelist, a suppressed poet.”