Home
»
Critical Essays
»
The Risk and Reward of “We” in Poetry 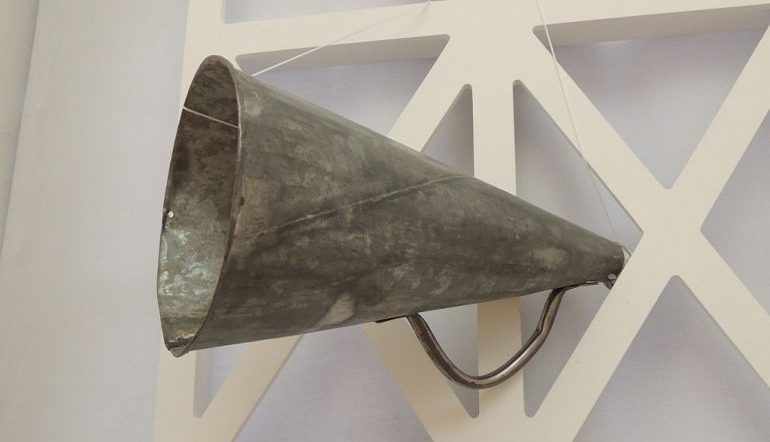 In 2003, I heard Eleanor Wilner give a lecture about poems that dare to speak from a “we” perspective. She acknowledged that while the “we” point of view could be abused, resulting in oversimplification and possibly preventing the scrutiny of reality (how prescient this turned out to be!), the real danger is actually in avoiding the “we.” Poems, she said, are thought of as vehicles meant to circumscribe the boundaries of the self, but our individual imaginations are situated within politics and history. Use of the first-person plural, then, can open up the poem’s historical vision.

The most obvious example of the “we” in poetry is probably Gwendolyn Brooks’s “We Real Cool.” On the surface, Brooks uses the first-person plural the way a fiction writer would: to create a scene from the perspective of a group of characters. This is indicated explicitly here by a line that functions as a sort of subtitle: “Seven at the Golden Shovel.” (Brooks explains in a famous audio recording that the setting is a “pool hall in [her] community.”) The seven young men are playing pool during school hours; bell hooks’s text, which borrows the poem’s title for its own, explains the poem as being about a crisis of black masculinity.

What makes the poem’s “we” go beyond what, say, a short story writer would use it for is lineation and rhythm. Each line is broken at the word “we”; to hear Brooks read the poem is spine-tingling, her voice twanging with each “we,” the word sung in a fast, breathless note. It is impossible, when hearing the poem read aloud, to be left with any interpretation other than that it explores what it means to be a collective—stepping to the side, willfully or otherwise, of mainstream society. That other touchstone poems by black poets also speak in this “we” voice—think of Paul Laurence Dunbar’s “We Wear the Mask,” for example—is a clear manifestation of Wilner’s ideas: these poems emphasize the larger political context without sacrificing any of the particulars that make a poem itself.

One recent example of the first-person plural in poetry comes from the opening poem of Icelandic poet Kristín Svava Tómasdóttir’s book Stormwarning, translated by K. B. Thors. The poem is called “Bubbly in the Vulva,” and begins with a mansplain-y epigraph by an Icelandic politician and grammar blogger in which he complains about the misuse of the word “bubbly” to mean champagne or sparkling wine. The opening stanza is a giddy middle finger, insisting on using the term “bubbly,” and speaks in the voice of a collective:

We drink bubbly in the Vulva
and put it on the business account
we let loose!
we order dominos

Though the poem doesn’t spell this out, the Vulva is an office space in Reykjavik exclusive to people who identify as women; we get a hint of this with the reference to the business account, but otherwise the first line is deliberately disorienting, with its sly connotation of oral sex and its celebratory air. But the “we” of the poem is in the know: the outsiders who don’t remain on the margins, looking in.

As the poem continues, the speaker sets herself apart as an “I” conspiratorially addressing the other women of the “we.” She is the designated spokeswoman here, egging them on to collective action, describing to the reader what they do together and speaking to them as an intimate group. She both satirizes female conversation and reveals the dark truth undergirding stereotypes as her humor swings from near slapstick to gallows:

The absurd sexual fantasy combines with the practical, grown-up advice (“let’s apply for a rebate” is a line repeated later that grows more symbolic in its repetition), which juxtaposes with the bleak chill of “this lifestyle will be the death of us.” This combination is Tómasdóttir’s MO throughout; later in the poem, she says, “women own one percent of the world’s wealth / we include in that / the bubbly.” Clear truths about the oppression of women in the world are nestled in between these moments of humor. This strategy is perhaps the central reason that Tómasdóttir is able to get away with speaking for “girls” everywhere—the tone is so expansive. As the poem careens toward its finale, the humor edges into hysteria, the lines lengthening, the collective voice rising until the final cry, the symbolism of the business jargon driving home the demand for a more progressive future: “we’re hoping the world will be destroyed by flying sparks from the adapter.”

Perhaps not all women will feel seen or spoken for in “Bubbly in the Vulva,” just as not all black teens will see themselves in the pool players at the Golden Shovel in the Brooks poem. This is the risk a poet takes when they choose to write the “we.” But as Wilner suggested in her lecture, the cost of suppressing that “we” in writing is much, much greater.