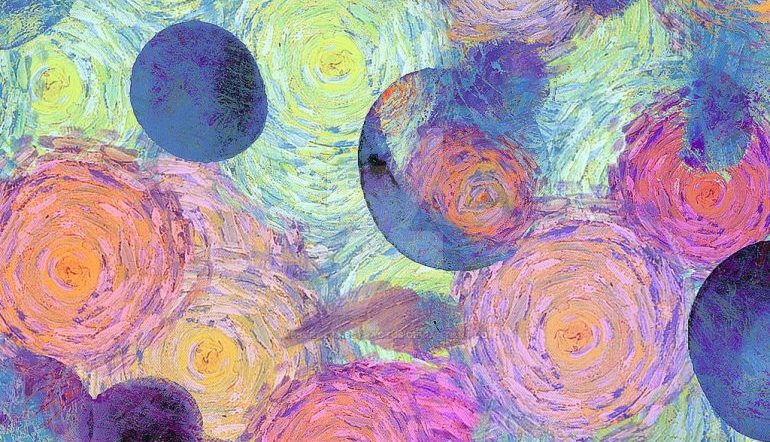 In the Salons, Diderot sometimes describes and mostly sarcastically comments on the paintings at the Louvre biennial art exhibitions between 1759 and 1781. These reports generated discussions on the idea of ut pictura poesis, which appeared most prominently in Horace’s Ars Poetica. As is painting, so is poetry: the connection between the two cannot be denied, but its nature and significance have been heavily debated. Is poetry a verbal painting? Is painting silent poetry? With the definition of poetry, especially within the realm of literature, always evolving, and the emergence of photography as an art unto itself, the debate gained complexity. Teju Cole’s work adds another layer to it, especially with his latest work, Blind Spot.

It’s hard to categorize this book. It feels mostly like nonfiction, an experimental blending of art criticism and psychogeography. It consists of a series of photographs, all taken by Cole himself and each accompanied by a short text, titled with the name of the location in which the photo was taken. Cole describes Blind Spot as “a lyric essay that combines photography and text.” The hybridity is no gimmick, no mere matching of words to images—the process is similar, he notes in his postscript, to that of composing a novel, as it highlights both what is seen and what isn’t, what is said and what drops off the page. All of his books stand on their own but are also very much all about “the limits of vision” and, in this sense, add to the debate regarding the relationship between texts and images.

You can see Blind Spot as an extension of the work Cole did on Instagram for a while: publishing his photographs with terse, enigmatic “captions” that did not seem at first to have anything to do with the photograph. But the connection is there, and whether one sees it or not might point precisely to their imaginative blind spots. He still does this now, posting extreme close-ups of paint on canvas so that the very texture of the fabric and the paint is all we can see, forcing our eye to behold utmost abstraction. Captions are rare again—excerpts from poems or reflections on contemporary issues, fragmented yet self-contained.

By stripping away what we think makes for an interesting image—the monumental, the human subject—Cole re-centers our attention not on the text or on the image but on what happens in between, on the meanings that are shuttled back and forth. The image is something that’s hiding something else; the text is written beside it, literally beside the point. And it’s in the juxtaposition between the two that something is ignited: a form of memory, perhaps, which also points to what is shared and what remains wholly ours whenever we unreel the past. We will never quite grasp the extent of the connection the author makes between each text and photograph, but in turn, this connection unlocks within ourselves other memories, other resonances.

Cole is certainly no stranger to photography or to genre experimentation. He writes the On Photography column for the New York Times, where he brings the work of photographers or photographic techniques in resonance with a broader cultural, social, historical, and aesthetic framework. His first column piece, from February of 2015, was titled “A True Picture of Black Skin.” He routinely scrutinizes photography’s attitude toward Blackness, whether in terms of technique, composition, or subject choice: ideologies are deeply embedded within aesthetics.

He also previously used Instagram to repost several pictures of touristic places shot from nearly the same spot: ten or so photos of the same painting in the Louvre, ten or so photos of the Statue of Liberty from a specific vantage point, and so on. His process isn’t so much to denounce the limits of imagination on display in these photographs, or the consumerist attitude we have regarding photography, as it is to observe and hopefully spur a discussion on why we produce dozens of unsettling similar shots considering the infinite possibilities of subjects and compositions. What gets to be worthy of our attention, and why? What falls through the cracks and gets relegated to our “blind spot”?

This isn’t a particularly novel question in photography, but Cole adds the spin of textual and visual hybridity. The possibilities that the latter generates are already prefigured in Cole’s first books: his widely acclaimed debut novel, Open City, is as visual as it is musical, pausing its narrative peregrination here and there to make way for stilled moments in a museum. Early in the book, Julius, the narrator, heads into the American Folk Art Museum, where the special exhibition focuses on John Brewster, whose deafness imbues his paintings with a peculiar quality, a forceful stillness, an “air of hermeticism.” Julius describes and comments on the paintings the way he does for classical music: with attention not just to the punctum but also to everything around it.

Barthes famously described the punctum as “that accident which pricks me (but also bruises me, is poignant to me)”—as opposed to the studium, the web of rational discourse one weaves around the photograph. In Cole’s work, studium is mentioned in passing or implied; the affective, individual response to visual compositions—both the punctum and what surrounds it—is what matters. Cole’s Every Day Is for the Thief also juxtaposes short vignettes, allegedly written by a fictional narrator on a trip to Lagos, with photographs credited to Cole himself, and by doing so, heavily blurs from the onset the lines between fact and fiction: What do we not see when we create neat distinctions, when we categorize texts too readily?

In a 2013 interview Cole did with Amitava Kumar for Guernica, he emphasizes how his training as an art historian has provided him with an aesthetic filter that shapes the very way he apprehends the world and processes it through his work, be it writing or photography. He also delves deeper into the motivation behind his creative practice: “The central thing motivating my photography and by extension my writing is the idea that there was a mythical pre-history of humanity when everything was intact. The process of photography is finding the little pieces and somehow connecting them to each other, introducing them to each other, reuniting little bits of the shattered world.” Cole had started out doing this in his first novels; Blind Spot takes this a step further by locating any hope of finding remnants of the shattered world and reconnecting them not within one specific mode of expression but within the constant oscillation between words and images.