Home
»
Uncategorized
»
The Rules of the Tunnel 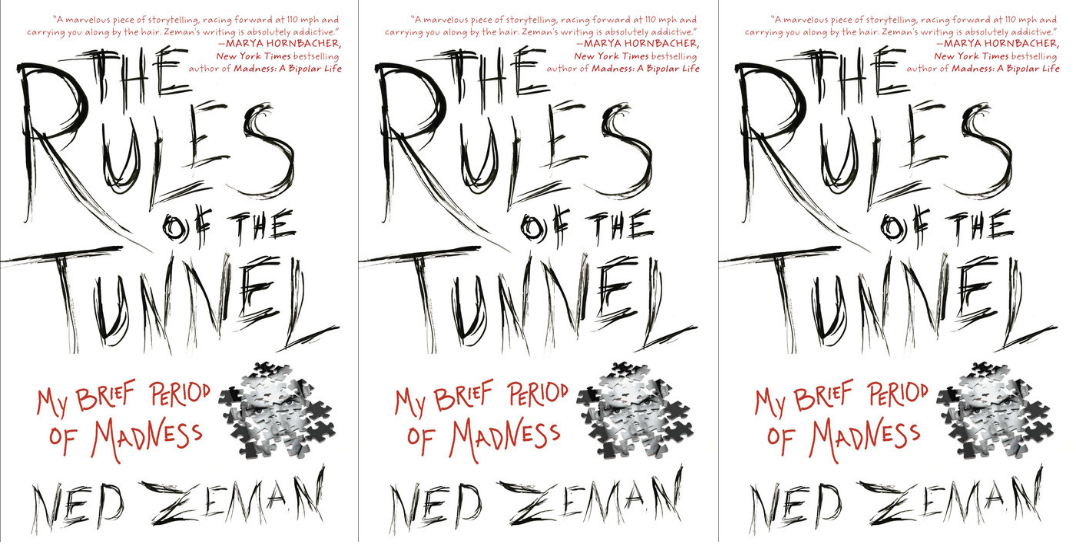 Then you’re in the Gotham Books offices, pitching The Rules of The Tunnel to the publisher. What do you say? “It’s a memoir about amnesia?” A good hook, but not the whole story. A course of 20 ECT sessions left a two-year gap in your memory, and this is your attempt to stitch it back together, to place these forgotten events and fleeting impressions in context of the rest of your life as a depressive. (Fair warning: The Rules of the Tunnel is written completely in the second person, and by page two hundred you’ll be automatically replacing all the “you”s with “I”s in your head without even noticing it.) A memoir about amnesia is going to have some significant challenges. Zeman overcomes some of them and meticulously avoids others. The prologue, for example, is a poignant portrait of an unburdened state of mind. Amnesia is cathartic. “The best day of an amnesiac’s life is always today,” Zeman writes. “The amnesiac ventures forth, ineluctably, because the man who remembers nothing has nothing to fear.” So too we venture forth through the story, but nothing quite compares to that first impression, that first waking moment filled only with the promise of what is to come.

It seems evasive to tell the story of your own depression and mental illness through the lives of others, but under the circumstances, that’s what Zeman has to work with. He frames his memoirs through a series of relationships: with profile subjects, with his dear friends in Los Angeles, and with his exes. Honed by years of journalism, Zeman’s profiling skills are superb throughout. We learn about Bruno Zehnder, godfather of the penguins; Jay Moloney, Hollywood agent wunderkind who lost it all to a nasty cocaine spiral; Tim Treadwell, who thought he could live with the bears; and George Trow, the consummate New Yorker literato. Manic-depressives all—and for our memoirist they invite comparison and an irresistible allure.

As Zeman insists, this is not a Hollywood manic-depression, not a Jack Nicholson ECT. But Rules is still a very L.A. memoir. In the Manhattan version, we’d be spending lots of quality time in the patient-writer’s head. Zeman spares us any such extreme intimacy, in favor of sweeping allusions and fast-paced snippets.

Also unlike Hollywood amnesiacs, for Zeman there is no murder to solve, no ominous tattoos across his chest, no law enforcement or underworld thugs chasing him; just this nagging mystery of what happened to the one that got away. And therein lies the downfall of every amnesiac: eventually you realize there’s something you’ve forgotten. Something big. And eventually, you have to remember.