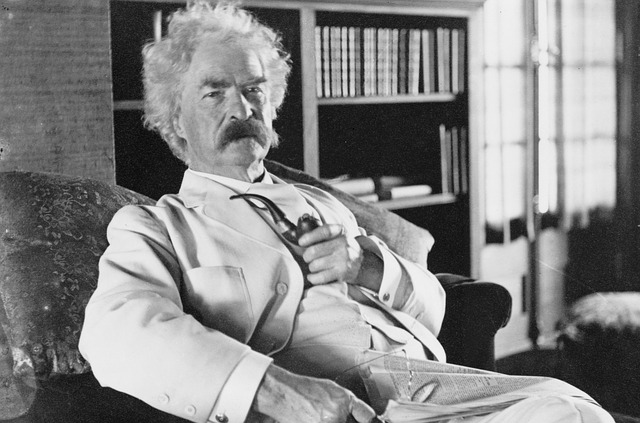 Mark Twain called humor “the great thing, the saving thing,” and indeed I have yet to meet the person who doesn’t like to laugh. Why, then, aren’t a greater number of humorous stories published in literary journals? Why don’t more humorous books—or films, for that matter—win prizes?

“In the troubled sea of the world’s ambition, men rise by gravity, sink by levity,” Lewis Lapham writes. Woody Allen puts it another way: “When you do comedy, you are not sitting at the grownups table.”

I’ve got almost no interest in writing that isn’t funny. To paraphrase Martin Amis, all the great writers are funny, and if they’re not funny, they’re not great. Hold your excoriations for a second while I define “funny.” My rubric is liberal. Anything with a shred of mirth, a whisper of levity, a toenail of wit, qualifies. The blackest of ironies and the broadest of slapstick. A joke told by a hangman and an idiot’s pants falling down. What I’m saying is, there are jokes in Tolstoy, if you start looking. They won’t make you laugh out loud on the subway or anything, but they’re there.

We’re the only creatures that have humor, that seek it out. It serves as a counterweight to existence on this planet, which can be, well, not the best. Here’s Lester Bangs on the human experience:

If you accept for even a moment the idea that each human life is as precious and delicate as a snowflake and then you look at a wino in a doorway, you’ve got to hurt until you feel like a sponge for all those other assholes’ problems, until you feel like an asshole yourself, so you draw all the appropriate lines. You stop feeling. But you know that then you begin to die. So you tussle with yourself. How much of this horror can I actually allow myself to think about?

Is humor the way out of the horror? Maybe. Equally, it may be the way into the horror, the entry point for the unspeakable. Some of the funniest literature is also the most wrenching. George Saunders: “A real writer would say, ‘No, both exist. Of course they do. Serious and funny. Hunger and satiation, they exist.’”

This summer, a heavily publicized Jeff Koons retrospective at the Whitney Museum was met with censure by a lot of reviewers.  Five of the museum’s six floors were filled with balloon animals and monumental steel Play-Doh and vast pornographic self-portraits, all lit with garish fluorescent lights. The scale and the expense of the works gave off a not-so-subtle air of excess. Roberta Smith, in an otherwise largely favorable review for the Times, wrote, “it seems fitting that you may actually recoil when you step off the elevator.”  I saw the exhibit and I understand the criticism.

The work felt at times crass, empty. Some of it was also undeniably funny. It raised a question that can just as well be applied to literature and to all art: What is wit without soul? David Foster Wallace addresses this same problem of irony taken to its logical conclusion in his essay E Unibus Pluram. “The forms of our best, rebellious art have become mere gestures, schticks,” he warns, “not only sterile but perversely enslaving.” To deny humor is to be dishonest, but to deny seriousness is to create balloon animals: shiny, hollow objects containing nothing. 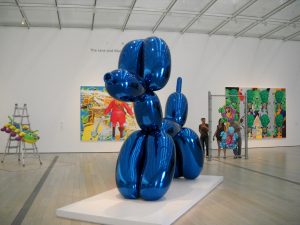 In some sense, it follows that humor is the underdog to more “serious” forms; it has always been the enemy of the status quo. If there’s one person who crystalizes this idea, it’s Twain. When he was seventy-one, Twain spoke before a U.S. congressional committee on copyright; he entered the august proceedings wearing a dark overcoat, and at the moment when he had everyone’s attention he dropped the coat to reveal a white suit. (Despite the popular image of Twain, he didn’t wear the white suit until his final years.) Uproar ensued; a representative headline from the The New York Herald, read, “MARK TWAIN BIDS WINTER DEFIANCE; Resplendent in a White Flannel Suit, Author Creates a Sensation in the National Capital.”

Asked about it afterwards, Twain replied that he had simply worn enough funereal black for a lifetime. But the white suit was more than that. It was a humorous rebellion against conformity, a shot through the stuffy and the stultifying, a clarion call to the irreverent which echoes through the ages.