Home
»
Critical Essays
»
The Search for Home in Away to Stay 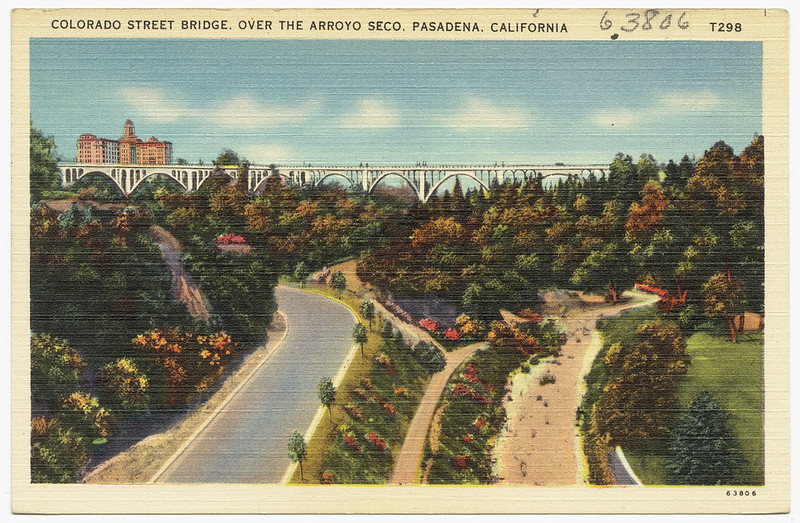 Mary Kuryla’s debut novel, Away to Stay, out last month, is a wild ride, a story about the search for home that moves at a breakneck speed and takes sudden left turns while remaining remarkably poignant and heartfelt. This is in large part due to Kuryla’s prose, which shines and illuminates and lifts the story up. In another, lesser writer’s hands, the action of the book—which includes dogfights and homeless children and damaged veterans—would have overwhelmed its heart. In Kuryla’s, you can feel the search for home deep in one’s bones.

The novel is set in Southern California in 2006. Olya, the first-person, 12-year-old narrator, arrives with her mother at the home of Jack, her mother’s cousin, in the middle of the night. Her mother, Irina, emigrated from Russia; she works as a nurse but wants to be a ballet dancer. Irina and Olya have been on the road for quite some time, moving from one place to the next, and all Olya really wants is a place to call home. By using the present tense and the first-person voice, Kuryla immediately grabs the reader and pulls them in close to this story. From the opening paragraph, we feel Olya’s desire and need for home:

This may be a good house, but it is single-story and wanting. What the house does not want in yard or in fence, it wants in room. Still it is three o’clock in the morning and what is a knock on the front door when there is so much room for this house in me? Mom says I am the one who wants, the one who stays, so the knocking must come of my flesh. My knuckles float over the wood as a low growl heats up the other side of the door.

Right from the start, we see how Kuryla’s prose is braided together with Olya’s narration; in How Fiction Works (2008), James Wood writes about first person narration: “the narrator pretends to speak to us, while in fact the author is writing to us, and we go along with the deception happily enough.” Olya’s yearning is clear—we feel the emptiness within her when she says “there is so much room for this house in me,” but the sentence is somehow turned upside down—we might expect her to say “there is so much room for me in this house.” It seems to come from an authorial, more experienced voice. We will learn, soon enough, that Olya—funny and tough and resolute—is far from a typical 12-year-old, but her narration is clearly elevated, her wants burning through the prose.

The combination of Olya’s imagination and Kuryla’s prose allows both Olya and the reader to escape from some of the brutality of her life. “I am my mother’s daughter,” Olya says, “never staying long in one place, except in my head, a place so much more reliable to occupy.” Before coming to stay with Jack, Olya and Irina lived out of their car and in what Olya refers to as “vacancies.” Once, left alone in the car in Griffith Park, a couple sees her and assault hers. She never really tells her mother what happened, and we hear various versions of the night, including a fanciful one in which the people turn into magical coyotes: “All I had to do was catch their eye, tell them what I wanted, and they would swing open the doors and together we would rise above the parking lot, the pine trees, and the observatory on the hill, higher and higher, until the park was just a patch below us and the astronomer at his telescope would mistake us for a star.” There is such beauty in this passage, a beauty that transcends and covers over the ugliness and emptiness in her life.

At one point, Irina disappears, leaving Olya with Jack, and they slowly become an odd pair, living together in Jack’s house and working together to train Jack’s dog, Bird. Bird is a former K-9 dog, and much to Jack’s surprise, Olya has a way with him. Various other characters appear and disappear—a cop, a nurse when Jack is injured, a local teenager—and we learn that Jack, once a soldier and a police officer, is no longer either. Jack is tough but always caring, always concerned with whether Olya has enough to eat. Food is at the center of their lives together, and the kitchen becomes the room where they can often be found in conversation. Here, too, the prose transforms this room into something else entirely: “The stove ticks and groans and goes dumb. The faucet quits dripping. The counter relaxes.” Olya’s desire for home is also a desire for family, and here Kuryla personifies the objects in the kitchen; it may only be Olya and Jack in the house, but the kitchen is peopled with objects. It is starting to feel like a home.

Irina reappears, and after a fight with Jack, she takes Olya away, but they quickly return. Jack’s first question when they reappear is whether Olya is hungry: “I could eat,” she says, and Jack then presents the meal he has just cooked: “Jack ties the rose apron around his waist, opens the oven, and pulls out a plate of roast chicken, potatoes, and gravy. The heat of the oven ruffles the apron. He lifts a ceramic lid off a soft stick of butter. The gentle curve of the knife spreads over the bread.” The sensual details in this passage—the “rose apron” and its “ruffles,” the “soft stick of butter,” the “gentle curve of the knife”—all work together to produce an image that is as real and comforting as the food itself. The prose allows us to imagine how this must feel and appeals to a tired and hungry child, particularly one who is yearning for a home.

Olya’s search for a home is mirrored by the experience of Bird, who is taken away from Jack by the cops. Jack and Olya talk frequently about Bird, and about dogs in general. Olya thinks, “Why does Jack talk like he is sharing something very personal when it is always only talk about dogs? Maybe talk of dogs makes Jack feel safe in the same way a dog curled at your feet makes you feel safe. Jack does not give off a lot of safety. What would it take for a man to talk past the subject that curls at his feet?” Again, we see the way in which Kuryla marries her prose with Olya’s precocious understanding of others. While Olya is literally talking about the dog, and Jack’s need to talk about dogs, she has a preternatural clarity about the ways of adults—the comfort that is provided by talking about something dear to one’s heart, the difficulty in getting someone to move beyond that thing which brings comfort.

Olya and Jack decide to go get Bird, but before they enter the home where he is, Olya asks Jack: “Why do you want Bird so much?” He responds: “Why do you want a house? Look, when I took on Bird, it was for always. You don’t go halfway into the fire.” A cinematic, tour-de-force action scene ensues, but underneath it all, always, is this emotional resonance. The need for home and the need for comfort is underscored by commitment. The ability to stay.

Olya is befriended by a teenager named McFate—ironic in this world of odd acquaintances and even odder bedfellows—and at one point, he takes her to the beach. Olya does not know how to swim, but they venture into the water, and McFate holds her for a while but then slowly takes one arm away, telling her: “I don’t need to float for the two of us because you can float for yourself.” Then he takes his other arm away: “He winds my arms over my head. ‘Stay,’ he says. We lift and drop down with the waves, our hands holding us head to head. The only holding of any kind we do. Floating on the surface of all this weighty water. There is a place for the body, giving up, giving in, and just because you cannot swim does not mean you cannot float.” This is such a beautiful moment, as McFate lets go of Olya and as Olya lets go of her body. We can almost feel the waves, rising and falling, their bodies moving in time. Again, here, the authorial wisdom joins Olya’s in the understanding that swimming and floating are two different things and the ways in which that translates to life.

And, here, too, McFate begins this moment by telling Olya to stay. There is a constant friction set up throughout the book with the dualities of staying versus going, holding on versus letting go. Back at the house, Olya convinces Jack to lie down in his bed, Bird by his side, and he slowly falls asleep: “Jack breathes in deep waves. I let go of his hand but I do not go. I stay beside him. What I know now is that not holding on is staying.” As in the scene at the beach, Olya is beginning to understand that to stay does not necessarily mean holding on tight, but that there are ways to stay without asserting control.

This is a coming-of-age novel, a story about a girl slowly finding her way—though in this case, the narrative is turned upside down: Olya finds a home rather than leaves one. The title, Away to Stay, seems at first to reference the fact that Olya and Irina are always moving, the opportunity to stay coming only in fits and starts, that one needs to leave one place in order to stay someplace else. Staying put often feels somewhat illusive. But Kuryla’s gorgeous and insightful prose, over the course of the novel, makes us realize, by the end, that “away” could also be understood as “a way.” There are many homes and many families and many ways to be. At the close of this novel, there is such joy and readerly satisfaction when Olya finally finds a home and a family. She finds a way to stay.