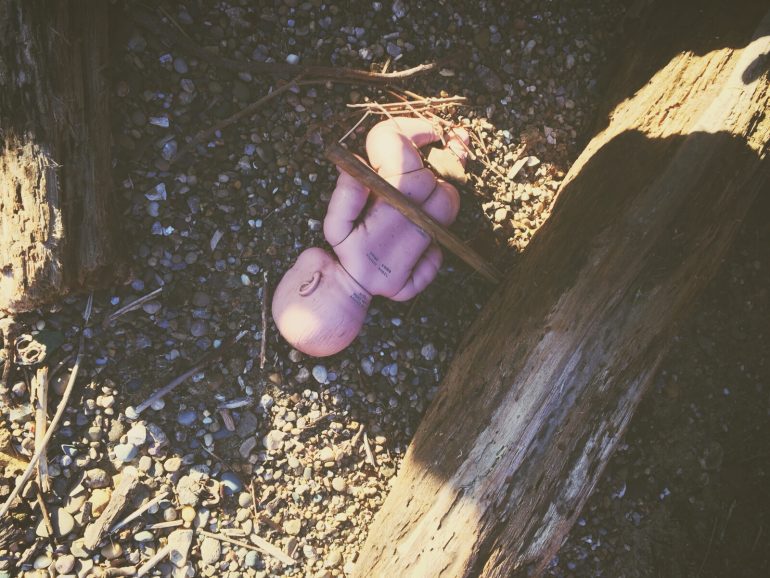 Last week, a wealthy, famous man was fired over five sexual assault lawsuits while another with more and worse allegations against him remains in the highest chair in the country. A bomb that weighs twenty thousand pounds, is as tall as an average two-story house (thirty feet), and costs more than the majority of the incomes of the Americans living in such a house ($170,000) was used in combat for the first time on a country squeezed by famine and powdered in dust and debris. Still, the fighting continues. Across the Pacific loom city-scraping weapons subject to the commands of easily agitated men, and they’re facing east.

Meanwhile, the planet and some of its inhabitants are trying to lick their wounds together. Psychiatrist and climate activist Lise Van Susteren explains what she calls “climate anxiety,” saying, “Every single day we are told about what disasters are just around the corner. And this is being processed whether we know it consciously or not.” An eco-grieving group in Utah responds to the disorientation and anxiety caused by events such as a massive oil spill in North Dakota one hundred fifty miles from Standing Rock similarly to situations of alcohol and drug abuse. We’re only heating up.

Violence is clearly a veteran within the media coverage we’re receiving at our fingertips, that everyday small-black-cup-of-upsetting-current-information we all consume before we even brush our teeth.

In the ’60s, our nation would fold its legs on the sofa with its chin in its palm and watch live war between commercials, whether in Vietnam or the South, where black bodies as young as six or seven were beaten, hosed down, bitten into during TV dinners. The language involving racial tensions shifted as the material became objectively more dramatic and the data less promising of representing equality—“rounding up criminals” is now police brutality, “doing the rounds” is now unwarranted stop and frisk, “keeping the streets clean” is now mass incarceration (though “law and order” has always been institutionalized racism).

So, too, are these language shifts occurring in our writing on the state of the planet, from vague descriptions of deserted lands to portrayals of brute, anatomically-experienced violence. And shifting as well is our reception of it.

In a speech she gave on May 4th, 2013, Angela Davis said the following when talking about violence and prison:

The personal is political—everybody remembers that, right? The personal is political. We can follow the lead of Beth Richie in thinking about the dangerous ways in which the institutional violence of the prison complements and extends the intimate violence of the family, the individual violence of battery and sexual assault. We also question whether incarcerating individual perpetrators does anything more than reproduce the very violence that the perpetrators have allegedly committed. In other words, criminalization allows the problem to persist.

Davis is alluding to a cycle created and perpetrated by the system itself, critiquing (as she is known for doing) whether or not we should even have a prison system; at least, so long as we seek equality. Violence will ensue where it can be bred.

A similar cycle is demonstrated in various short fiction and poetry outlets pertaining to the writing of individuals who write creatively on current societal issues. It’s certainly nothing new—that is, writing with such immense connection to the earth, in good and bad ways—rather, the language includes words and images more noticeably aggressive, violent, and bodily harmful, suggesting a haunting Keats with his shaking palms empty.

All winter a deep booming as black ice shifted on the lake, cracking its contents

I tried to invent a new shape for snowflakes

I tried to make them last, but one by one they burned out on my pink palm

And then further on, she continues:

There was pain but it was hard to describe

Newsprint-ash settled across my hair and after, how tongues leapt around the torso

of the tree, and when it cracked, riven, there was a soft pulpiness within, amber-red and

everything trapped, suddenly exposed, trembled to find a way out from the flames

The internal violence within the images of ice sheets cracking against each other, being trapped by flame, the juxtaposition of the creek unconcerned with a sense of pain indescribable, lends to the idea of the earth as a pseudo-prison of its own. The grief experienced in prison is clearly different than that outside of it—it’s more the notion of being trapped on a dying planet, a death created by the life within, a mutual suffering between an overheating atmosphere and the lack of harmony between oneself and the place within which they exist, that demonstrates a continuity between the violence enacted upon our society and the same upon our environment.

This approach proposes something beyond sticking it to climate change naysayers, backing March for Science anthems, and edgy quotes for social media profiles to demonstrate you’re “on board” with the climate discussion (which are all fine). It is more or less the recognition of the less-than-subtle hint that the violence ensued upon each other cycles back onto the faulting, failing, incriminating treatment of our one true home.

And when grief rolls under to global suffering, whose water will we drink to wash the dust from between our teeth?

This year is the first year since childhood that I’ve been able to hear the earth breathe. One day I was walking up a mountain, sickened by something awful on the news, and suddenly the cottonwood had lungs, suddenly the juniper exhaled heavy into my ear. The heaviness both broke and gave faith to my heart. It was shortly after the election. I said to my friends, ‘It’s like the earth knows.’ And of course the earth knows. ‘But don’t just yet call the heaviness in the breathing the sound of dying,’ my friend said. ‘Call it the sound of the earth working harder than anyone can imagine.’ Sweet planet, today and forever, may each of us be working as hard—and as softly—as you.