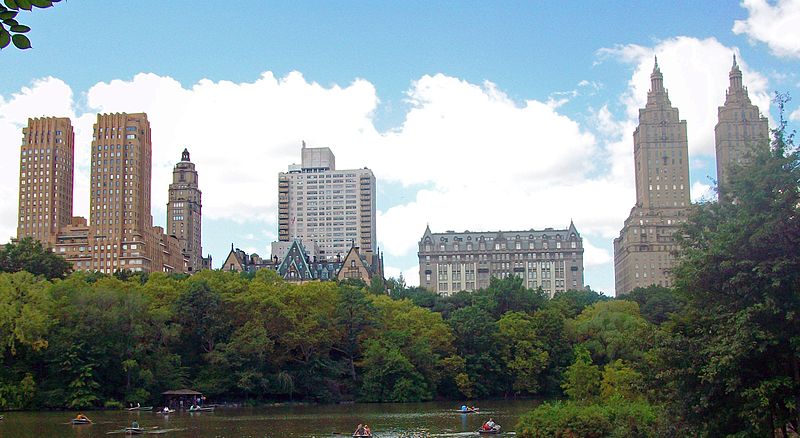 Claire Messud’s The Emperor’s Children spans the spring and summer of 2001 in New York City, a time and place it’s nearly impossible to believe ever existed in our recent memory. In fact, it’s not entirely clear what year it is for the first fifty pages or so. There’s a passing reference to the recent election of George W. Bush. One character suggests a recent upstate transplant ride the elevators to the top of the World Trade Center, and that same recent transplant refers to Chandra Levy, the Washington DC intern whose disappearance dominated the national news during the summer of 2001. But as the year’s events coalesce, it becomes clear we’re reading a countdown to the attacks, beginning in March, following months chronologically until the moment the city, and the world, changed forever.

The various narrative threads allow readers to see the airplanes crash into the towers long before the characters look out their windows. As we inch closer and closer to September, each scene seems slightly doomed, the mortality of the city invisible and vague to characters consumed by their own intimate dramas. The novel’s apolitical focus, though, allows the very ordinary daily concerns of each character to ripple like a faultline about to tilt the world on its axis.

The novel traces the entanglements of three friends, Marina Thwaite, Julius Clarke, and Danielle Minkoff, who graduated from Brown and moved to New York nearly a decade before the novel starts. Now 30 years old, all three character have failed to live up to their ideals of emerging adulthood. Marina is the beautiful daughter of a legendary opinion journalist, Murray Thwaite, the eponymous “emperor,” and is struggling to finish a long-overdue book about the cultural importance of children’s fashion. Julius, a Village Voice freelance critic, can’t seem to earn a steady paycheck and ghosts his two best friends the minute he finds a suitable boyfriend. Danielle, the most pragmatic of the trio, produces television documentaries, but isn’t allowed to follow her own ideas, and is instead forced to do a story about liposuction. Their expensive educations are no longer enough to prop up their self-identities, and each is faced with the uncomfortable lesson that hard work, not talent, will give them back their legs.

Marina, who has, until the month of the attacks, been content to bask in her father’s success, lives with her parents and debates the merits of getting a job. “I worry that that will make me ordinary, like everybody else,” she tells her father, completely unaware of how spoiled she sounds. Over the course of the novel, she is rescued, both personally and professionally, from her father’s shadow by another man, Ludovic Seeley, who is starting a magazine and approaches Marina to edit it. Within months they’re married. Once the towers fall, Marina is the first to vocalize the nightmare of living through history. “Is it right, do you think, what everyone’s saying,” she asks Ludovic, “that nothing will ever be the same again?” When he doesn’t answer, she presses him, asking if he thinks they’ll know anyone who was in the towers. “It’s hard to believe we won’t.” But Marina’s privilege is her real savior. Her husband’s magazine is cancelled, although she still has her book coming out. Nothing has changed for Marina, other than, perhaps, a new era of seriousness.

Julius is physically scarred, not by 9/11 but by a shocking incident of violence right before the terror of that day, his boyfriend biting his cheek. “There was the sound of it, the skin breaking, of the teeth in his flesh,” destined, just like the global attack lying in wait, to become a scar. Although Julius will see evidence of violence etched on his face for the rest of his life, he too seems to recover, pulled from the brink of shock and trauma by his own friendships and privilege. “You don’t think of yourself as scarred,” he tells Marina. “You forget. And you think you can just keep being your same self. But everyone sees you, and they see a changed person.” As if to confirm this, Murray Thwaite sees Julius a few chapters later and thinks of “a tourist visiting death. Julius’s scarred face was frightening.” But despite his maimed face, Julius metabolizes his own personal trauma in much the same way he metabolizes the bigger attacks, the scar visible despite the healing.

Danielle’s post-9/11 fallout is perhaps the most vivid to the reader, her illicit relationship ending the moment the second plane crashes, and her secret lover realizing the lie that enabled him to be here will be difficult to explain given the violence outside the apartment. “I’m supposed to be in Chicago,” he tells Danielle, in a panic. “I need to go home,” meaning uptown, meaning home to his wife. “He kissed her before he left, a small, chaste, final kiss,” the chapter concludes, illustrating how the attacks ended more than just American innocence, the idea that an affair could be the worst thing to befall us. Danielle enters a panic and depression, and takes a trip to Florida with her mother to escape the air and the threat of anthrax. Ultimately, she returns to New York. “She had a film about liposuction to make,” she determines. “It seemed, in some lights, trivial, but it wasn’t really. By the time it was finished, people would be tired of greater tragedies and would be ready to watch it again. Mostly people’s tragedies were small.”

Although life goes on, both for the characters in the books and those of us left behind after the attacks, the rupture was deep enough to destabilize. 9/11 is the catalyst to launch Marina, Julius, and Danielle from their delayed adolescence into the sobriety and cynicism of adulthood among New York’s intellectual elite. By keeping the lens tight on domestic concerns, Messud’s geopolitical plot device works to mirror the experience of violence on the largest scale—it doesn’t seem like a possibility until it happens. The aftermath requires most people to tie up their own loose ends while they process the question of whether collective trauma can possible transform. “You had to make the right choice, you had to stay on the ground,” Danielle decides.