Home
»
Writing
»
The Storytellers: Arab-American Writers Have Something to Say 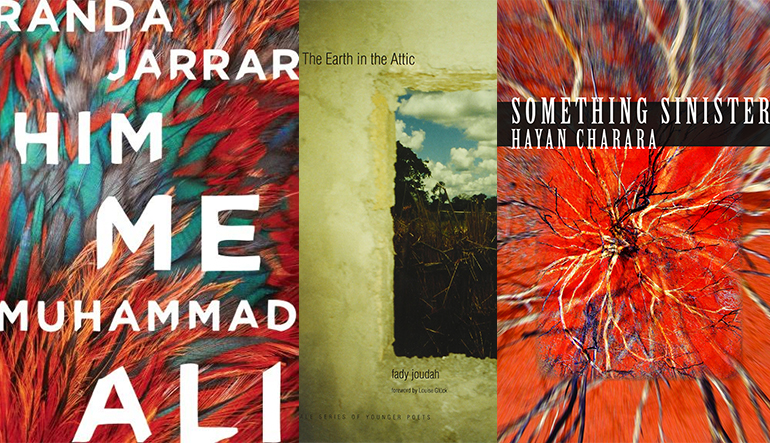 Randa Jarrar, the president of the Radius of Arab American Writers—whose acronym RAWI,  means “storyteller” in Arabic—was a teenager in 1996 when the organization first came into being. Now a published novelist, fiction editor of The Normal School, and professor at Fresno State, Jarrar attended early RAWI conferences and met other Arab-American writers whom she had admired from a distance. She is one of her creative community’s many success stories.

RAWI has existed for over two decades. Its description: “We are fiction and non-fiction writers, essayists, poets, journalists, photojournalists, artists who work with words, and academics of Arab heritage from the Arab lands—Magreb to Mashreq. Arab heritage is an essential component of our identity, although not an essential subject matter of our work.”  Its membership role of roughly 125 includes highly accomplished scholars and literary writers.

“We hope more people will see what we see,” says Jarrar about her colleagues’ work, describing “a vibrant, daring, transgressive, and entertaining tradition of storytelling and poetry, playwriting and criticism.”

However, to be Arab in America is to be, as Jarrar explains, both “hyper-visible and invisible.” So the group does more than provide mentorship, encouragement, and critical readings for each other. They are building platforms for people to explore the Arab-American experience as well as creating space, if not permission, for people to explore all kinds of human experience in their writing. They are, quite simply, building a community; “Our stories are for each other,” says Jarrar, “and that’s a prize in and of itself.”

The group’s main focus is a biennial conference. They seek out partners for the event: past examples include CUNY, The Arab American Museum, and MIZNA. The two-day event supports attendees in honing their craft through workshops as well as networking. A panel at their 2016 conference discussed the mitigating challenges that Islamophobia and anti-Arab sentiment presented.

In 2016, RAWI and the University of Arkansas Press announced the “Etel Adnan Poetry Prize” for an Anglo-Arab poet’s first or second book of poetry. The initiative started, years ago, as a conversation between Fady Joudah (2007 winner of the Yale Series of Younger Poets competition) and Hayan Charara (author of three acclaimed books of poetry and the award-winning children’s book The Three Lucys). “Regardless of the role identity plays in their work, many Arab American poets go unrecognized, or else primarily recognized not for their poems but for their identities, and we knew if we could step in at a crucial stage in a poet’s career […] then we could do a lot to avoid that kind of pigeon-holing,” writes Charara. Jess Rizkallah’s the magic my body becomes is the inaugural winner; her book is forthcoming in the fall of 2017.

Charara, a professor in the Honors College at the University of Houston, recently led the organization’s effort to incorporate as a 501(c)3; RAWI found their application inexplicably stymied at the IRS for over a year. Their status as a nonprofit simplifies the acceptance of donations. They are actively raising money to help emerging writers, through small fellowships, to attend their 2018 conference.

For 2017, the group’s big push is a workshop series, called “In Solidarity,” a day-long event for people of color, marginalized communities, and their allies. Run by Susan Muaddi Darraj, (winner of the AWP Grace Paley Prize for Short Fiction), the events have a strong social justice component. Their next workshop will be held March 18th at John Hopkins University in Washington D.C. Another is scheduled for the Texas Book Festival in Austin. Randa Jarrar would like to find more partners in major cities across the U.S. for this RAWI-sponsored event.