Home
»
Uncategorized
»
The Stroke of A Pen 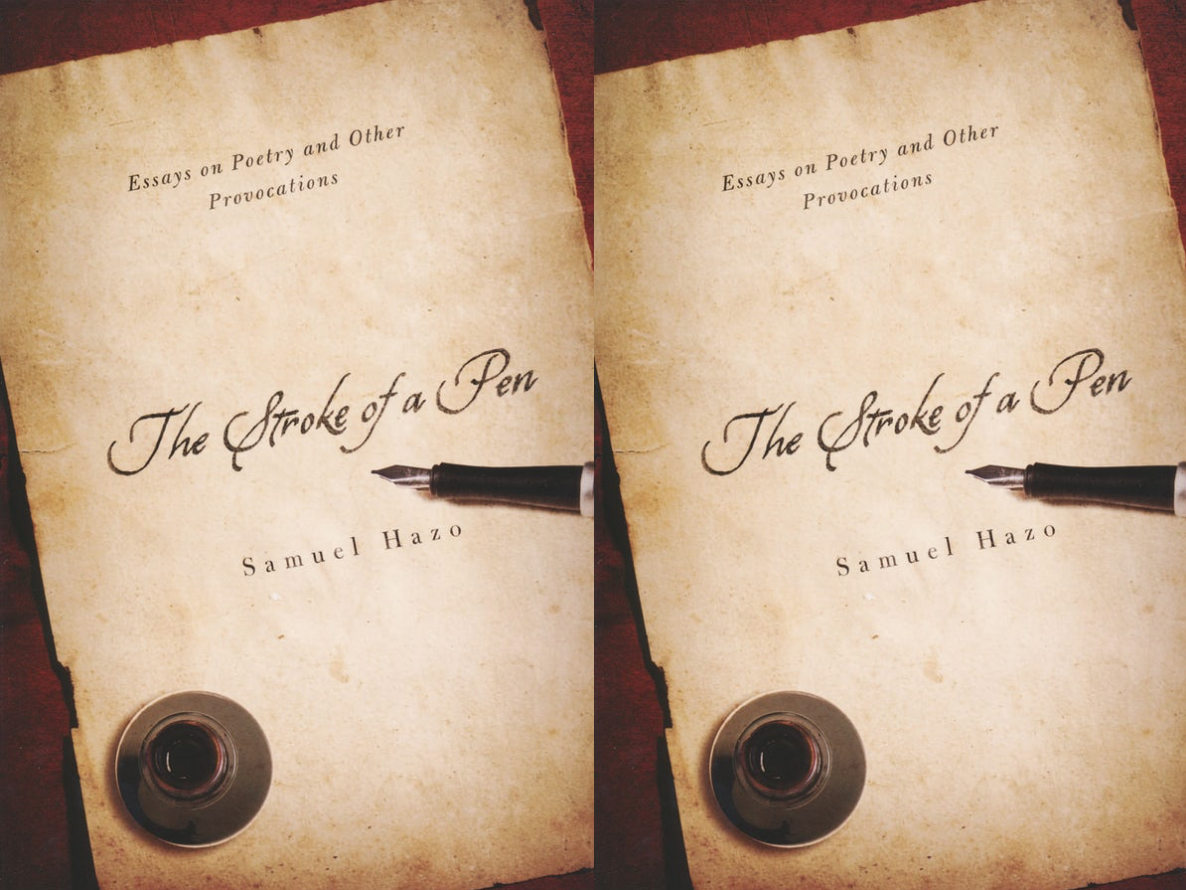 The Stroke of a Pen: Essays on Poetry and Other Provocations
Samuel Hazo
University of Notre Dame Press, May 2011
136 pages
$20.00

In the semi-rural pocket of Pennsylvania where I grew up, poets are a rarity. Last year, as I prepared to uproot my life and move to Boston to pursue a poetry degree, my decision was regarded with perplexity and surprise. “What are you going to do with that?” people asked. (Or: “So you want to be broke for a living?”) Perhaps if Samuel Hazo’s new book, The Stroke of a Pen: Essays on Poetry and Other Provocations, had been published a year sooner, I would have been able to answer them more confidently.

The Stroke of a Pen is not like any other writing about poetry I’ve come across. I’ve read essays on craft, style, dead poets, and specific movements; but while such works have been useful to me in my academic career, they’ve done nothing to help me defend poetry and my choice to study it, or to explain its purpose in modern society.

Hazo’s essays do precisely that. While his subtitle’s “other provocations” (from Provence to the economy to Gregory Peck) dominate the book’s content, the collection as a whole speaks to humanity’s need for art—be it visual, performance, music, or poetry—and the completeness we feel when we’re able to experience it. The title speaks to this notion too, as the pen is, for Hazo, a symbol of authenticity and honesty—two themes that run throughout the book.

The collection is divided into two sections of five essays. The first ranges from an ardent critique of modern society’s priorities, which, in a distressed economy, are severely cockeyed, to the relationship between Christianity and literary criticism. The third chapter, “Strike Down the Band,” ties together Hazo’s cultural, social, spiritual, and educational concerns in a way I found particularly resonant. He calls the cutting of funding to arts and music programs “suicidal,” and adds that he would be mildly placated if those advocating cuts in music programs lived their lives completely without music.

The second section is devoted to more personal essays that seem to have less of a public agenda, but it is nonetheless passionate and engaging. He begins with “Endthoughts of a Recent Retiree” and concludes with “To Wrestle a Slow Thief,” a meditation on the constant upkeep that comes with owning a home. This essay is a fitting final thought about enjoying ones labor of love.

The Stroke of a Pen is an inspiring read for anyone with even a casual interest in the arts. It may give other emerging poets, as it did me, a stronger sense of purpose and responsibility. If nothing else it should provide all readers with renewed assurance in the value of artistic undertaking. “If poetry has no other claim for our attention,” Hazo reminds us, “then the fact that it has no truck with lies is sufficient justification for its value. And the men and women who are momentarily inspired to make such utterances need no further credential than the truth of what they are enlightened to express…”