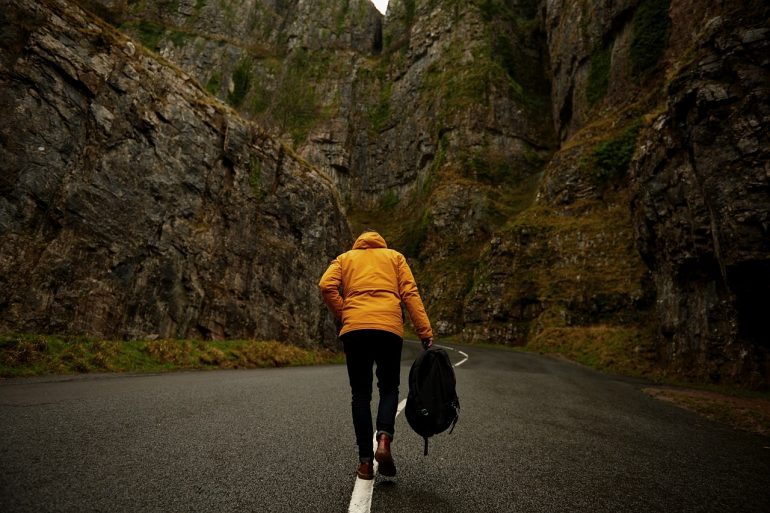 In her posthumously collected memoir writing, Moments of Being, Virginia Woolf writes that it is the “shock-receiving capacity” that makes her a writer. “I feel that I have had a blow,” she elaborates, “but it is not, as I thought as a child, simply a blow from an enemy hidden behind the cotton wool of daily life; it is or will become a revelation of some order…I make it real by putting it into words. It is only by putting it into words that I make it whole.” Woolf senses something greater in what shocks her, and writing about these shocks causes in her healing, delight, and rapture—a cleansing of pain by making something more, something else, of it. Certainly, Woolf is not alone in writing about her pain—there is a plenitude of literature dealing with such traumas as mental illness, divorce, drug addiction, alcoholism, sexual abuse, and violence. What is interesting about these narratives, despite their abundance, is how writers shape them, allowing their stories to transcend the act of recounting.

When I think of trauma narratives, I think first of David Sheff’s Beautiful Boy, an account of his son’s battle with drug addiction, specifically with methamphetamine. I read Sheff’s book for the first time when I was in high school, and for a long time it served as the holy grail of trauma literature for me. I gave it such prominence because after reading it, I finally understood why my Uncle Greg consistently struggled to stay clean and why he always returned to drugs (in his case, heroin). What Beautiful Boy gave me, too, was a sense of connection. For so long I’d held the story of my uncle’s drug addiction in, only talking to my family about how hard it was to love someone whose habits were undeniably leading to an early death. So Sheff’s memoir had a two-fold effect on me: I felt connected to his story and I was moved to a greater understanding.

Looking back, part of the reason why I loved Sheff’s book so much was because I often felt he was speaking directly to me, something he acknowledges directly: “Our family’s story is unique, of course,” Sheff writes, “but it is universal, too, in the way that every tale of addiction resonates with every other one.” This understanding of the private self’s story and its place in a greater context is crucial in order for one writer’s trauma to transcend personal significance and enter the realm of public significance. “The action of telling is fine,” Ander Monson writes in Vanishing Point: Not a Memoir, “kudos for you and your confession, your therapy, your bravery in releasing your story to the public.” But Monson wants more of memoir. He wants an “awareness, a sense that the writer has reckoned with the self, the material, as well as what it means to reveal it, and how secrets are revealed, how stories are told, that it’s not just being simply told. In short, it must make something of itself.” In other words, memoir, and perhaps trauma narratives most of all, must go beyond the recounting of events by demonstrating an awareness of why one wants to share their story, should they seek something more from the act of writing than catharsis.

I’ve come to realize that Sheff’s success comes from how he tells a universal story. “In telling our story,” Sheff writes, “I resisted the temptation to foreshadow, because it would be disingenuous—and a disservice to anyone going through this—to suggest that one can anticipate how things will unfold.” He agrees with Woolf that the act of writing itself creates meaning or wholeness where only, to use his words, “chaos and insanity” had been before, yet he nevertheless carefully reproduces the chaos and insanity proximity to someone with a drug addiction wreaks on one’s life. And he’s faithful in this re-creation even when it pains him—as it does in the book’s ending: “I had so much wanted to end my book with Nic’s letter to Jasper,” Sheff laments, talking about a letter sent from his son with a drug addiction to his younger half-brother, in which Nic promised Jasper he’d be there for him in life from now on, a dependable source of support uncompromised by drugs. “It served too perfectly as a neat bow on the package, a happy ending. I wanted it to be the happy ending of our family’s story about meth…But no. It is still so easy to forget that addiction is not curable.” Despite his desire for a neat and tidy narrative, Sheff forces himself to stay true to the reality of drug addiction rather than cutting his memoir short to create a more uplifting ending. He crafts for us an authentic experience, unwaveringly.

What also enamored me about Beautiful Boy is the way in which Sheff integrates his thorough research with his personal narrative. Sheff explains that research was actually a part of his experience: “I obsessively researched this drug, addiction, and treatments,” he writes, “I am not the first writer for whom this work became a bludgeon with which to battle a terrible enemy… and an agonizing process by which the brain organizes and regulates experience and emotion that overwhelms it.” So Sheff recreates this experience of trying to create order through research too. In one chapter, which he opens with a brief anecdote about his own drug use when he was younger, Sheff says, “Now that I know that Nic is using meth, I try to learn what I can about the drug. It’s more than an attempt to understand it. I sense that there is power in the knowledge of an adversary.” What follows is eight pages of in-depth research, entirely devoid of personal narrative. Then a section break. And then: “Nic has used meth.” Need Sheff say more? All that research and then the brevity of that sentence following a weighty blank in the page holds us right there with him in the horror of this revelation. Undeniably, the horror comes from the linking of these two disparate pieces of writing: research and personal narrative. This research is crucial for Sheff’s, as well as our, understanding of meth, and narrative alone would likely be insufficient for producing such depth of horror. By meticulously shaping and amplifying his own experience in his reconstruction of it, Sheff creates an agonizing portrait of a father’s grief in the face of potentially losing his son to drugs.

In his essay “Marketing Memory,” Bernard Cooper writes, “It was not the subject matter of my memoirs that I hoped would be startling, but rather language’s capacity to name what was once nameless, to define what had once been vague and chaotic.” To this I would add, and I think Monson would agree, form and the internal structure of a piece must also be a consideration when writing about trauma. And this is what Sheff does in Beautiful Boy. He makes sense of the blows he receives, even as it is challenging and painful to do so, and in doing so, he delivers a trauma narrative that may be cathartic but is ultimately much more than that. It is a trauma narrative that allows the reader to experience his trauma for themselves as well as a trauma narrative that allows the traumatized to find themselves.