Home
»
Writing
»
The Technological Extinction of the Short-Story Writer 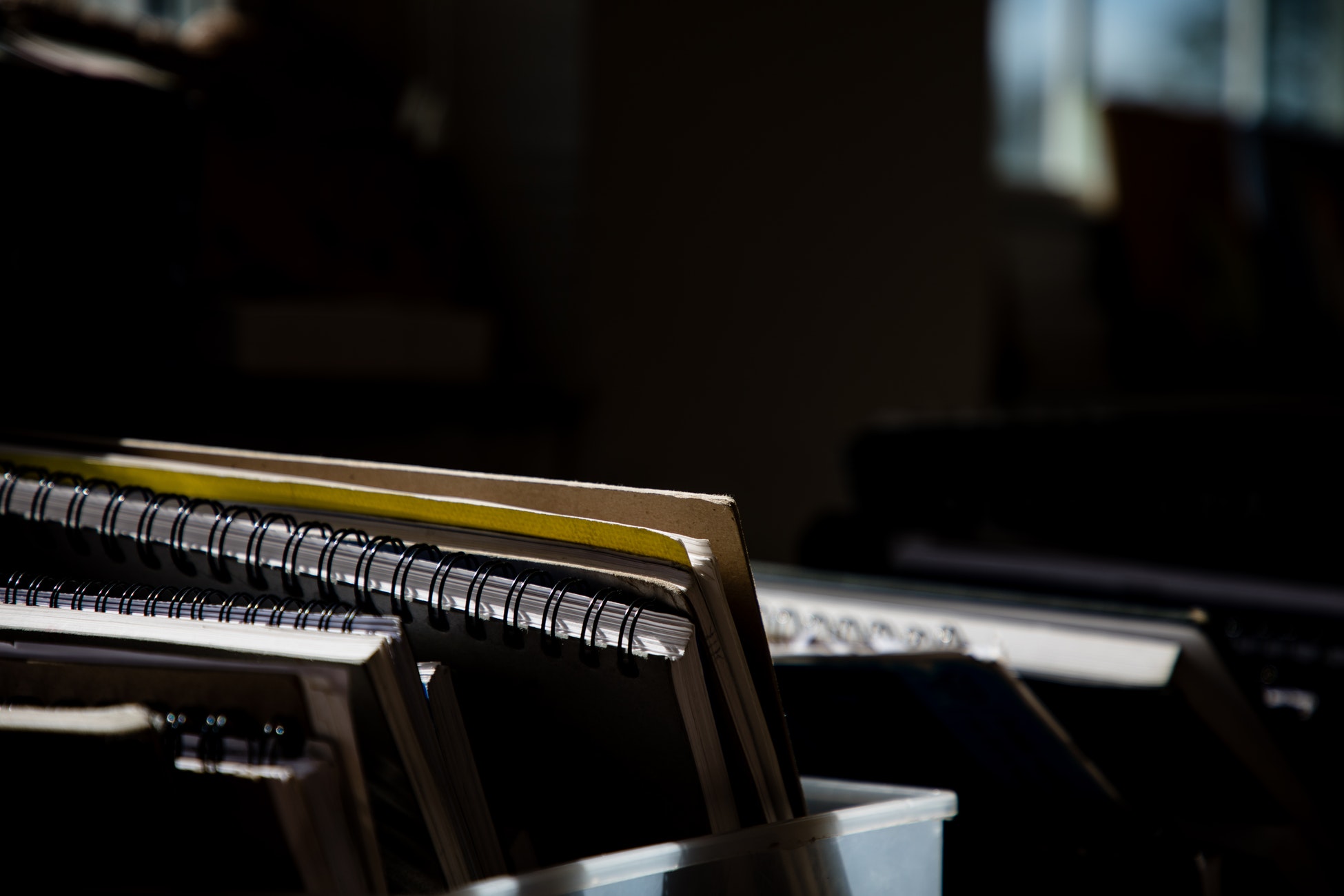 The march toward human obsolescence is relentless. From ATMs replacing bank tellers (well-accepted now) through drones taking the place of delivery drivers (an ongoing conversation) to artificial intelligence representing defendants in court (a medium-term prospect), it’s clear that the increasing sophistication and decreasing cost of machines will continue to puncture humans’ inflated sense of their own uniqueness.

Nonfiction and fiction writers share many skill sets, but the trend toward automation of some news stories—primarily those that are numbers-driven and relatively straightforward—also shows the difficulty of robotifying creativity and empathy. These qualities are essential in fiction, but not always so in straight reporting.

In general, according to a University of Oxford working paper, writers and authors have a relatively low probability of computerization, at 0.038. That is, they have the same small likelihood of being replaced by computers as veterinarians. The least likely? Recreational therapists.

While computerization generally applies to routine tasks, and thus producers of creative work are relatively privileged when it comes to job security in the face of automation, it’s not hard for computers to produce novelty. In fact, computing systems have a much greater capacity to formulate combinations of events and words than a mere human.

This was apparent in 1854, when a precursor to the computer was made able to spit out, bizarrely, Latin hexameter verse. The technological possibilities have been extended and exaggerated since then, notably by Roald Dahl in a story first published in 1954, “The Great Automatic Grammatizator.” Dahl’s short stories for adults are sly, funny, and ingenious. They also often end on a slightly moralistic note, similar in broad strokes but different in type from what happens in his stories for children. The comeuppance in his grown-up stories often comes to those whose sexual or other appetites exceed conventional bounds. Hubris is punished, albeit in witty, breezy form.

“The Great Automatic Grammatizator” is a cynical exception. It tells of a machine invented by Adolph Knipe, an aspiring writer disheartened by the many rejections he’s received from literary magazines. Knipe sees stories of similar or even lesser quality being accepted by the magazines he longs to publish in, and concludes that this is largely a numbers game. Produce enough stories, and eventually a decent number will be approved.

Knipe also realizes that a computer (although this word isn’t used) has a powerful capacity for memory, which can be used to store grammatical rules and combinations of linguistic components. The account of Knipe’s eureka moment, and of the comically vague machine-building that follows, is entertaining:

The living-room became littered with sheets of paper: formulae and calculations; lists of words, thousands and thousands of words; the plots of stories, curiously broken up and subdivided; huge extracts from Roget’s Thesaurus; pages filled with the first names of men and women; hundreds of surnames taken from the telephone directory; intricate drawings of wires and circuits and switches and thermionic valves; drawings of machines that could punch holes of different shapes in little cards, and of a strange electric typewriter that could type ten thousand words a minute. Also a kind of control panel with a series of small push-buttons, each one labelled with the name of a famous American magazine.

In fact, computers can create novelty more prolifically (and—crucially—more cheaply) than humans can. As Knipe passionately explains to his boss:

‘Nowadays, Mr Bohlen, the hand-made article hasn’t a hope. It can’t possibly compete with mass-production, especially in this country—you know that. Carpets . . . chairs . . . shoes . . . bricks . . . crockery . . . anything you like to mention—they’re all made by machinery now. The quality may be inferior, but that doesn’t matter. It’s the cost of production that counts. And stories—well—they’re just another product, like carpets and chairs, and no one cares how you produce them so long as you deliver the goods.’

Knipe believes a machine is useful because it can be tailored to the formula of each magazine’s stories. Anyone who’s grappled with the different requirements of dozens of different publications can appreciate that a computer might be better placed to store all this information and fine-tune content based on it.

In terms of tailoring the content of a particular short story, the experience within the Dahl story is akin to mastering a large instrument. For instance, modulating the amount of passion in the story involves using pedals, like an organ:

First, by depressing one of a series of master buttons, the writer made his primary decision: historical, satirical, philosophical, political, romantic, erotic, humorous, or straight. Then, from the second row (the basic buttons), he chose his theme: army life, pioneer days, civil war, world war, racial problem, wild west, country life, childhood memories, seafaring, the sea bottom and many, many more. The third row of buttons gave a choice of literary style: classical, whimsical, racy, Hemingway, Faulkner, Joyce, feminine, etc. The fourth row was for characters, the fifth for wordage—and so on and so on—ten long rows of pre-selector buttons.

“The Great Automatic Grammatizator” ends in a world where this machine has cornered the short-story market. The money imperative allows Knipe not just to churn out publishable stories, but to pay mediocre writers not to write, for a fee.

Of course, Dahl isn’t the only person to have speculated about the replaceability of creative writers. A rather different source is the television show “Clarissa Explains It All,” a lodestar for 90s tween girls in the days before people used the word “tween.” A memorable 1992 episode centers on a poetry-generating computer that ends up winning a school honor. The program works through the inputting of certain words from the tradition of romantic poetry, generally those relating to flowers and sunsets. Several decades after Dahl’s techno-satire, “Clarissa” expresses the same concerns, although not quite as darkly, and without distilling automation to its core—which is a matter of economics.

In the Oxford working paper that gives writers a 4% chance of being replaced by automation, one argument that what makes creative intelligence so special is something that’s harder to pin down. Specifically,

the principal obstacle to computerising creativity is stating our creative values sufficiently clearly that they can be encoded in an [sic] program…even if we could identify and encode our creative values, to enable the computer to inform and monitor its own activities accordingly, there would still be disagreement about whether the computer appeared to be creative. In the absence of engineering solutions to overcome this problem, it seems unlikely that occupations requiring a high degree of creative intelligence will be automated in the next decades.

This doesn’t mean that fiction writers are immune from the existential threat that AI may pose. Richard Susskind, a specialist in legal technology who advises the Lord Chief Justice of England and Wales on IT matters, points out that we all want to believe our professions are unique, and protected somehow. Yet he expects the automation of jobs through AI to become substantial in the 2030s and 40s.

And even with the apparently human-specific qualities of creativity and empathy, writing is by and large an unlicensed occupation, with low barriers to entry. It isn’t subject to tests, certifications, and a required course of training, as with doctors and lawyers. And even doctors and lawyers are replaceable at least in part, by for instance robotic surgeons and chatbots that work to clear minor offenses. Writers of short prose and poetry appear particularly at risk, as the output of computing technology often becomes less coherent with longer and more complex narratives.

Susskind contends that there are two options for the workers of the future: competing with the machines or building them. Most literary folks will probably be more inclined to go in the first direction, drawing on the previously mentioned qualities of empathy and creativity.

Yet the second direction, of getting involved in building robots that aid rather than supplant the writer, is a fascinating possibility. What technologies could today’s writers shape that will enhance the writing experience of tomorrow? Perhaps a quickly searchable database of every plot ever published, that spits out a score telling you how clichéd certain stories or sentences might be? After all, humans can’t compete with computers when it comes to storing data, but for now have the upper hand when it comes to putting that data to other uses. Dahl (who himself could have used an empathy transplant, given his notorious anti-Semitism) might be dizzied by the prospects for technological enhancement—while possibly also bemoaning the erosion of work.