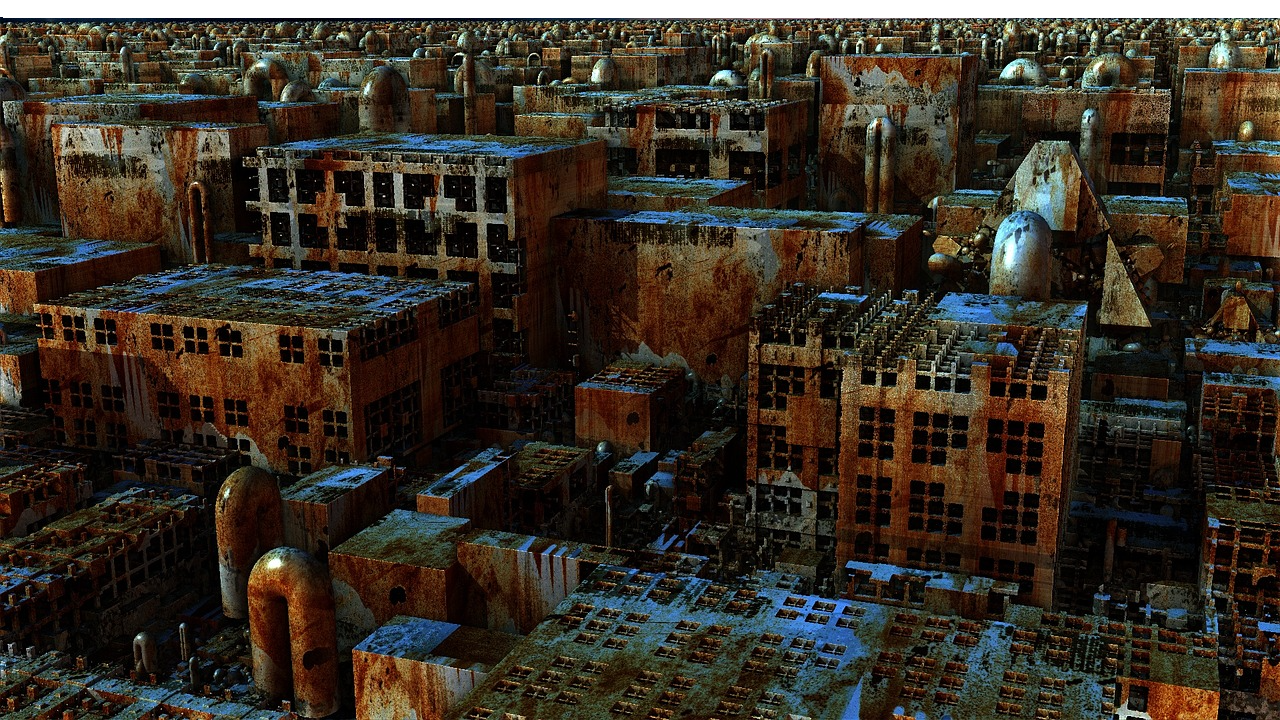 I used to live down the street from a shop that sold taxidermy. This was Portland, so not a hunter’s kind of place, more a hipster’s curiosity shop. The window display would change periodically, but there was usually a taxidermy lion—full beautiful mane, large glistening incisors revealed by a mouth pulled back in a menacing grimace. Paws the size of lamb chops. At any moment, it seemed, the beast would come to life, the snarl turned to roar, tensed haunches launching the cat into a predatory leap. I fell in love with that lion every time I passed.

I’m always amazed at how certain writers—often those writers who are said to “transcend their genre”—are able to combine action-filled plots with complex character development. How do you stop the action in, say, a zombie apocalypse, so that the characters can become intimate and so the reader can really get to know them and care about their inner lives?

In Ursula Le Guin’s The Left Hand of Darkness, the main character, Genly, sent to the planet Winter as an ambassador of the planetary alliance of Ekumen, must travel across a dangerous icy terrain. He is assisted by Estraven, a member of the planet’s race of androgynous beings. As the two struggle together across the ice, they are forced to share a tent every night. Through this forced physical intimacy, the two form a close bond that is the center of the novel’s emotional weight.

At one point in Le Guin’s novel, Estraven enters kemmer, a period of heightened sexual awareness in which Gethenians want to mate and can take on the role of male or female partner, and he has to explain to Genly why he is being withdrawn: “I explained my silence, with some embarrassment. I was afraid he would laugh at me.” But instead of laughing at him, Genly responds by talking about how isolated Gethenians must feel, because of their uniqueness among living beings. This begins an exchange about how this might shape culture and worldview; they talk about duality and unity. Genly says, “Perhaps you are as obsessed with wholeness as we are with dualism,” and Estraven responds, “Duality is an essential, isn’t it? So long as there is myself and the other.”

These conversations about duality, wholeness, and gender emphasize and develop the major themes of the novel while also allowing the two characters to really connect and understand each other. In addition to these conversations, Genly teaches Estraven “mindspeak” and, though Estraven never becomes entirely comfortable with the practice, they communicate in the tent without speech, an intimacy of shared thought.

Only through this forced proximity are the two characters able to become open to empathy—Genly in particular, as he has been resistant to this kind of true understanding of the Gethenians. In fact, this marks the main shift in Genly’s character over the course of the novel, from ignorance to knowledge, or judgment and distance to real compassion and love. In this way, the tent moment moves the story forward, advances the plot, while also increasing our emotional investment in the characters.

Another characteristic the tent moment shares with the taxidermied lion: it is a crafted specimen, outside time. In The Breathless Zoo, Polquin states, “The raw fact is that taxidermied animals carry their deaths with them.” Similarly, the tent moment carries its death with it; its loss is integral to its power. In Le Guin’s novel, Before Genly and Estraven reach their destination, the narrative voice skips into the future, a future in which Genly is reflecting on his time with Estraven. He says that he sometimes imagines as he falls asleep at night that he is in the tent:

We are inside, the two of us, in shelter, at rest, at the center of all things. Outside, as always, lies the great darkness, the cold, death’s solitude . . . . What I was given was the thing you can’t earn, and can’t keep, and often don’t even recognize at the time; I mean joy.

The narrator casts these memories inside the tent in a kind of eternal present. We feel the recollected tent moment that much more deeply because we know it is already lost, that the character suffers from this loss, that his recollections are a form of mourning.

In Colson Whitehead’s Zone One, the tent moment, which occurs entirely in the memory of the main character, nicknamed Mark Spitz, happens not in an actual tent but at a toy store, and instead of a treacherous icescape, the characters are taking shelter from the undead. In an extended early flashback, the zombie virus has recently broken out, and Spitz is raiding shops. He meets a woman named Mim in a Connecticut toy store, where they hunker down, gather supplies, and share stories. The two of them make a home of the toy store. They get out board games and huff from whipped-cream canisters, light birthday candles for ambiance. “They passed the time,” the narrator says, “made the nights as lovely as they could.” But ultimately their time comes to an end: Mim goes out to get some pepper for soup and never returns.

The novel is discursive, lyrical—zombies are killed, humans are bitten and infected, people run away and drive army jeeps and promote propaganda—but Whitehead slows it way down. In fact, we are a dozen pages into the novel before we even get to see any zombies. So this flashback is not really innovative in terms of the structure of the novel or its techniques. But it is different in that it’s a memory Spitz returns to, and the only one in which he reveals real emotion.

When we meet Spitz in the beginning of the novel, he is already resigned to the new state of the world. In fact, Spitz seems peculiarly suited to this world to begin with: “His aptitude lay in the well-executed muddle, never shining, never flunking, but gathering himself for what it took to progress past life’s next random obstacle.” He takes his losses in the novel—the loss of his parents, of fellow survivors, of any semblance of a normal life—more or less in stride. It is only through his recollections of Mim that we see his mask slip a little:

Ever since the soldiers rescued him, he started losing them, the names. They were dust in his pocket. Their eccentricities, the moronic advice vis-à-vis food safety, the locations of the rescue centers they’d obsessed over lasted longer than their names. One night he got the urge to record what he remembered in one of the kiddie armadillo notebooks. It passed. He didn’t stir from his sleeping bag. Let them go, he thought. Except her.

Those two words—except her—close out the last flashback of Mim, and they thud in the white space that follows on the page. This is Spitz’s tent moment, a memory of an irrevocable loss, a true moment of connection with another person.

Like Whitehead’s novel, Tana French’s In The Woods moves a little slower than other books in the genre—in this case, mysteries and detective novels—though it still contains the sequence of actions or plot points one would expect, the twists and reveals of a murder investigation. The investigation at hand concerns the murder of a twelve-year-old girl in the woods, and partners Rob and Cassie, along with Sam, a newcomer assigned to the case, follow the clues and interview suspects. They meet on a regular basis at Cassie’s house, where the three of them take turns making dinner; they drink, eat, and talk about the case, what they’ve learned in the course of their individual searches. Plotwise, this gives the reader information that isn’t revealed in the action sequences—it would be impossible, not to mention boring, to follow each of the three as they gather all necessary details—and it also provides a natural setting for the detectives to analyze and discuss the case. This, after all, is part of the pleasure of the detective novel: watching the detectives’ minds at work, the putting together of the puzzle.

In the moments between their serious discussions about the case, Cassie and Rob tease each other and exchange intimate gestures—“Cassie shoved me with her foot. ‘Find whiskey or something.’ I slapped her foot away and got up.”—setting up their flirtatious relationship. The new team, as a whole, grows closer too:

It was a good evening, a happy evening; soft rain was pittering at the windows and Billie Holiday was playing in the background and I was glad, after all, that Cassie had invited Sam. I was starting to like him a lot more actively. Everyone, I decided, should have a Sam around.

Though these dinners don’t let us forget the detectives are investigating a murder case, they turn our attention to the characters’ relationships. These moments become particularly important when Rob and Cassie eventually sleep together, and Rob subsequently disengages from her; through these dinners, we understand the complexity and depth of his feelings, and we also understand what a self-sabotaging act his disengagement is.

After Rob sabatoges his career and his relationship with Cassie, these dinners become an anchor and a point of regret and nostalgia. Chapter nine of the novel begins:

In my memory, we spent a million nights in Cassie’s flat, the three of us. The investigation only lasted a month or so, and I’m sure there must have been days when one or another of us was off doing something else; but over time those evenings have colored the whole season for me, like a brilliant dye flowering slowly through water.

The tent moment becomes, like in Le Guin’s and Whitehead’s novels, a time recalled by the narrator with fondness. It represents what is lost.

Action and intimacy are not mutually exclusive. There are, obviously, many different ways to integrate the two. Intimacy can be created through dialogue, and movement, and touch and glance and interiority. But if all else fails—put your characters in a tent together.