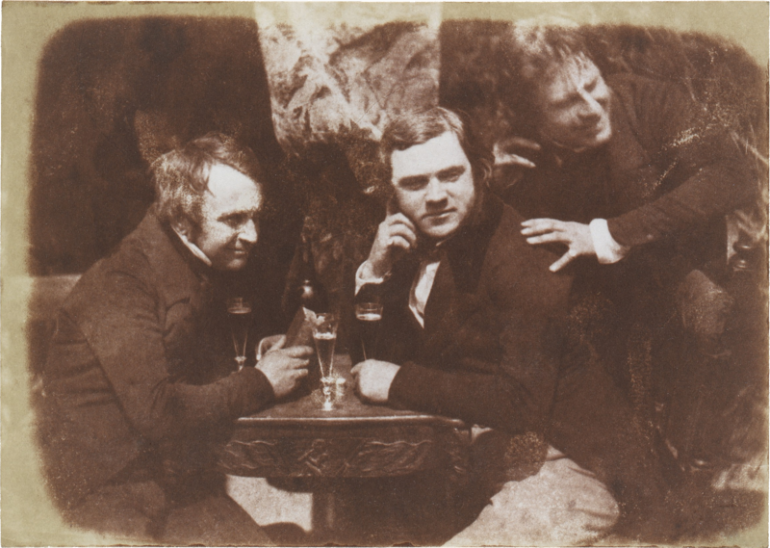 It’s so cold in Chicago that the temperature isn’t even negative; it has one of those calculus sigmas in front of it, and there’s some kind of logarithm involved. Maybe you’re sitting in the sun on your California balcony, you ingrate, but here in the Midwest there’s little to do but read and drink… So here are some literary drinking games to start your week of involuntary Arctic exploration off right. (Please note that Ploughshares probably wants you to drink responsibly. So do I. But I also want you to read irresponsibly.)

“Six degrees of Kevin Bacon, Literary Style”: Pick an author. Figure out who that author’s Facebook friends are. Then figure out what other writers those friends have slept with. Keep going until you find an author whose book has been turned into a movie. Go on IMDB and copy the entire cast down on a sheet of yellow legal paper. Now find the shortest route to Kevin Bacon. When you get confused, drink.

Open up The New Yorker to the fiction pages. If the author is younger than you and wildly successful, drink an entire bottle of whiskey and cry.

Read Ernest Hemingway’s Paris Review interview aloud with a friend. You be Hemingway. Whenever you, as an actor, feel Papa would swig his drink, do likewise. End by arm wrestling your friend and getting him to shoot something in the backyard. Then drink more.

Read some P. G. Wodehouse. Put your feet up and clap your hands for someone to be a good sport and mix you up a bracer.

Read something you wrote seven years ago. Every time you gag in embarrassment, take a drink.

Pick names at random out of Charles Dickens, and try to introduce them into conversation (“my college roommate, Charity Pecksniff…” “I want to set you up with my buddy Dick Swiveller…”).  Every time you get a spit-take, drink.

Pretend you’re at Yaddo with Dorothy Parker and John Cheever. Try to outdrink them.

One time, in college, I tried to read two acts of Shakespeare’s Coriolanus after a party when I was still fairly drunk. I retained nothing. But you know what? It’s totally worth trying again. Why don’t you try it and report back to me? While you’re at it, you can tell me what Coriolanus is about, because I never did find out.

Drink every time you see the letter E.

Read the collected stories of John Cheever. Highlight all the references to gin. Read them aloud, back to back. If your friends can still tolerate you, count your lucky stars and buy them all drinks.