Home
»
Critical Essays
»
The Threat of Forced Domesticity in Pond 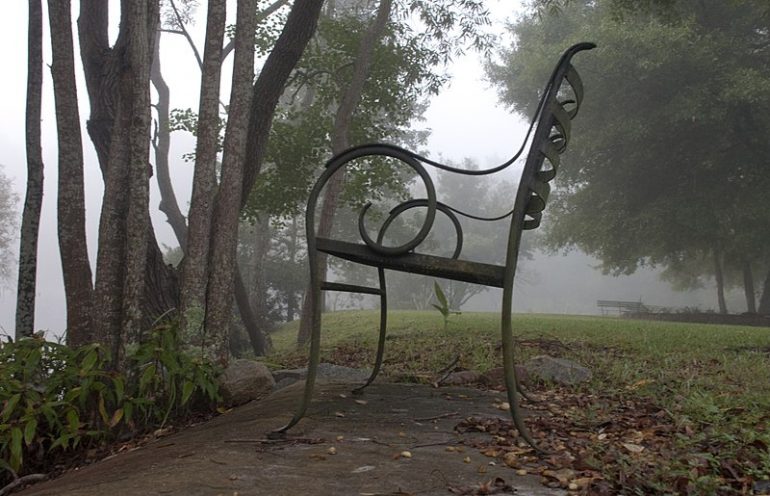 In the first sentence of Claire-Louise Bennett’s 2015 short story collection, Pond, Bennett writes, “First of all, it seemed to us that you were very handsome. And the principal windows of your house were perfectly positioned to display a blazing reflection at sunset. One evening while walking back from the fields this effect was so dramatic we thought your rooms were burning.” In these two sentences, from the story titled “Voyage in the Dark,” the boundaries of both interior and exterior, house and inhabitant are blurred: the inhabitant of the house is handsome, but so is the house itself, positioned to draw on the beauty and power of the sunset to the point that it seems the house is on fire. But while we see the house and the surrounding grounds in some detail—the windows, the gravel in the drive, the tree in the front—the inhabitant of the house is reduced to an adjective and a pair of leather gloves gripping a steering wheel.

Throughout the twenty stories in the collection, Bennett engages with the relationship between the exterior, natural world and the interior, domestic spaces that the narrator inhabits. Told entirely in the first person, the stories in Pond show a young woman at home in the natural world who seeks that same comfort and ease in the domestic world and in her personal relationships. “Voyage in the Dark” ends with Bennett writing, “The other two hung back by the brook with cups on sticks while I made my way over the wall into your ornamental garden, lay down upon the unfeasible grass and fell to sleep wrapped about a lilac seashell, which was of course my most cherished possession.” The ornamental garden is a threshold between inside and outside—it is manicured and safe, but not entirely closed off from the elements; this blending of interiority and exteriority is an image Bennett comes back to throughout the collection, as if attempting to construct a new type of domestic space, one that incorporates the expansiveness of the natural world and the safety of a well-organized home.

Bennett prefaces the collection with three quotes, two of which cast a skeptical eye on the ability of domestic spaces to offer the ease the narrator feels in nature, while also expressing a longing for a more traditional type domesticity. The first quote, by Natalia Ginzburg, asks, “Could it be that any apartment, any one at all, might eventually become a burrow? Would any place eventually welcome me into its dim, warm, reassuring, kindly light?” The second quote, by Gaston Bachelard, states that, “Wolves in shells are crueler than stray ones.” Taken together, both quotes question the viability of domestic spaces to provide comfort, reassurance, and respite. The wolf is crueler in its shell because it is alone and isolated from others; the stray wolf at least has the possibility of contact with other wolves, and that possibility tempers its cruelty.

The first-person narration of Pond creates not only a sense of intimacy but also a sense of claustrophobia, of closed spaces, of thoughts that cannot be escaped. The conversational tone and frequent use of stream-of-consciousness creates the impression that the narrator is confessing her sins (“But then, as I have mentioned already, I am often alone…”). In fact, the narrator appears to feel more comfortable revealing what could be considered unattractive or unlikeable parts of herself as a way of keeping the reader at arm’s length. This is not a narrator who seeks sympathy, but one who is brutally honest with herself and with others, as if the narrator is saying to us, “Come here, go away.” The cottage by the pond, her domestic refuge, is an attempt to find comfort, as if the narrator is hoping her domestic space, if decorated properly or tidied up well enough or used for dinner parties, will smooth the jagged and troubling thoughts she reveals—or at the very least be able to contain them. Domesticity and domestic spaces in Pond do not provide psychological comfort in the way they provide physical comfort, but the actions involved with creating a domestic life open a space where the psychological aspects of domestic life can be examined in depth.

The story “A Little Before Seven” begins, “I was cleaning out the fire grate first thing and as I dropped the pan vertical so that the ashes released into the bucket below I was distracted by an observation that was generally comical yet profoundly concerning: I rarely acquire any enthusiasm for the opposite sex outside of being drunk.” A moment of domestic mundanity leads to a troubling, rather than comical, self-realization, and it is within the confines of her cottage, where she continues with the mundane, everyday domestic tasks, that the narrator works through her initial observation.

“A Little Before Seven,” is a deceptively brutal and honest story about the tactics of suppression men and women use in romantic relationships, on themselves and on one another. Breezy and meandering in style, the narrator examines her romantic life from various angles, as if working up the courage to approach the matter head-on—writing, for example,

So strange and inevitable was this thought that I turned away from it for a while and swept the floor, then, after a while, when I regarded it once more, it seemed to me suddenly flat and perfectly harmless, just like the sort of droll wisecrack one might see across those Technicolor postcards of sassy housewives wearing high-gloss palazzo pants in tropic shades of green.

Sweeping the floor, emptying the fire bin, tidying the kitchen—all are tasks the narrator engages in to avoid confronting her recent behavior. She even tries to minimize her self-realization by transforming her behavior into that of an exaggerated version of a frustrated and sassy housewife who externally appears quite cheerful in her green palazzo pants, but who is in fact expressing something quite desperate. In this moment, domesticity is transformed into a depressing punchline about life’s disappointments.

The cottage by the pond becomes a prison of her own thoughts in this story. It is only when she leaves the cottage that she is able to fully confront her recent observation and articulate the reality of situation. Outside the cottage, she is able to “continue looking at the trees while at the same time according the contents of this most recent development a privileged yet manageable place among my thoughts. And so it was that I was able to approach its core without panic or distress, when either or both would have been quite permissible.” The cottage, the primary domestic space in these stories, and in “ A Little Before Seven” in particular, is a contested, contentious space, a place where, no matter how much she tries to impose order through tidying or decorating, she cannot escape her own thoughts, nor can she escape the demands and requests of others. A part of her resists domesticity because it is too severe, too still and straightforward and obvious. In her cottage, she can be located and seen. When it is pointed out to the narrator, perhaps by men she had been involved with, that she would “do well to cultivate a more conventionally orientated set of needs,” she wonders with increasing irritation, “What is one supposed to do exactly? Get cosy? Get cosy, perhaps? Get cosy!” But the narrator does not want to get cozy; she does want to be fixed in the way others are suggesting. To be fixed domestically is to risk being vulnerable.

Toward the end of “A Little Before Seven” the narrator attributes her need to drink in romantic situations to the cottage itself: “I say such silly merciless things indoors, the walls and floor and ceiling press so much acidic nonsense out of me… No, there are times when men and women don’t belong inside rooms. We’d be better off silently overlapping each other; next to a river or beneath the clouds or among the long grass—somewhere, anywhere, where something is moving.” The stillness and fixedness of the cottage, the characteristics that allow her to confront and work through her fears and anxieties, are detrimental to her romantic relationships. Relationships involve seeing and being seen in ways that are obvious and uncomfortable. When it is just two people in a room, it is difficult to approach the relationship from an angle—there is no place to hide.

But the “silly merciless things” that the narrator chastises herself for saying indoors are neither silly nor nonsensical—they are simply straightforward expressions of desire: “I have to try, so very hard, not to say something imploring and unsophisticated, such as: I only wish you could just spend five minutes beneath my skin and feel what it’s like. Feel the savage swarming magic I feel.” The narrator recognizes that a statement of desire expressed in such stark language cannot be delivered indoors because it is too big and unwieldy. The listener receives the statement as a threat and quickly tries to keep it “at bay by tethering worn-out schemes of placid cosiness about the place.” It is the threat of forced domesticity, of transforming the raw desire that races under her skin into something more easily tamed and defined, that prevents the narrator from speaking.