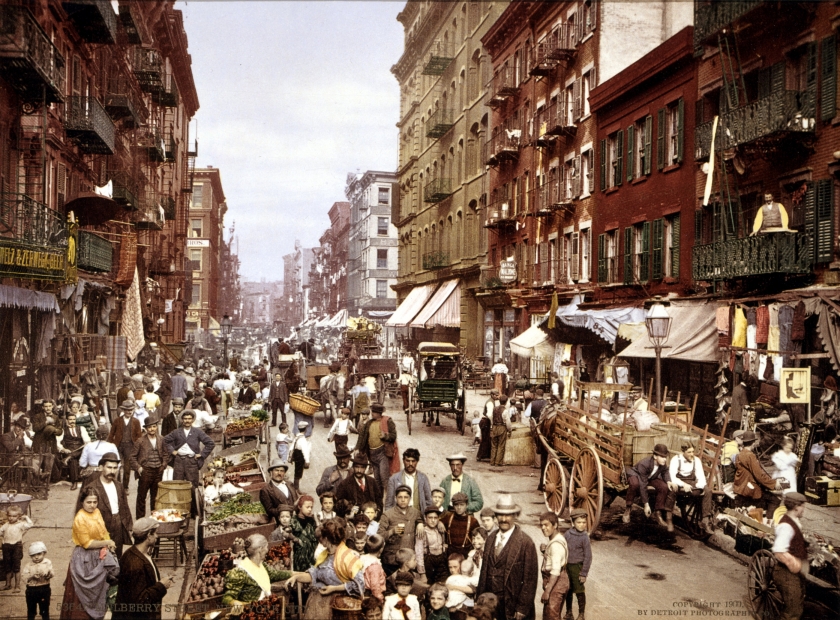 Since Chad Post, founding publisher of Open Letter Books, created The Three Percent blog in 2007, the term the “three percent” has become a household one to highlight the percentage of translated books published in the United States. A decade on, the blog has expanded to include a yearly database, an annual prize, and a book (The Three Percent Problem: Rants and Responses on Publishing, Translation, and the Future of Reading by Chad W. Post), and Post himself shows no sign of slowing down in his quest to expand the reach of literature in translation.

Maria Eliades: Do you think cover design has anything to do with the reading of translations? I have one of your press’s books here [holds up a copy of Why I Killed My Best Friend by Amanda Michalopoulou, trans. by Karen Emmerich], it has a very deliberate, very graphic, almost all text and shapes, copy. This is not saying, to anyone seeing it “This is foreign.”

Chad Post: I think that there’s a part of it that you’re on to something, but I think that there’s a larger underlying problem. Our books specifically have a similar sort of vibe. If you opened one Open Letter, you’d have a willingness to take a chance on an author where you couldn’t pronounce the name maybe, but you’d say, I liked this other Open Letter book, and you recognize them. So a lot of smaller presses tend to do things in this vein, but most of them are published by smaller presses, and the presses tend to have not that much money, and not that much resources. They oftentimes have book designs that are really bad. I do think that book designs play a role, but I don’t think that they’re easy to fix because I think a lot of small presses that do translations just don’t design that well.

In Idlewild Bookstore in New York they used to point out how all Scandinavian books are blue, all Spanish books are red, Middle Eastern books were orange. There are certain color palates and that goes across everything, and that’s dumb. That we fall into those sorts of assumptions and reinforce them, that’s not very good. I do think that the bigger presses know how to design books, and they pay more attention to that. I even have problems with Archipelago’s designs. I find Archipelago’s designs to be off-putting, both in terms of the shape of those books, and the covers are very much what they are, which feels like a small press doing the same thing over and over again for fifteen years.

They hate when I say this, but there’s a thing with that square design that’s hard to read, and the bigger presses pay more attention to that, and know more about that than we do, and there’s an advantage even in that regard. They stand out because of their shape, but they stand out because they’re off putting. There’s a lot of things that designers know at big publishers that they’re privy to and that helps them in promoting those sorts of translations.

ME: You said in a 2015 article published in The Guardian, that publishers should “focus more on cultivating a readership for what’s published, than concentrating on the total number of books.” What would steps be to actually cultivate that audience for what already exists? It’s good to say, “Okay, look: We already have these books that exist, we should get more people to read them rather than focusing on the new ones to come out so that it’ll build the audience”, but how do you create that audience?

CP: I think there are a few things that are done for a lot of other books that aren’t done for books in translation. Like, one is the dedicated push to booksellers from presses. Some of the bigger presses will do Murakami or Stieg Larsson, those sorts of big books will sell lots of copies, and don’t need any help whatsoever. They end up existing almost in a bubble with books of those kind; They’re not talked about as translations. A second level of books, are not by super stars, but are books that are translated. Those presses and anyone trying to cultivate an audience for them can reach a lot of independent booksellers, which are key to creating buzz for these types of books across genre, across country, and across style, and helping generate those conversations. The normal publisher that does English books and translations will tend to ghettoize the translations. They’ll spend all of their marketing money on getting readers for American books because they’re easier to bring the author to the store, they’re easier to explain to people, they’re easier to get people on board. If you did some of those simple things for books in translations, if you made more galleys, getting more of the books out there, not treating them as something that’s difficult but as a book that people will be interested in, I think you start to get more of the audience developed.

There’s a lot more that goes on online and on social media in creating these sort of communities that have come to exist that’s both good for translations and can be a little off-putting because it becomes sort of a reinforced clique where the same people are in all these groups and are talking to each other. That’s difficult, but I think there is some outreach that can be done, even among the American Translators’s Association. If they did more outward-looking events and more outward-looking activities to try to bring in more readers instead of just talking among themselves, you’d end up with a better community of readers. When you have these successes, even The Vegetarian, the Clarice Lispector stories, the success of the Ferrante books, when those successes come about, there’s a good moment for helping reach a broader base, which seems to work in a broader, methodical fashion. 10 years ago, you would have been hard-pressed for a New York Times reviewer to name very many working international writers that weren’t from 30 years ago. But in 2007, it would have been hard to figure out who was popular. You had Bolaño and then you started to have these other people who made it in there, who reached a wider audience, there was more reinforcement, so there was a larger audience when you did Valeria Luiselli. People didn’t have problems reading Valeria Luiselli, and now there’s more Spanish-language, Mexican literature than there was five years ago, because she helped move that bar and the things that Coffee House Press did with engaging with audiences – touring her, doing events that brought in more readers, and working with individual bookstores.

I don’t think there’s one solution. I think it’s mostly making sure that you are emphasizing the books in translation the same way you’re emphasizing a book that’s written in English. For bookstores, I think the selling of books through staff picks, both translated and books that are written in English, and not trying to hide translations, I think that helps bring in a wider audience. Having more book reading clubs at individual bookstores does help, even maybe, counterintuitively, including the fact that it is translated on the cover and inside the book ends up helping in the end, instead of trying to hide it all the time. Big publishers have a tendency to try and bury that, because they feel, “Well, people won’t want to read it.” But you have people reading Ferrante and whoever else comes after Ferrante without question, without saying, “Well, it’s a translation, so it’s not the real thing,” or whatever the perception is. I think a lot of the audience size is based on this prejudice and belief, this preconceived notion that translations are x, y, and z. They’re difficult, you can’t pronounce things. There’s some barrier. And because people assume that, they act in certain ways that reinforce that scenario.

Also we have a bigger problem that people don’t read literary books. So it doesn’t matter if the book is written in English or Estonian. If the book is too literary and not a plot-driven, post-apocalyptic YA novel, people won’t read it. The sales for American novels that are complicated aren’t much better than books that are translated. Most of the people doing translations, the presses are doing books that are complicated and unique and High Modernist things, and that people are saying are important, and so are looking for this rarified sort of book that only has a small readership to begin with. I wonder, and this is only speculating, if part of what Amazon Crossing does and some of the bigger presses are doing with more genre books, the books that appeal to people without being high, crazy, European translations, if that’s going to start to shift people’s ideas too. When translations don’t feel foreign or off-putting, they’ll be more accepting of all of them. That might work in the long run, but I think a combination of things, starting with attitudes among publishers and reviewers, this isn’t like an impossible game. For reviewers what pisses me off the most is that, “Well, we don’t have anyone who reads Turkish, so we can’t possibly review a Turkish novel, because we don’t know how to even treat it.”

ME: What do you see as the future of The Three Percent?

CP: That’s a tough one. What I want to do this year is to increase the amount of content we have on a daily basis. It goes in ebbs and flows depending based on how much time I have, because I’m writing most of the pieces for it. A lot of the reviews are written by other people and I’m generating most news items content, but I’m dedicated to doing three things with it this year. One is to write more extensively long pieces about the publishing industry, translation, and things I find interesting within that. So it could be related to what I’m teaching in the World Literature class, so reflections and stuff, and doing more in depth, long essays. I also want to do things with the Translation Database to do some digging with information we have available since we have ten years of data. We can run lots of reports and find some interesting observations that otherwise would just get glossed over. Starting with this obvious things: How many books are written by women versus men, or out of all the countries that speak Spanish, which ones are the most frequently translated, any reason for that? Looking into the numbers that exist, three percent is the only statistic until there’s a broader picture of what the field looks like.

What the third thing is, because I hate lists, like anticipatory lists, where it’s like, “Here are the ten books you should be reading in January!” I hate those. So I want to do backwards ones, like the ten books that were well received from a particular press or a particular country, because I think that’s more useful, to look at how books actually were received and if people liked them rather than this potentially commercial or advertisement that most of these lists are that are just highlighting the next big book from Random House, I’d rather go back and see, what did people like from Japanese literature last year. Not looking forward but looking back. So I want to do those three things.